Can someone explain the Kanye West/Billie Eilish thing?

Without looking it up, I took it that she stopped a concert because someone was having a breathing issue in the audience.

Whatever she said afterward, West took as a slight against the dude who kept playing when his fans got trampled

Thanks. The headline I saw said something about Eilish stopping a concert to help an audience member and Kanye being mad about it and that made no sense to me. Now Kanye’s reaction still doesn’t make sense, but at least I understand the context.

Not making sense is the norm for Kanye

The quote that Kanye had issue with was while Eilish was waiting for aid for the audience member. She said “We take care of our people. I wait for people to be OK, until I keep going.” Kanye took that as an insult to Travis Scott. I see no reason for Eilish to apologize. She was explaining to the audience what was going on and didn’t refer to Travis Scott.

Also, Kanye is a jackass.

Oh, I suppose the next question is what’s the deal with Travis Scott? 10 audience members died in a crush by the stage at an outdoor Travis Scott concert in Houston. He had no idea what was going on and was annoyed and confused that an ambulance moved through the crowd while he was performing.

I don’t know the name, but I am vaguely familiar with the event you are describing.

I was pretty sure I knew the name, but when I said it to myself it sounded like a white country singer, so I didnt post it, thinking I was wrong

Dylan!=Travis.
Dylan played a local benefit before wider fame. My niece was excited to meet him up close, but sneezed on him. Led to a family saying “Don’t snot on Dylan Scott!” which is sometimes used instead of “God bless you!”

Also, Kanye is a jackass.

He’s a classic narcissist with a bipolar disorder. Not the kind of person you want to be in a close personal or business relationship with. He’ll either take advantage of you or make you miserable. Basically the same issues Donald Trump has except even more neurotic.

Travis Scott is a Grammy nominated artist and also a Kardashian* baby daddy. He’s basically a BIL to Kayne. It makes sense that Kayne would defend Travis if he thought he was being slighted. Also totally in character for Kayne not know the full details and automatically jump on a white girl that just had a big moment in the spotlight.

*Kylie is actually a Jenner, not a Kardashian

That’s zonkatronic. (Spelling? Was in The Good Place as a thing related to that family.) 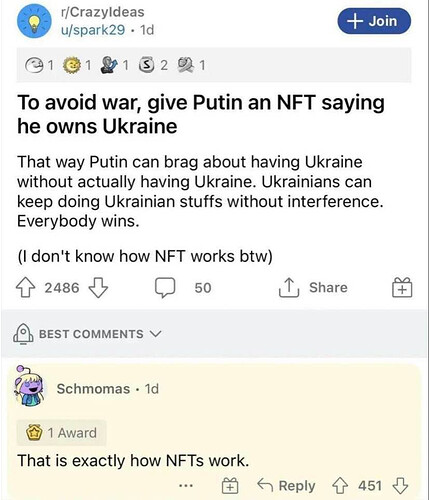 Who is this Harry Styles person and why are so many people obsessed with him?

Maybe it’s just my niece and whoever she keeps “liking” and commenting on various social media platforms.

when it comes to alums from one direction, I always ask my daughter if the guy i am thinking of is “the dreamy one with the great hair.” The reply is always “that’s all of them.”