I haven’t followed the royal family very closely, but many in my close family do and I saw today the accusations of racism on the WSJ so that had me

I don’t follow them either, but I get the feeling that they think highly of themselves…like they’ve been living in an ivory tower.

Also, wife watched the interview last night…I got a kick out of how, at the beginning, they made a point to note that the interviewees were not being paid for this, but news stories were out a few days earlier on how CBS was making beaucoup bucks on advertising…

This article sums it up. This is even before the miscarriage op-ed. 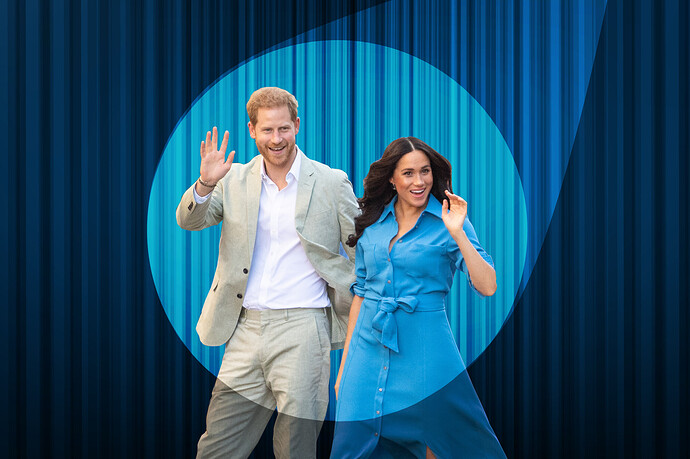 Meghan and Harry insist they’re desperate for privacy — so why do they keep hogging the limelight?

The whole thing is about spotlight, imo. It’s amazing the British are OK subsidizing it.

I wouldn’t be surprised if H & M’s foundations got an uptick in donations after this. So even though they did not benefit from the interview directly, I’m sure there were definitely some other pecuniary considerations.

Who did that money go to?

Who did that money go to?

without having followed most of this, my guess is that harry and meghan wanted to get away from england and away from the racists in the royal family, so moving to the US was their way to do it. that family sounds toxic. Also, in the US, there is going to be less of a focus on the royal family than there is in the UK. he is no longer royal, so there is no longer going to be as much of this obsession on his every move. he probably likes that. so, less about hypocrisy, and more a poor choice of words. they have to live somewhere, and meghan is american, so might as well pick here. obviously they don’t want to be entirely out of the spotlight though.

they haven’t had a good history regarding marriages with Americans, so not surprising

there was something about the royal family being concerned that their baby would be too dark. is there any wonder why they wanted to get as far away from them as possible?

Yeah, fretting about the color of your grandchild seems… wildly toxic. I can’t blame them for wanting to say so out loud. Wow, that must be painful.

Harry isn’t royal blood anyhow. He’s the love child of two commoners. His marriage to Meghan was a convenient excuse for the royal family to excommunicate him from the incestuous royal bloodlines.

Harry was never going to be King. He’s what, 6th in line? Yeah, they don’t need him hanging around the palace.

Harry isn’t royal blood anyhow. He’s the love child of two commoners. His marriage to Meghan was a convenient excuse for the royal family to excommunicate him from the incestuous royal bloodlines.

i heard rumors of that. harry is way more attractive than that blood line would suggest, so i wouldn’t be surprised. his brother william, kinda ugly and looks just like his hideous father. harry, otoh, totally hot and looks nothing like his supposed father. so, where did this hotness and the fact that he’s a ginger come from?

The privacy thing is a two edged sword. They need a certain level of “exposure” to fund their lifestyle, but it can be difficult to accept.

I didn’t see or read about the interview. But to the OP if a bunch of rich white people are racist is that a surprise to anyone these days?

does being rich somehow make you more likely to be racist?

But let’s just say I’m not surprised by revelations about a bunch of snooty English royals looking down on anyone.

You have a very fitting name!.. at least the Yankee part, I’m not sure what the Tripper refers to