So, I thought Bob Saget was a good person. The entire cast of Full House is devastated by his death and have the nicest things to say about him. He’s referred to as “America’s Dad” dying like Betty White was “America’s Grandma” dying.

Then I learned that his wife is 23 years younger than him AND younger than Candace Cameron. He has an ex-wife who is his age. My opinion of him has plummeted you guys. Damn cradle robber.

This is the thread to say all the bad things you’re thinking about Bob Saget.

I saw him at the Laugh Factory in LA about 20 years ago. His act wasn’t as blue as I heard it was.

And who cares about age of a fictional daughter?

it bugs me. do i need a reason?

What do you tell your shrink?

don’t have one, and you’re rude.

doesn’t matter. i judge him for it.

And when they were married they’d have been 62ish and 39ish (not sure of exact dates). They were right on the cusp of the “half your age plus 7” rule at the time.

23 years is quite an age gap, but IMO not as creepy as, say, 52 year old Donald Trump dating 28 year-old Melania (which is a similar age difference, but the relationship started when they were much younger and was way outside “half your age plus 7” when it started).

he totally loved her for her personality you guys 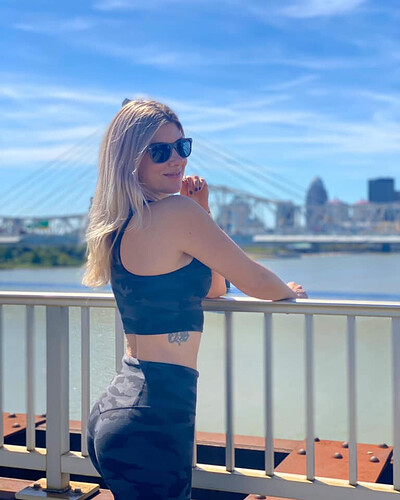 So you haven’t gotten to the point in your life where you realize that age is just a number? [I thought you were roughly my age, so that surprises me.] And we’re all just humans at different points on this continuum? And that adulthood stretches from roughly 20 to roughly (I don’t even know … 70? now) where during that period we are all essentially the same?

In terms of how she looks, it’s no secret that men prioritize looks in a different way than women do. There are plenty of studies and conversations about this. Do you take issue with a mildly attractive celebrity dating a smoking hot woman when they are roughly the same age? If not, then I don’t know what her looks have to do with the conversation.

um, if age is “just a number” then you wouldn’t have older men seeking out younger women. so nope, try again!

age is also not “just a number” regardless. people have different maturity levels as they age.

Actually friends fixed them up and they dated two years before marrying.

so, that 5 year old is equivalent to a 40 year old in maturity because age is “just a number”?

well, picking someone for their looks is a shallow reason and that is most definitely one of the factors here. that factor alone makes it somewhat of a shallow relationship.

there might be other non-shallow reasons, but looks are a factor and looks are shallow.

he totally loved her for her personality

She seems nice. And single now, too, eh?

I’ll continue, even though I know it’s pointless in this case, because your feelings are clearly pretty deeply rooted and a sensitive subject.

Again, there is deep documentation about the different evaluation of looks between men and women. (Spoiler, the conclusion is not that men are just jerks). But both men and women value looks to at least some extent. I’m sorry that you are so jaded about the value placed on looks, but the reasons are not necessarily shallow.

If nothing else they are partially biological, with looks being a strong signal for chance of your family’s prosperity (bigger men to hunt and protect belongings, more fertile women, etc.). Clearly they play a lesser role in that now, but the biological reason we value them is hard-wired in our brains.

Even today, though, looks signal overall health, which directly impacts longevity. They signal / are correlated with overall self-esteem and confidence, both of which are attractive for non-shallow reasons.

that’s quite a lot of twisting going on to claim that marrying for looks isn’t shallow. if you’re claiming that, what actually would be shallow? seems that “shallow” doesn’t exist at all based on your definitions.