And now the physical intimidation starts

Sorry.
Should have fugurrd out how to report, instead of just complaining in here.

Twig, you are better than this.

That is a gross understatement of what happened.

They physically ran a caravan containing a political candidateboff the road, crashing into the democrat’s vehicles.

And then the Texas Republican party, Fox News and Trump came out in support of this assault.

I think these actions are huge.

This is a big deal

Oh, I didn’t realize it was that bad. The article I read about it made it sounds like they just blocked the road or something but maybe it was from Fox or a Sinclair-owned station or something.

If that’s how it went down then those involved should definitely be arrested and serve real time for that. Yikes.

I’ll have to look for that when I’m able to watch a video. I definitely haven’t seen video… just read an article that made it sound like it was bad, but not THAT bad.

You can report posts.

Plus if enough posters with high trust start reporting posts, the software will hide the post even without mods. So be active in reporting, folks can self moderate to an extent.

(We need a handful of the custom smilies we had on the ao. This, “over your head”, “party”, and maybe one we never had, “i fixed your post”.

To anyone who isn’t sure HOW to report a post, use the “flag” button underneath the post. If you want to give a description of why you are flagging the posts, use the “it’s something else” button – that gives you a text window. The other two just send a report.

Better yet, do the interactive tutorial that discobot offers. It includes how to “report a post”.

Not bloody yet. But I predict it will be.

Drove by a “Trump Train” in Louisville yesterday. These things could definitely intimidate people. Reports on social media and the real media are saying folks are swerving Biden stickers off the road and whatnot. This is really bad. 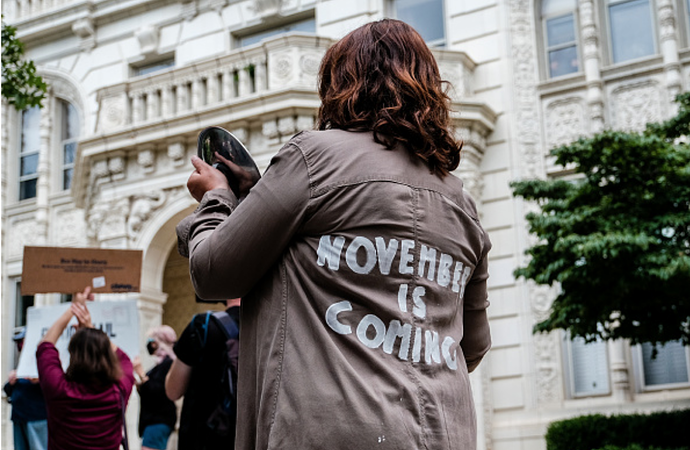 10 things you need to know to stop a coup

While keeping people focused on a strong, robust election process is a must, we also need to prepare for a coup.

More shit happening: need to identify the traitors so they can be harassed after the election: 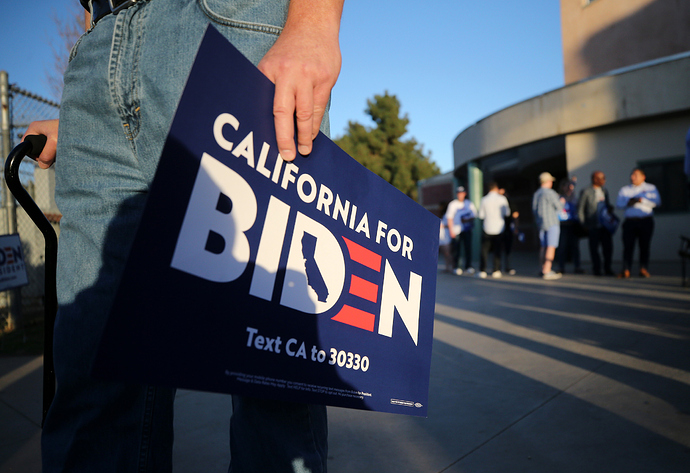 Mysterious blue dots spray-painted in front of home of Biden supporters in...

Residents of Roseville described feeling "scared and extremely upset" after the dots appeared days before the election. 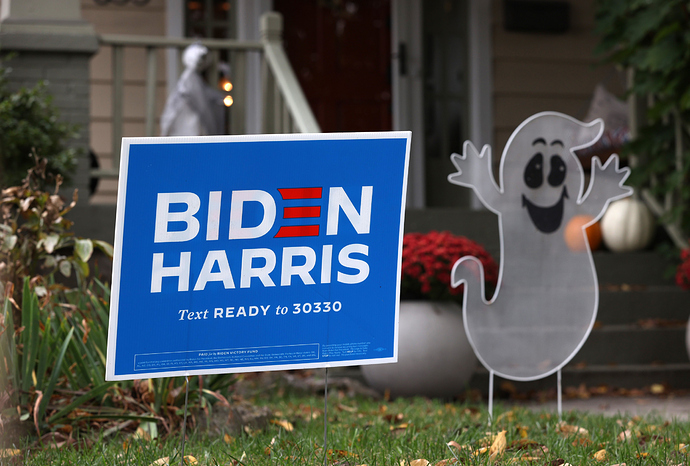 Elderly Ohio man says he had "living daylights" kicked out of him over Joe...

In a recording of the 911 call, obtained by Newsweek, 84-year-old Bruce Barrick told a dispatcher: "This guy's an idiot!"

There was another one about a rally in FL, but Newsweek thinks it’s worth my paying them, so sorry.

Geez, both of those are awful. What the hell are they planning with the blue dots?

Hubby didn’t want a BLM sign or any political signs in our yard because he worries about my safety when he’s not home, but we do have a “hate has no home here” flag out front. I wonder if I should pull it in for a few days.

Geez, both of those are awful. What the hell are they planning with the blue dots?

I assume they are marking Biden supporters in case Trump loses, they can go back and do something.

My signs are definitely coming down before results start coming out.

I assume they are marking Biden supporters in case Trump loses, they can go back and do something.

Obviously. What is the “something” is what I’m wondering.

My signs are definitely coming down before results start coming out.

OK, I’m going out and pulling it out until at least the weekend. Humph. Stupid Trump supporters.

If I had a Biden sign, or something else that becomes obsolete after voting ends, I would take it down. I have a “Black Lives Matter” sign and a “Thank You Essential Workers” sign. (Which lists the police, nestled among grocery clerks, nurses, bank tellers, and other essential workers.) They will both continue to be relevant for a while, sadly.

Egg the house.
Paint-ball it.
Light it on fire.
Shoot it up a la “The Gauntlet.”
Bleach the grass.
Slash tires of cars in the driveway.

I mean, you have an imagination.
Any kind of vandalism. We know what evil is capable of.
Going out now to check for blue dots…

I live in a wealthy purple suburb, full of people who lose if we have a lot of civil disruption. I also know all my neighbors. The odds of physical violence in my neighborhood seem remote. If I were more worried about my safety, I might take down my signs, too.

I think you are in a part of the country where it is less dangerous to be openly supportive of Black Lives Matter than me. Like I said, hubby wouldn’t allow it here. And since he would be the one to deal with any intruder if he was home, I am absolutely letting him make that call. I was supportive of putting up a BLM sign.

We ended up settling on the “hate has no home here” as something that would not be perceived as anti-cop (even though of course BLM isn’t really anti-cop… it’s anti-police-violence which isn’t the same but too many people think the two are one and the same) in the event that I ever needed to call the cops when he wasn’t around.