And now the physical intimidation starts

Trump won’t do it, because coward, and only suckers do other people’s bidding, but here’s Texas gonna Texas: 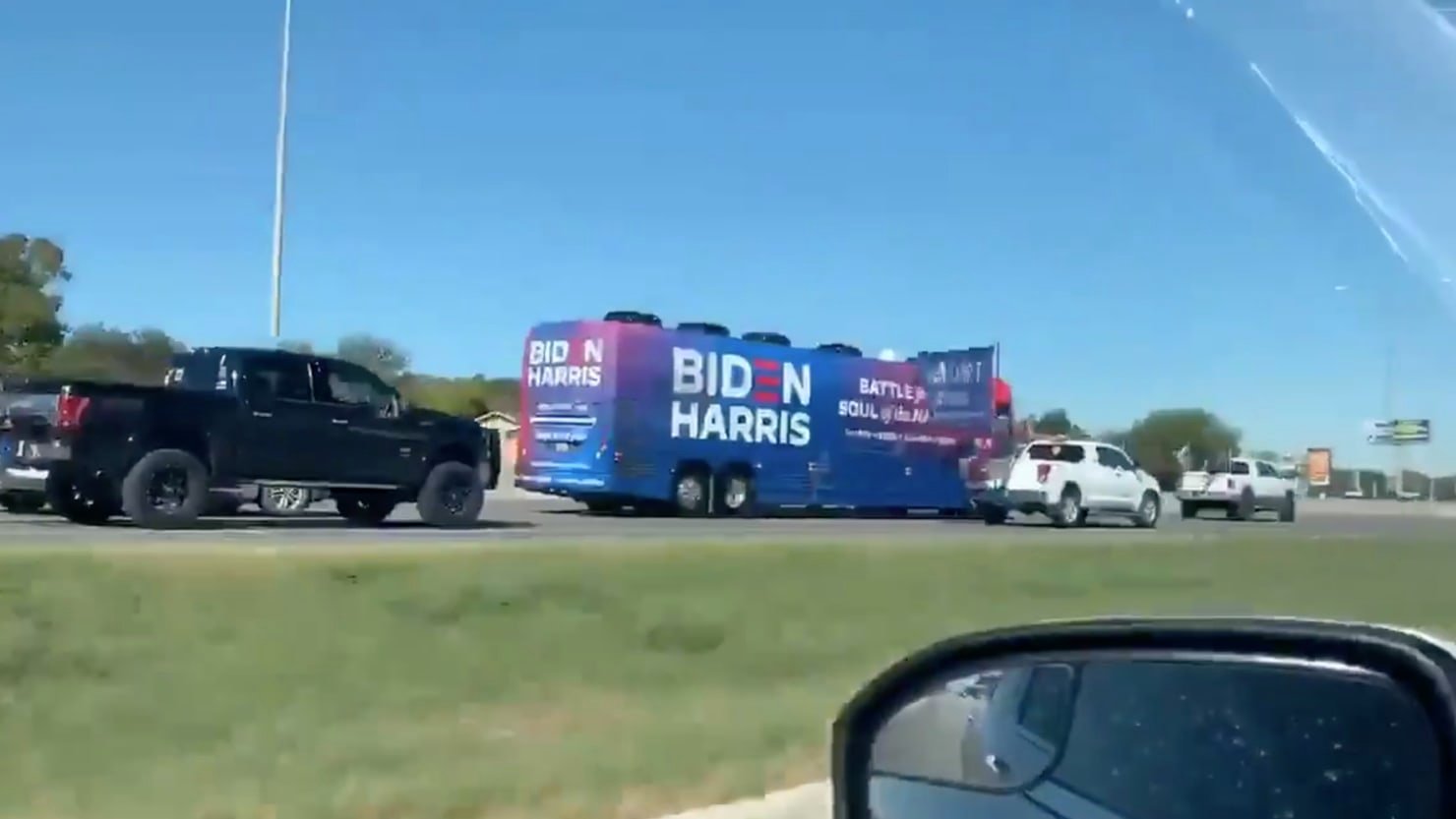 Dozens of pickup trucks, many with Trump flags, surrounded a Biden campaign bus as it traveled from San Antonio to Austin.

This isn’t good.
His followers will not accept the defeat.
Violence will be bad.

His followers will not accept the defeat.
Violence will be bad.

To be fair, there are plenty of violent people on the left too who will go berserk as well.
It’ll be interesting to see how it plays out.

we have too many goddamn armed people in this country!!!

Please do not both sides this.
Bring up examples of actual voter intimidation and/or violence from ‘the left’ if you are claiming that.

We have blatant voting intimidating happening this weekend, with full support of local law enforcement.

Reminder: "law and order" is fascism, not democracy. Laws can be immoral. The cops here are participating in voter intimidation. The "order" they want is disenfranchisement, not justice. Democracy gets loud. Democracy is ready to throw hands when human rights are on the line. https://t.co/lvBjtyeKWg

Yesterday, a pro Trump caravan, escorted by Fort Worth police, tried to intimidate voters by driving through a polling station in a predominantly Black neighborhood. But the community wasn’t having it. pic.twitter.com/zN4YS46NaF
Whiskey October 31, 2020, 10:35pm #6 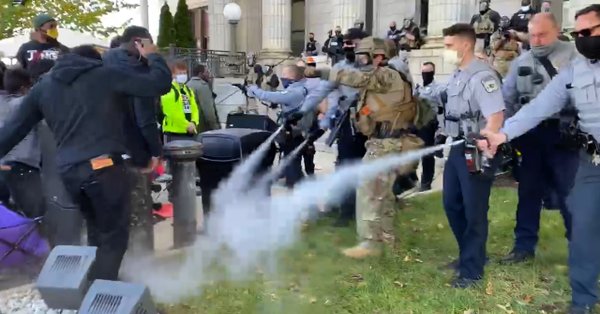 I agree. If there’s one thing we’ve learned lately, it’s that you can always count on the right-wing extremists to start rioting and looting when things don’t go their way.

I plan to buy a lot of groceries this weekend, and hope that things don’t get too violent after the election.

I also plan to quarantine for two weeks before thanksgiving, in case my mom is healthy enough to join us. So I’ll be shopping for T-day.

Kids will be reading about Bloody Texas in the History books someday. Depending on the publisher, the Freedumb riders win, or Democracy saves the day.

This is not good

Do the math. A vote for a Democrat suppressed is the same as a vote cast for a Republican. It’s a smart strategy for Trump and the Republicans, especially since there will likely be more votes for Democrats this year.

It is treasonous behavior if you consider governing by the will of the people as a fundamental aspect of America.

All of the high profile violence caused during George Floyd protests has been linked to right-wing extremists. You might want to re-think this line of trolling.

I agree. If there’s one thing we’ve learned lately, it’s that you can always count on the right-wing extremists to start rioting and looting when things don’t go their way.

Taking advantage of a protest to riot and loot is wrong.

This is true.
Particularly true in Minneapolis.

Also, you should put this poster on ignore, until the mods get around to restricting their access or banning them for trolling.

Kids will be reading about Bloody Texas in the History books someday.

Was it actually bloody or did the Trumpkins merely impede Biden’s progress? That’s pretty bad, of course, but not actually “bloody”.

Or are you anticipating what will happens if Texas votes Dem for the first time in 44 years? In which case I hope you’re wrong, but concede that stranger things have happened.

You can report posts.

Plus if enough posters with high trust start reporting posts, the software will hide the post even without mods. So be active in reporting, folks can self moderate to an extent.

That does not appear to be the strategy that republicans have been using. They’ve realized that achieving their goals through popular consensus is not a workable strategy.

They’ve done well at it, though. They’ve stolen 2 out of the last 5 presidential elections by winning the race yet losing the popular vote.