And Now, the Petty Crap Starts 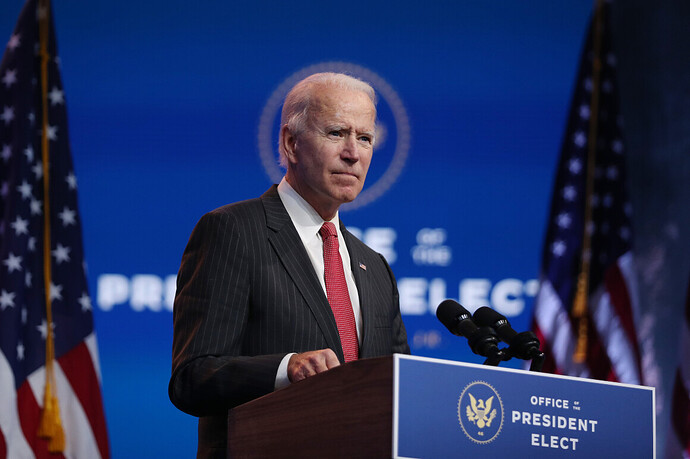 The most direct way the Fed could increase its aid to the economy is through two temporary lending programs.

Taking his ball and going home, like a baby who didn’t get his way.

The remainder of the $500B being moved violates the CARES Act.

Not sure about the “and now”.

This is a guy who got impeached for attempting to blackmail a foreign government into throwing shade on a future opponent’s kid.

Purportedly announcing his 2024 campaign run on 1/20, perhaps even as Biden is being inaugurated.

So how big will the crowd be for Biden’s inauguration? Larger or smaller than Trump’s?

We know what Trump will say, but what predictions do GoA posters make?

I would hope a lot smaller, what with the pandemic and all.

I would hope a lot smaller, what with the pandemic and all

Unless Sean Spicer becomes the press secretary, it will be way smaller

It’s unbelievable how quick Trump turns on Republicans that do not do what he wants. These governors that he is throwing under the bus for certifying the election. I guess it partially explains why the other Republicans won’t call him out. There is an interesting dichotomy going on here. Trump has brought a bunch of voters into the Republican fold and Republicans really need those voters to win future elections, but they are turning off almost 100% of everyone else to support Trump. When Trump goes away these voters he attracted from the ranks of non-voters and the Democratic party will not be nearly as enthusiastic and at this point the opposition to Trump is very strong and enthusiastic.

Pardons for anyone and everyone - especially if you’re willing to buy one.

Outgoing president will not even invite successor to White House

“Gonna lock it up and take the keys with me, because Waaaaaah, I’m a baby.”

And GA Governor Kemp even qualified his certification by saying that it was done according to the laws but suggested that laws be changed to make mail-in voting more secure (i.e., create another barrier to discourage voters).

I believe GA Governor Kemp is saying he wants mail-in ballots to be as secure as in-person voting. I’m not sure how you can equate that to being “another barrier”. It’s merely improving the integrity of the results and reducing the ability of people to question the legitimacy of a candidate’s victory. And right now that sounds like a good place to be.

Yeah, sounds like a reasonable stance. It remains to be seen what actual impact any proposed “fix” would have, though.

When Republicans say they want voting to be more secure, they really mean they want fewer minorities to do it.

Every potential fix to ‘secure’ the vote (which is already secure) will have the consequence of making sure fewer minorities vote.

So, expect Atlanta to get one drop box that’s 30 miles away from the city, or some crap like that.

It’s merely improving the integrity of the results and reducing the ability of people to question the legitimacy of a candidate’s victory. And right now that sounds like a good place to be.

You watch the statement DJT just put out? I’m sure, we were SO close to getting election integrity sealed up tightly enough for him to be satisfied.

Words are meaningless without intent or context. I can say I want a hot woman in my bed tonight; that could mean my wife, or Kate Hudson, or one of my best friends, or Jean Grey aka Dark Phoenix.

The next time there is an election (after the GA runoff) we don’t expect to be in a pandemic so I don’t see mail-in as such a big issue. GA has 3 weeks of early voting, with the polls open on weekends.

This seems petty: a separate inauguration, for the traitors who refuse to follow the rule of law and think their opinions are all that count. 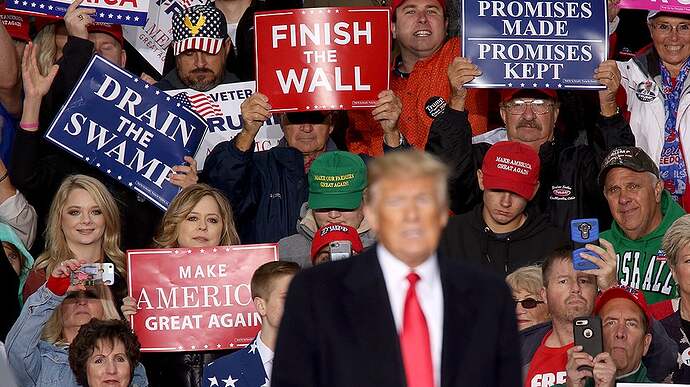 Thousands of Trump supporters are planning a virtual “second inauguration” for President Trump on Jan. 20, the same day as President-elect Joe Biden’s inauguration.

I mean that’s kind of literally insurrection, no?