I’ve seen a few juicy tidbits, but haven’t been following too closely.

Today was a blockbuster though: apparently Jones’ defense team accidentally sent the lawyers for the Sandy Hook parents the entire contents of Jones’ phone. They’re just now revealing some of the details.

Jones had previously testified he had no emails about Sandy Hook. Apparently there are lots of them, and they are being shown in court.

While Jones was pumping out his Sandy Hook misinformation on InfoWars, the program was sometimes pulling in up to $800K a day in 2018.

It’s going to be interesting to see what January 6th emails and texts are in there.

I don’t see any big outlets with the details yet, but this is from Ben Collins at NBC news so I think it’s coming tonight:

@
Wow. Sandy Hook parents' lawyer is revealing that Alex Jones' lawyers sent him the contents of Jones' phone BY MISTAKE. "12 days ago, your attorneys messed up and sent me a digital copy of every text" Jones has sent for years. "You know what perjury is?" the lawyer asks.
Rastiln August 3, 2022, 5:48pm #2

This is a great example of how not to conduct a defense. Allegedly he’s going to be convicted of perjury follow the trial.

It’s almost enough to wonder if the defense attorneys are trying to sabotage him, but realistically it’s just a shitshow by a man I can’t believe is even still alive.

His lawyer is going to be lucky to have any proof he ever had a law license by the time this is done.

The questions the jury asked of Jones were … weird. More touchy-feely things, the softest of velvet gloves, like they were looking for any sign he was remorseful - and he put on a great performance. The question I’d have asked, and I’d have asked for it to be asked last, would have been throughout this trial, you’ve been shown to have lied repeatedly and you’ve lied here today. Why should we believe your words now when you’ve shown you’re willing to lie about anything and everything to avoid responsibility?

I will say his bankruptcy filing should get thrown out with prejudice and very likely criminal charges for perjury in those filings.

AJ makes a good point, though. It’s not perjury if you believe it’s true.

What’s the bar here? He was asked if he had texts or emails or whatever related to Sandy Hook. Can he just stick his head in the sand and never bother to search and just say ‘nope, nothing like that in my possession?’

Is it a crime to not at least search your email for the word ‘Sandy’ and ‘Hook’ during discovery? Or if this isn’t quite perjury, is it punishable under the false statements law? I get that it’s really hard to prove intent, or prove what AJ really does and does not believe, but I wonder if this won’t get prosecuted somehow since it seems pretty clear that he did no due diligence to confirm his ‘belief’ that no such emails or texts existed. IANAL. 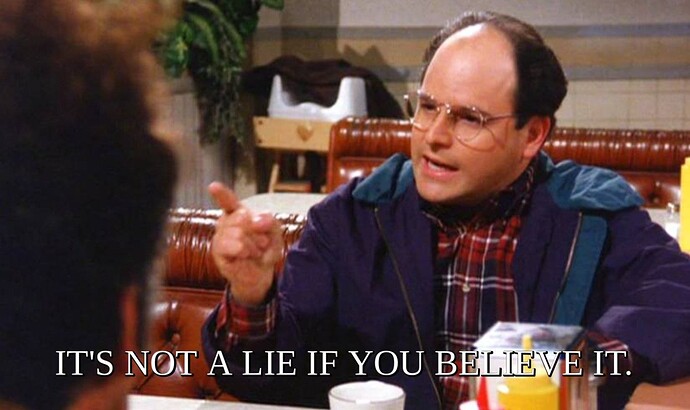 I believe I read that under oath he said he searched his phone and found no texts about Sandy Hook and that he wouldn’t be tuning over any e-mail because he didn’t use e-mail.

Yep, I just watched that portion. Alex says he did search but he is ‘not a tech guy’ and that he had several phones with that number. He was avoiding questions hard and the judge called him out, it was a bad day for AJ. You hate to see it.

Dunno. I wouldn’t say I “hate” seeing a delusional blowhard caught in a lie. 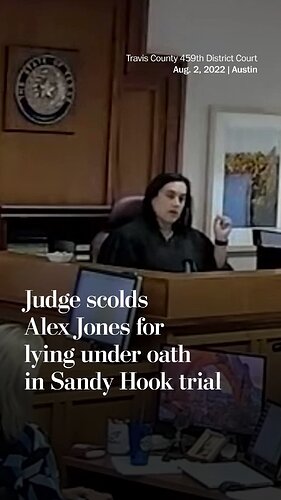 @
A judge scolded right-wing conspiracy theorist Alex Jones on Tuesday for lying under oath during his defamation trial in Travis County, Tex. “You must tell the truth while you testify, Judge Maya Guerra Gamble said. This is not your show. https://t.co/YzxxNm93Op”

One minute video.Props to the judge for keeping even tempered.

Sorry, that was supposed to be red font there. 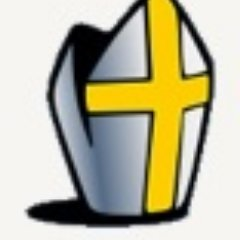 Alex Jones At The Tower of Babel

When Different Languages Collide In Court

I’m going to go WAAAAYYYYY out on a limb here and predict that nothing significant happens to him.

For perjury? Probably, as I imagine the penalty will be relatively light. Is he going to get taken to the cleaners in this and other civil suits? I’d bet yes. I know most of his businesses have filed for bankruptcy, but reportedly he still has a lot of annual income from sales of snake oil.

The current trial IS a civil trial though, right? Defamation is a civil matter, right?

He perjured himself in the defamation trial. Perjury is a crime, so he will potentially face an upcoming criminal trial.

But if I understand correctly, this is one of a bunch of civil trials.

Yes, this is one of multiple civil suits. He will probably face a criminal case for perjury.

Yeah, but the extent to which he is actually made to pay is limited if he’s transferring assets to shell corporations owned by his relatives.

Hopefully they clawback every penny and leave him destitute.

But that probably wouldn’t happen.