It’s most relevant to pensions/Social Security systems, so I’ll drop it here 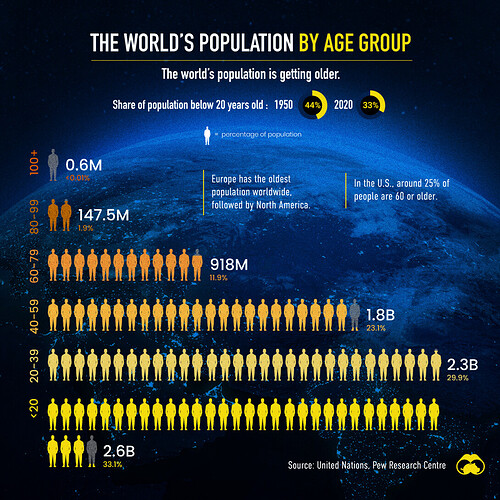 33% of the world's population is under 20, making young people the largest demographic worldwide. But this might not be the case forever. 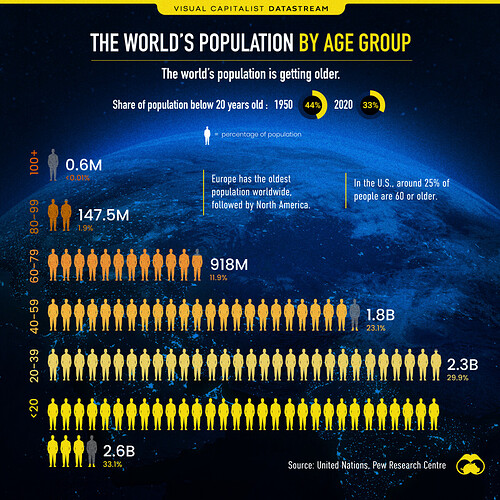 Okay, this visualization is not so much about aging.

Here’s the text that matches the title:

In 2020, more than 147 million people around the world were between the ages of 80-99, accounting for 1.9% of the global population.
While that percentage may seem small, that particular demographic accounted for merely 0.05% of the population in 1950, meaning our world has a notably higher percentage of older people than it did 70 years ago.

Why is this significant? An aging population typically means a declining workforce and an increase of people looking to cash in their pensions. This can put pressure on the working class if taxes are raised.

Of course, an aging population can have positive impacts on society as well. For instance, elderly citizens tend to volunteer more than other age groups. And research has shown that older communities have lower crime rates. By 2050, the crime rate in Australia expected to drop by 16% as the country’s population gets older.

To mitigate some of the risks associated with a rapidly aging population, certain countries are working towards more sustainable pension systems, to support aging citizens while taking the stress off the working population. 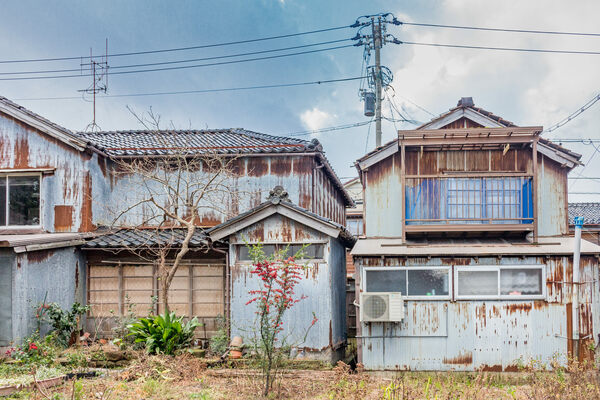 Young heirs are abandoning the family homes of their forebears.

Japan’s population figures have been on a troubling trajectory in recent years. A rapidly greying society, combined with low birthrates and virtually non-existent immigration, has put Japan on the path of significant population contraction. In 2018 the population declined by 449,000, the largest such drop since record-keeping began in 1968. Census figures show a population contraction of nearly 1 million people since 2010.

Compounding the issue is what Meiji University professor Hisakazu Kato calls the “pole society” phenomenon, wherein the poorer, rural prefectures with higher birth rates lose residents to the economically strong, but low-birth rate, metropolises such as Tokyo and Osaka. That one-two punch has contributed to the country’s chronically low birthrate, putting the country on the path of a projected loss of one-third of its population by 2065.

As a town’s older residents move to assisted living facilities or die, their homes pass down to their heirs. Younger generations, now increasingly located in Japan’s major cities, often have no interest in inheriting or maintaining the family’s ancestral home deep in the countryside, beyond paying the required property taxes. In other cases, officials are unable to locate or identify the proper heirs, leaving the fate of the property in a state of limbo. 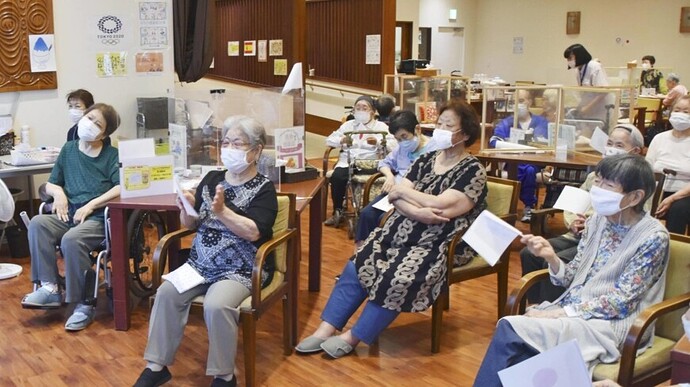 The share of aged adults in Japan's total population rose to a record 29.1%, the highest among 201 countries and regions across the world. 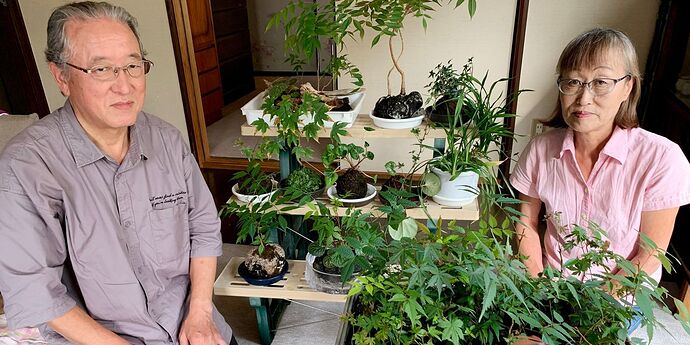 Parts of the world’s oldest nation have bumped up their classification for the elderly to 75 and older.

Sachiko Kobayashi turns 65 next year, but she isn’t eager to be called elderly – not with a job making box lunches, a crafts business and a garden full of pumpkins and radishes.

The good news is that so long as she stays in Nagano, she won’t be elderly next year, or even in 2030. The city, eager to keep its older residents active, has redefined the word so that only those 75 and older qualify.

“I think it’s a natural move, because people in their 60s are much younger than I had imagined before,” Ms. Kobayashi said.

Japan is by far the world’s oldest nation, with more than 29% of the population 65 or older, compared with 17% in the U.S. and 21% in Europe. Efforts to get younger have gone nowhere. The birthrate is still falling and immigration has nearly ground to a halt with Covid-19.

Linguistically, however, Japan is at the forefront of change. Millions of people have learned they no longer are old, but merely “pre-old.”

That is the terminology suggested by both the Japan Gerontological Society and the Japan Geriatrics Society, which say the 65-to-74 range now should be called “pre-old age.” The government says the idea is worth looking at and has modified its annual White Paper on the Elderly to make clear it isn’t necessarily calling people in their 60s elderly.

Japan does have a thing for robots (yay, Astroboy!), so hopefully they’ll get them up and running in time to do all the work for the aged population.

Let me grab a few graphs 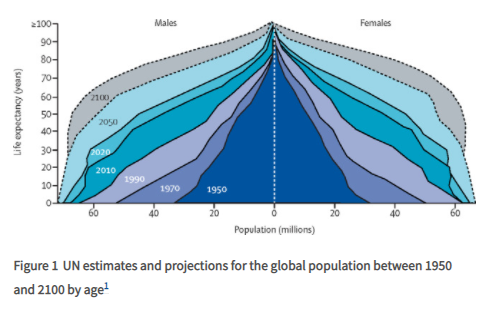 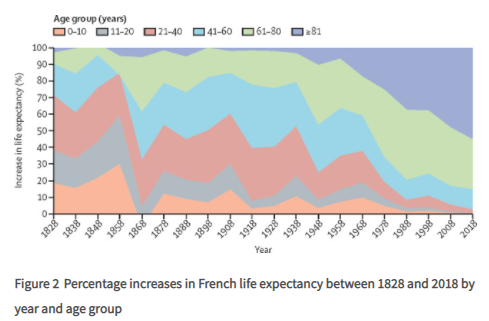 percentage increase relative to what? 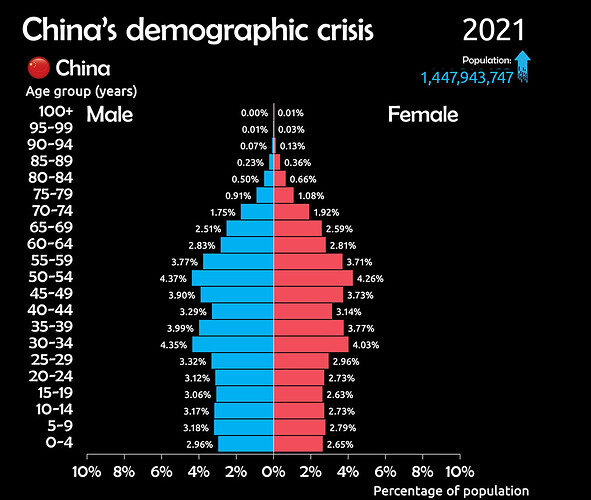 nice, it embeds vimeo vids, too

so 12 more years before it hits peak head count. their main problem is the disproportionately male population (currently under 45), right?

their main problem is the disproportionately male population (currently under 45), right?

I’m not sure this is as much a problem as people claim it is. Well I don’t know why people think it’s a problem.

as long as those extra men are gay china will be fine.

They could export some men

I understand there are some very traditional ways of exporting men… see the world! Excitement! Other countries also get excitement!

At a societal level, unmarried men (presumably who are also not in a stable gay relationship although that’s probably not specifically been studied but most likely true) are disproportionately likely to turn to crime.

It’s hitting lower class men really hard. There is a shortage of brides available, so the lower class women can (and do) marry up. Leaving essentially no one who is interested in dating/marrying straight lower class men.

No wife and child to support makes a life of crime less risky and therefore more attractive.

as long as those extra men are gay china will be fine.

Not enough of them are to counter-balance the differential in birth rates. And of course women can be gay too… so what you really mean is that a greater proportion of men than women need to be gay for the straight male/female numbers to balance. And while there probably are more gay men than women… not enough more.

They could export some men

This is certainly happening. Especially among educated men. But it’s happening with educated women too.

I’m not sure of the gender imbalance of Chinese expatriates.

This is certainly happening. Especially among educated men. But it’s happening with educated women too.

I’ll be more explicit about the “traditional excitement”: I meant war. Export the excess men via armies.

I understood that you were referring to war in your second paragraph.

But my point was that there are already a lot of Chinese emigrating for other reasons. 39.5 million Chinese emigrants according to the first source I found. That’s 2.8% of their population, which isn’t massive, but it isn’t nothing either. 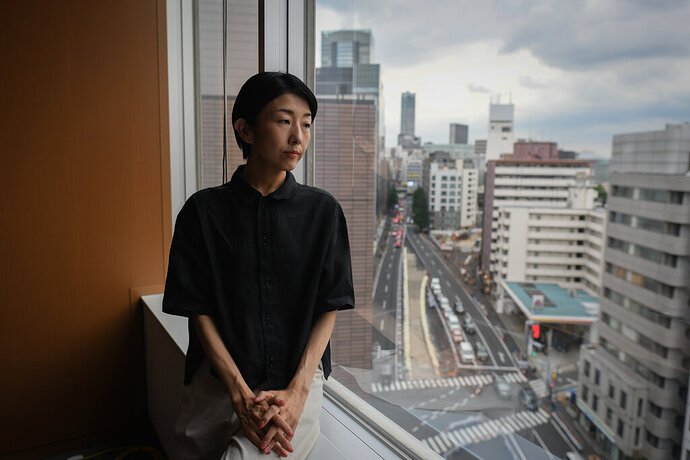 A Filmmaker Imagines a Japan Where the Elderly Volunteer to Die

The premise for Chie Hayakawa’s film, “Plan 75,” is shocking: a government push to euthanize the elderly. In a rapidly aging society, some also wonder: Is the movie prescient?

completely on board with this, as well as homeless people and anyone suffering.