Ok, I have a first cousin previously unknown.
Common surname is my maternal grandmother’s.
Only half the ancestry of a confirmed first cousin, so half-first cousin?

Sooooo, Anyone else with skeletons? 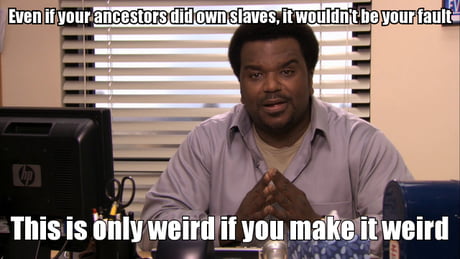 One of my relatives even went to debtors prison

Go far enough back and EVERYONE has an ancestor who owned a slave. The practice has been too prevalent in human history. (Okay possible exception for members of isolated tribes that have had almost no contact with outside world. But given explorers and human nature I wouldn’t bet too heavily even on that.)

Well I guess if we go far enough back we’re all related to Charlemagne because of inbreeding, but at least in recent past I’m fully relying on the security in knowing how desperately poor my ancestors were

I think it’s actually an interesting legal question. My BIL is one of the types who is super concerned about giving anyone his DNA, but then investigators can figure out your DNA now merely based on having the DNA of lots of distant cousins. He would argue that’s his property. I don’t think it’s as black and white as that, since you can recreate his DNA with distant relatives’ DNA. Really we’re less unique than we think.

I have a half aunt that we didn’t know about until my grandparents passed away. The whole extended family knew but kept it a secret from my mom and uncles until after my cousin found a letter cleaning out my grandfather’s apartment. My uncle later had a genetic match on 23&me which would have been a surprise. I’ve thought about reaching out to the woman but my mom and uncles are a little tender about it.

My ex has a half-aunt who was the result of his grandpa cheating on his grandma. It’s kind of a weird thing. Grandma knew, and requested that half-aunt not contact the rest of the family until grandma was dead, which half-aunt respected.

Then like a year or two after grandma died, half-aunt reached out. Looks very much like grandpa, so seems legit. And there are letters and documents basically proving that she is who she says she is.

One of Dad’s second cousins is either a convicted killer who served life without parole, or married someone who went on to kill and get convicted and serve life without parole. I used to know the details, but now I can’t find our family book to dig it back out and re-trace it.

I am a little curious but also afraid of genetic testing.

My father’s bio-dad was married to his mom. After my dad was born, bio-dad took off, never to be seen or heard from again. Just went out for milk and never came back. This was the late 1940’s. Eventually, she divorced him in abstentia and later she remarried. 2nd husband legally adopted my father. [this is the true but abridged story without some of the f’d up details]

I’d like to know more about the bio-dad (my bio-granddad), including family medical history and maybe a little about whatever happened to him. I know his name (it’s a common name, so googling the name does not get any usable results), and I think I have the paperwork for his marriage and divorce.

I haven’t done 23 & me, but I kinda doubt I have any half-siblings or half-cousins or even half-aunts/uncles. Both sets of grandparents were happily married. There are two big scandals in my family with hidden divorces, and my mother is so appalled by those that I’m pretty sure she’d have told me anything she knows on either side of the family.

My uncle’s adult kids still don’t know that he’s divorced / their mother is his second wife. I suspect they’ll be pissed when they find out, although in the interest of keeping the peace I will endeavor to not be the one who tells them.

At one point his (current) wife was giving me shit about being divorced and I glared at her and pointedly stated that there are very few marriages in our family that were untouched by divorce (meaning either the marriage ended in divorce or at least one of the parties had previously been divorced). She shut up, because even though she has never been divorced herself, she knows darn well that she is married to a divorced Lothario.

And the fact that her daughter had a kid out of wedlock has taken a toll on her claim to moral superiority over the rest of us, making family gatherings involving her much more pleasant.

23&me links probable relatives as well.
The issue with both of these services is that the other relatives must also have purchased the service.

This new “first cousin” of mine (I have several others all on my father’s side, but only one of them is on 23&me) is making me curious.
Maybe my mother already knows this person and it’s all legit.
Or, maybe she knows and it’s NOT legit.
Or, maybe she knows and she THINKS it’s legit, but it’s not (e.g., she thinks this is her first cousin, but it’s her niece/half-sister/daughter-of-a-double-cousin).
Or maybe she doesn’t know this person at all and might not want to know. Maybe I’ll have my brother ask her about it, then he gets blamed for her emotions.
Yes, that is the correct course.

Mine was super boring. Verified Welsh/English ancestry. Verified we’re not really Italian despite having a distant relative move from Italy to England generations ago and just passed the name down a bunch of generations.

My wife’s is more interesting. I describe her ancestry as Carthaginian since it sort of reflected their territory. The puzzling one was ~15% Cypriot which we still haven’t really sorted out. All the family of hers that we know about were from Rome-area and Sicily and one relative from Ireland.

Yeah, my ancestry came up as expected: almost-half one-euro-country, almost-half another-euro-country. The remainders are your basic sailors-in-port sexcapades from six generations ago that cannot even be pinpointed beyond “large area of Europe”

Dutch then? Or English…

No.
I was raised to be a good Catholic boy, though I proudly failed miserably at that.
That should be a good enough hint.

I’m afraid it will tell me I was born a poor black child.