yeah, I think that is what confused me.

either way, I hold this less against his career than other cheating

Oh. Also, no cheater should get in before Shoeless Joe Jackson is in the hall.

I am good with Joe being in

Put Joe and Pete in.

Beltran is HOF worthy in my book. He’s got the numbers, 2001-08 was a run of greatness, little hidden in KC. His 2004 playoff performance was career defining. Only thing that keeps him out is the Astros scandal… which I guess is fair the way the writers have been voting.

I’m a big hall guy, I’d put Wagner, Sheffield, Manny and maybe Pettite in. ARod/Bonds/Clemens should also be in, but that’s just me.

He was a guy who did a lot of thing well but nothing great.

sheffield was terrifying. when NY played boston, I was always worried if sheff was at the plate.

then he wrote this and I loved it his response to waiving his no trade from Florida. 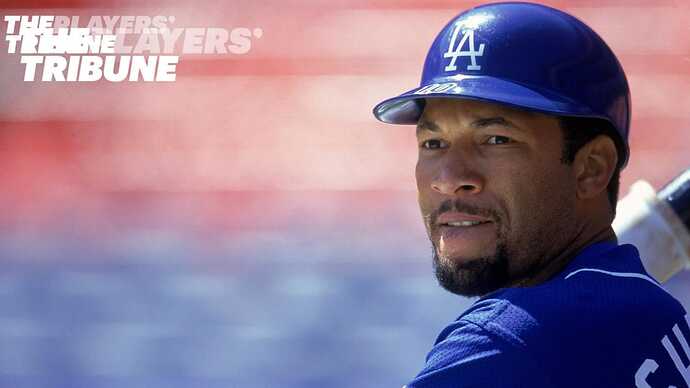 Where I’m Coming From | By Gary Sheffield

If more guys spoke their minds, baseball would probably be an even more high-profile sport. The game needs personalities.

We have done this a number of times, but…

The HoF is a museum. Joe & Pete deserve to be in that museum.
Pete however, has a problem, he has not addressed and should be nowhere around the game in a professional or advisory capacity

I would also put in McGriff, Belle, Allen & Hernandez

Wagner? You can make a pretty good case that he’s the best LH RP in baseball history.

McGriff & Allen for sure.
Belle & Hernandez are closer calls.

watching Hernandez play 1st base leaves me no doubt.

If Brooks & Ozzie can be in 95% based on glove, so should Keith

as for Wagner, I was clarifying not questioning.
Though I am not sure I would include him, reliever is so hard to evaluate

Ozzie is in a class by himself defensively. Especially given the SS position he played.

I do think Hernandez probably should be in the HoF, his offensive stats are good, though not outstanding compared to other HoF 1Bs, but a strong case can be made for him as best defensive 1b ever on top of well above average offensive production. Oddly, BR dWAR does not really like Kieth. Only +1.3 career dWar.

Belle is a guy who if he didn’t get injured probably makes it. He’s also in a somewhat suspect group steriodwise. I don’t think he’s ever been directly linked so I’d give him the benefit of the doubt but given his era, some of his teammates, along with his physique there are potential red flags. Oh and unlike Hernandez his defense is big minus.

BR dWAR does not really like Keith. Only +1.3 career dWar.

Not a lot of names from this era, and one of the few names I recognize (Ken Youklis, played half his games at other positions and those are included)

This name caught my eye so I looked him up just for fun. Played in 100 games from 1884-1890. Baseball reference does show him as 0 career dWar, which appears to be for all positions. However, looks like he only played 73 games at 1B and made 23 errors there. That’s awful. He played 14 games in the OF with 3 errors, 13 as pitcher with 4 errors, and 1 game at 2B with no errors. This guy sounds like butterfingers. Maybe there’s something wrong with their old timer dWar calculation?

Add this to the TIL category:

I decided to dig a little more, and all of the MLB leaders for most errors in a season were in the late 1800’s. There are 16 seasons of players with 100 errors or more. Herman Long has the record of 122 in a season. In his career he made 1096 errors in 1882 games. I knew they wore tiny gloves back then so perhaps that accounts for some of the error frequency, but I was surprised the error frequency was that extreme. I withdraw my comment that the dWar algorithm for the old timers might have a problem. It appears everyone were usually shitty fielders, so dWar is positive for just being awful instead of horrific.

I would also think grounds keeping was poorer and inconsistent