OK, congrats to Man City, who get to play LIV in the Community Shield on 7/29/2022 at King Power Stadium (not Wembley, due to Women’s Euros). Let’s see if these two teams can play the Max number of times this coming season.
Check my work:
Community Shield (1)
EPL (2)
League Cup (2 in semi-finals)
FA Cup (plus a replay? cuz WC, probably not, but if so, 2)
Champions League (2 in round of 16 thru semi’s)
So, nine. 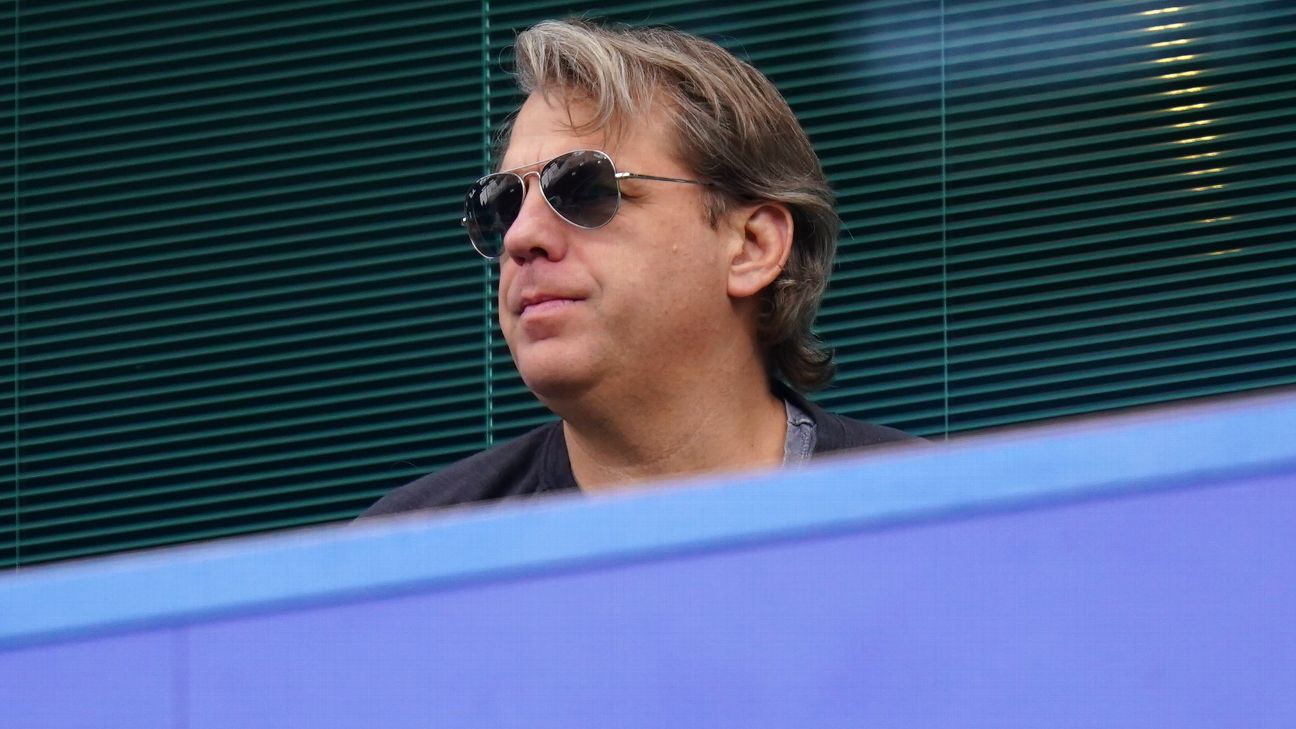 The Premier League board has approved the proposed takeover of Chelsea by the Todd Boehly/Clearlake consortium, the league announced Tuesday.

So, now that a Dodger owner will own CHE, do Dodger fans have to root for CHE? You know, like other baseball fans do?
Maybe CHE will play a match in the LA Area. They are playing ARS in Orlando, on AstroTurf. So, A squads for 20 minutes, B squads for the rest.

FA wants the EPL not to stage any “Big Six” matches the weekend before The WC. 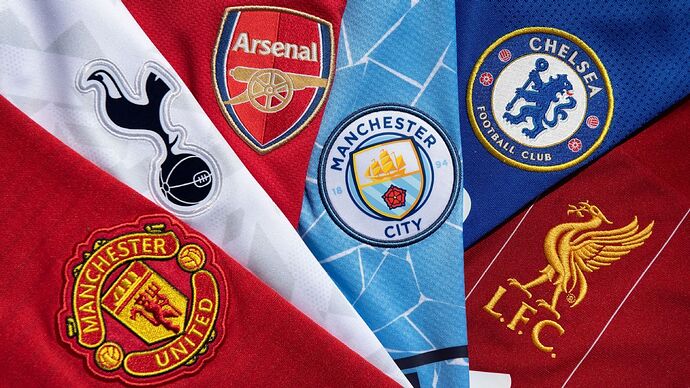 The FA request to Premier League for games between the "Big Six" not to be played on the weekend before the World Cup starts, sources told ESPN.

Best way to handle this is to have them all play each other the week before. I mean, each of them plays five matches against the others. There will be 16 matches played before, then three afterward in the “first round robin” of the season.
Seems not too difficult. Have one Big Six match per week, that’s 15 matches in 15 weeks. Doubling one or two up on one weekend makes it even easier. Having some after the WC makes it even easier.

OK, the new schedule is here!
According to this “analyst” trying to figure out if the schedule actually affects the season’s outcome (guessing he had to make the story interesting, similar to the VAR articles’ slant), MCI should “assert” themselves in the first few weeks, 'cuz easier schedule. 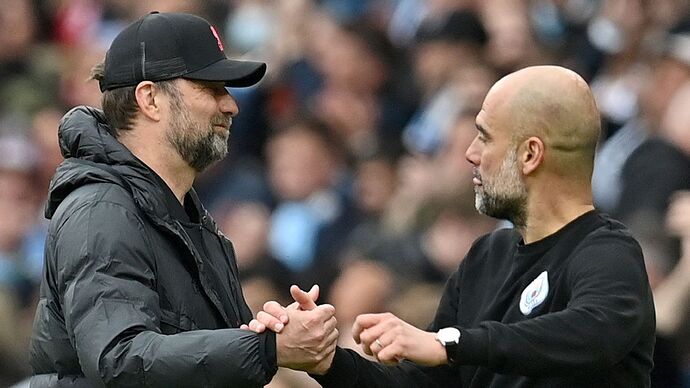 The 2022-23 Premier League fixtures are out! Here's how the schedule will affect the title race and European spots, and which games matter the most.

But, they will eventually play each team twice, so at some point, their schedule will get a bit tougher. Plus, most of the other teams won’t have as many players at the WC, and THAT is the most challenging part of this upcoming season for the top teams, NOT how the schedule was drawn up. Besides, there are FA Cup/League Cup postponements for the top teams, squeezing their schedules near the end.
Expect a closer top six this season than last. That’s JMO. Glad they went back to five subs like all the other top Euro leagues.

Oh, and the EPL acceded to the FA’s request not to have “Big Six” fixtures on the eve of the WC break.

Final kicker: “The games you can’t miss”: there are six. All season long, only six. And, only one of each of the pair of matches the team play each other. The other match will be meh. For example, the LIV-MCI match on Oct 13 you can’t miss, but the April 1 MCI-LIV match, well, that won’t be nearly as exciting. 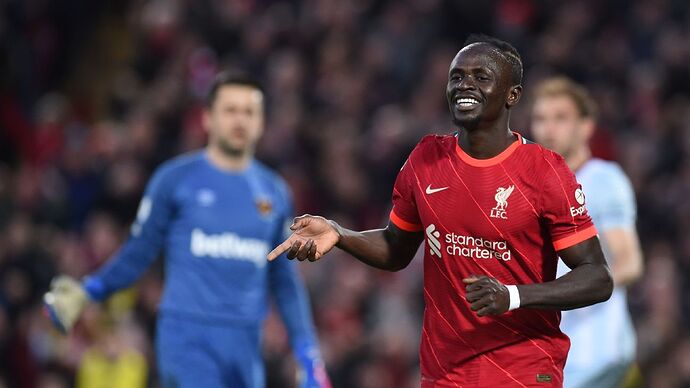 Mane leaving Liverpool for Bayern: Stats show how much he'll be missed at...

Liverpool forward Sadio Mane has opted to move on for a new challenge with Bayern Munich, but how much will the Reds miss his impact?

One of my favorite LIV players. Won’t be missed by most fans of other EPL teams.

While Hendo is the cap, Mane was the soul. There was nobody that could confront Salah about shooting too much like Mane. His strength and speed as well as ability to score with either foot from outside box made him incredibly dangerous. Loved the episode of Salah and Mane on “Besties”.

I did get some favorable feedback on fan site.

Sterling to CHE? I’d rather he wouldn’t, but Haaland is gonna hog the goals for the next several years.

Darren Eales leaves his job as President of Atlanta United to take the CEO job at Newcastle.

I don’t want to paste this everywhere, so I took the one we’ll all be reading and posting to the most, until November. 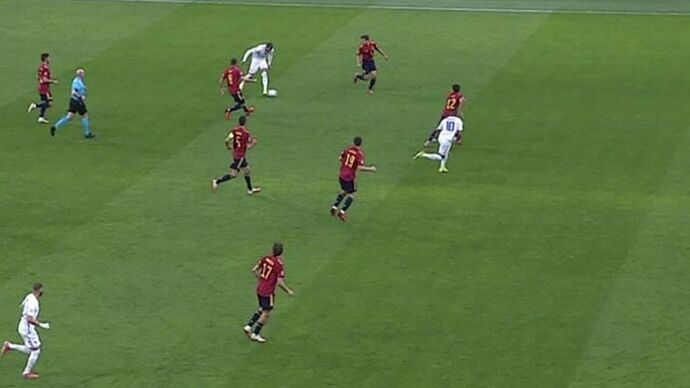 The IFAB has updated its offside guidelines after a number of controversial goals where a striker scored from an offside position.

Although the IFAB has insisted the law itself has not been changed, a new list of guidelines for a “deliberate play” has been issued. It means that a only a controlled play of the ball, such as a misplaced pass, will now reset the offside phase.

The guidelines for a “deliberate play” are now defined as:

Seems to me that this will take up some more VAR time.
This “deliberate” language seems to fall in line with the language found regarding handling.

Holy crap, season starts next weekend!
Are we having a prediction contest??

I see only two matches this weekend so far on my cable: the Friday one and EVE-CHE at… 12:30?? But I’m in the PDT! Meanwhile, the all-important LPGA is on NBC at the usual “prime” time.
Hoping a couple of Sunday matches will be added to the TV lineup, and not relegated (apt) to Streaming.

I am getting “Premier League” matches on cable on Saturday but sadly only Canadian, German and French.

Changes in the EPL (some affect all soccer): 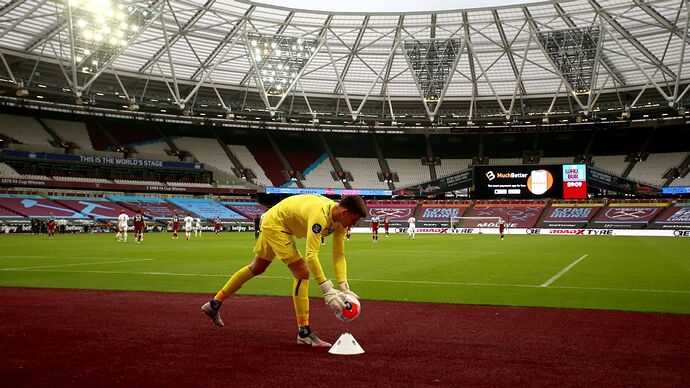 From an offside tweak to five substitutes and a new multiball system, the Premier League will have a number of new features for the 2022-23 season.

Oh, and the players won’t take a knee every match. Only on specific matchdays.

Nice opening weekend. Guess it’s all over, because no matches on Cable tomorrow…

TWO out of TEN on NBC/USA. I get that this is an unusual starting weekend, and other, more important stuff (Women’s The Open Golf) was already scheduled, and oh, heck, put the soccer on Peacock, because soccer is not advertisement-friendly.

Fulham-Liverpool was (surprisingly) the most exciting game today.

Spurs are in first place, but they were also first after the first four games last year….

ESPN seems to want VAR to overturn, or at least have the referee check the monitor, more often in EPL. This is a big change from prior years where the ESPN articles on VAR were all about “what if VAR didn’t exist” with the implication that the game would be better off without it. 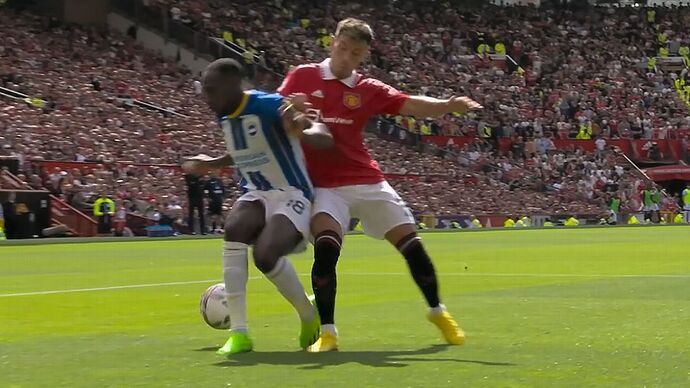 We take a look at the weekend's big VAR talking points in the Premier League, with a host of penalty decisions taking centre stage.