Obviously some questions where the Sun is reporting the story, but it’s pretty disgusting. 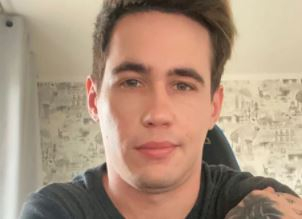 DEPRAVED videos show the twisted world of the YouTube monster who let his near-naked girlfriend die after locking her outside in subzero temperatures on a livestream. Stas Reeflay – real…

This YouTuber has been doing live streams that repeatedly show him abusing his partner. It ended up with him eventually killing her through hypothermia after he dumped water on her and forced her outside in freezing conditions. He eventually let her back in the house but he failed to get her medical attention in time and she ended up dying.

Disturbing videos taken from Reeflay’s livestreams show his truly warped life, with clips appearing to reveal a horrific pattern of violence, alcohol, destruction and chaos. Reeflay, 30, appears to have pleased his YouTube fans by spending most of his time boozing with his girlfriend and pals on camera from his home near Moscow in Russia. Videos seen by The Sun Online show his campaign of violence and abuse, with even his friends hitting her on camera. Valentina’s friends describe his streams as being “full of cruelty”. She appears to have often been at the centre of his abuse, with perhaps the most cruel video showing him repeatedly pepper spraying her as she laid on the sofa. Valentina screams as Reeflay sits with two of his pals, only for him to then get up from his chair and spray her again as she gasps for her breath. The young woman is left writhing on the floor crying and wailing in pain as Reeflay sits emotionless in front of the camera sipping his drink.

Russian authorities have now launched an urgent investigation into his livestreams and her death.
Her shocking death has led to calls or an urgent ban on online “reality violence”, which appears unrestricted on YouTube and can be watched by children. Humiliation, sadism and misogyny appear to have been the common themes for Reeflay. His chilling final video featured him tearfully sitting in front of his camera as her frozen body lies behind him on the sofa. Russian police said he faces faces up to 15 years in jail if found guilty. Cops said they found Valentina had sustained serious injuries appearing to be from beatings before her death.

I guess this is the joys of unregulated broadcasting on the internet. We can let the market/corporations decide whether or not people feel like watching snuff films.

This type of video is all over the internet - not even on the Dark Web.

A friend of mine accidentally opened up a video recently through a link someone sent him and saw a homemade decapitation video.

The cat killing video and the decapitation video of the asian victim from that killer in “Don’t f*k with the cats” Netflix show was widely circulated during its time too.

First-ballot nomination for “thread where people do bad things and I say fry 'em.”

Actually give the guy the electric chair, too. Without water to help conduct the charge. All metal chair. Jolts just large enough to cause incredible pain but not do immediate death, administered repeatedly. The works.

If this was an ongoing youtube channel of him abusing his girlfriend, why did nobody call the police before she was dead?

Because russia I guess. I’m constantly amazed at the depths of some people’s depravity.

“Russian police said he faces faces up to 15 years in jail if found guilty.”

sometimes i think i don’t believe in the death penalty, but in cases like that, it is fitting. life in prison at least. how could that only warrant 15 years in jail?

The guy was too dumb to know that this would be lethal?