Thread for when science does the cool, bizarre, dangerous, etc.

Edit: first entry:
We’re getting spooky action at a long-distance!

We can now send an entangled particle through a cable across a city, and someone else can look at it to know our bit.

Actually, I have to take that back most physists are saying it’s still not instant for… Reasons.

Yeah it doesn’t allow information to travel faster than the speed of light. That’s because you can’t use entangled particles to send a message. For example, maybe I measure my electron to be spin up, and therefore know yours is spin down. But it is random, so I can’t make it spin up to send you a message.

I believe the real advantage to quantum cryptography is that you cannot copy (clone) a quantum state. So you and I can trade a quantum decryption key and nobody can copy it. Whereas a classical key can be copied.

Yeah, it’s more like a sealed envelope. I managed to know this and then totally forget it. I hate getting older.

This is what you get when you train a text AI to draw pictures based on captions. 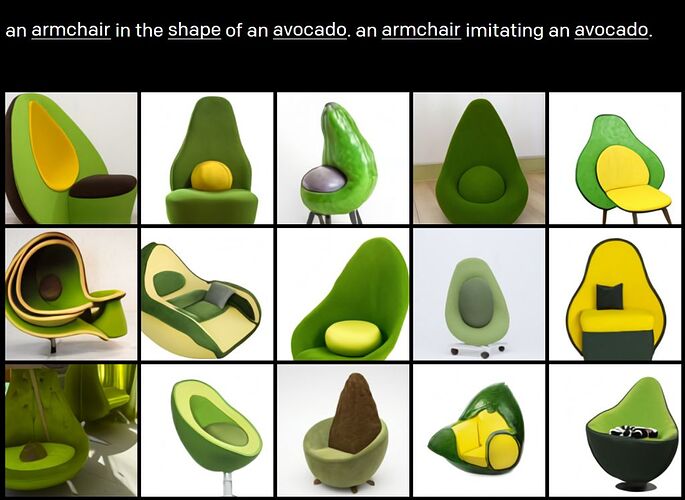 (There’s a whole lot more examples you can play with in the link below.) 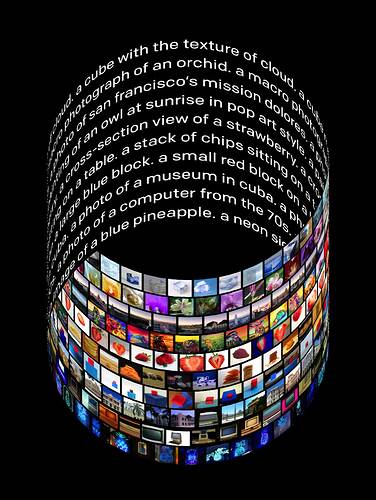 We’ve trained a neural network called DALL·E that creates images from text captions for a wide range of concepts expressible in natural language.

Here’s another of my favorite so far… it’s a lion squid! 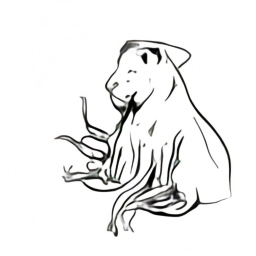 Besides being silly I think it could be useful… If nothing else as a way to churn out cheap illustrations, and perform interesting transformations (like instagram).

In the long run, I think it’s another step towards the holodeck, and toward intelligence.

I’m very sad that changing the prompts to a cube made of watermelon has zero square whole watermelons. 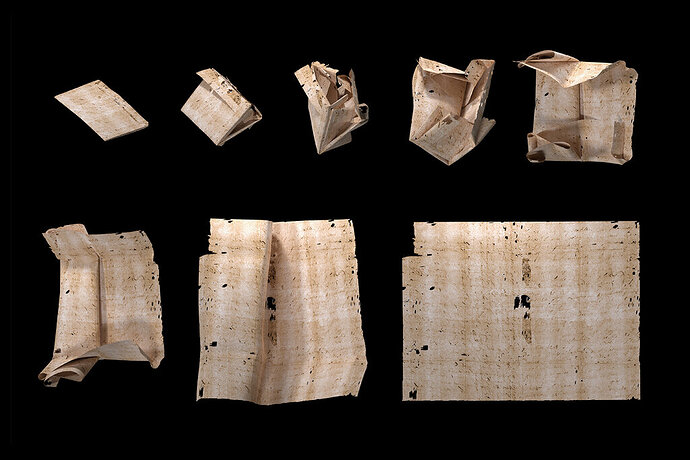 M.I.T. researchers have devised a virtual-reality technique that lets them read old letters that were mailed not in envelopes but in the writing paper itself after being folded into elaborate enclosures.

Let’s see if I can embed the video…

Anyway, a few bits from the piece:

In 1587, hours before her beheading, Mary, Queen of Scots, sent a letter to her brother-in-law Henry III, King of France. But she didn’t just sign it and send it off. She folded the paper repeatedly, [cut out a piece of the page and left it dangling](https://www.youtube.com> /watch?v=dzPE1MCgXxo). She used that strand of paper to sew the letter tight with locking stitches.

In an era before sealed envelopes, this technique, now called letterlocking, was as important for deterring snoops as encryption is to your email inbox today. Although this art form faded in the 1830s with the advent of mass-produced envelopes, it has recently attracted renewed attention from scholars. But they have faced a problem: How do you look at the contents of such locked letters without permanently damaging priceless bits of history?
…
The first step of their digital opening is to scan a target letter with an advanced X-ray machine. The resulting three-dimensional image — much like a medical scan — reveals the letter’s internal configuration. A computer then analyzes the image to undo the folds and, almost magically, turn the layers into a flat sheet, revealing handwritten text that can be read.

The team translated one of the digitally opened letters from the Brienne Collection. It was dated July 31, 1697, and sent from Lille, France, to a French merchant in The Hague. It turned out to be a request for a certified copy of a death notice. The letter also asked for “news of your health.”

Fixing that screwed up link: 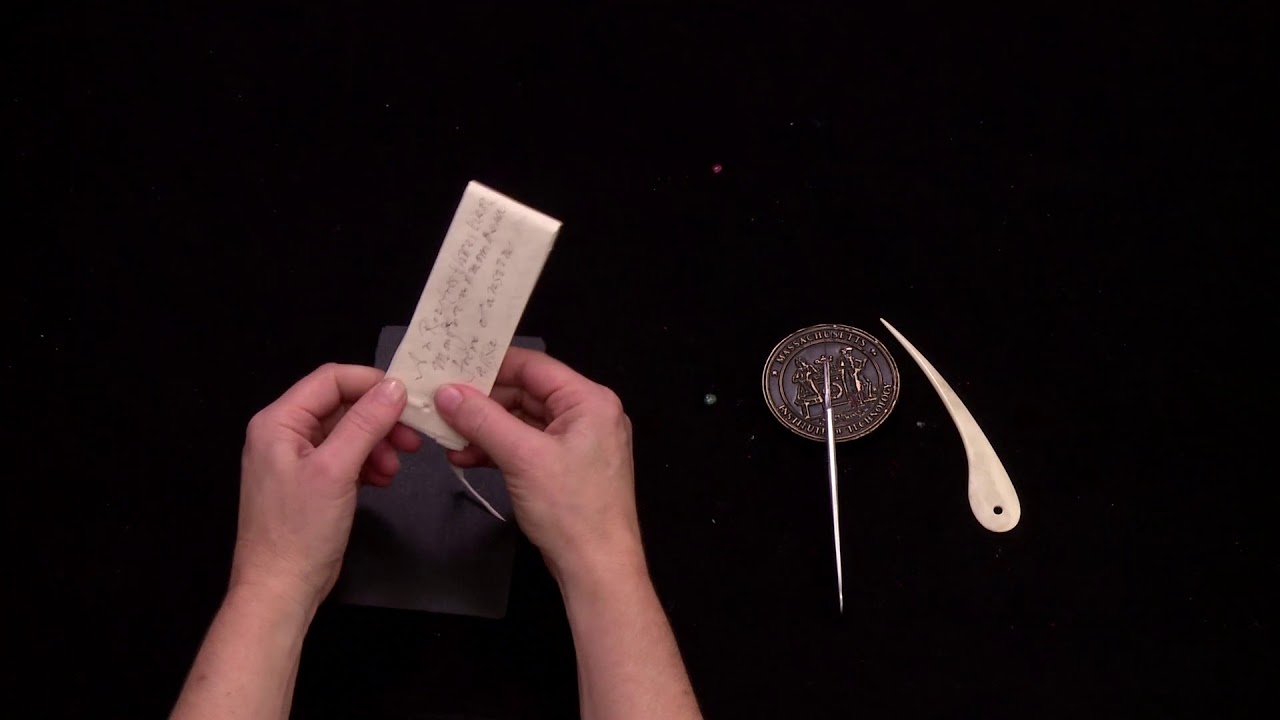 Check out the big brain on brett… 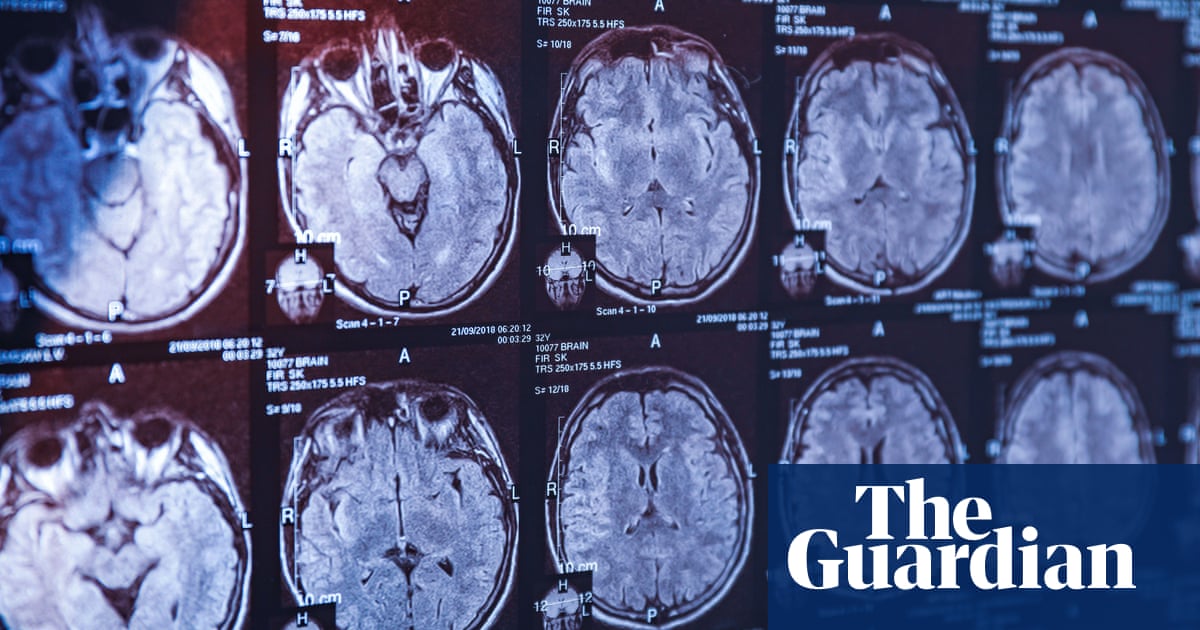 Scientists discover why humans have such big brains

How, you might ask, did we figure this out?

We grabbed some leftover cells from animals, apes, and chips.
We reprogrammed those into stem-cells.
We grew the stem-cells into brain-organoids. That is, little bits of brain.
After a few weeks, the human bits of brain grew the most, because they had the most neural-progenitor cells – which are cells that make the neurons. In other words, humans grew more of the cells that grow the cells.

Finally, we found the gene, Zeb2, that tells the cells when to hit the switch.

So we ****ed with gene, and were able to make gorilla brain tissue grow like human brain tissue and vice versa.

…This could help us treat brain disorders.

I’m sure it was a typo, unless you were talking about microchips or some such thing.

“Because I can tell you, ten years ago, if you would have told me there will be one day that technology just is going to fix the genetic mutation, I would have told you, ‘no, I don’t think so.’ So we are in a completely new, exciting, different world.” 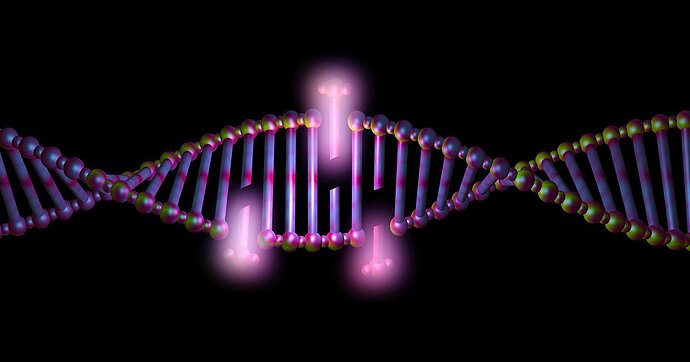 For the first time in a live animal, researchers have successfully reversed a gene mutation, called a “duplication mutation,” by gene editing.

Think of it in an iPhone… Imagine a world where you wouldn’t have to charge your battery … for decades? That’s what we’re able to do with this technology.

I saw it a while ago (The Nano-Diamond Battery). They haven’t actually figured out how to make them yet, but in theory they would basically last forever and be completely safe.

…and be completely safe

I’m still a little hesitant to be putting a nuclear reactor in the pocket of my pants…so close to the :qunq:swim suit area:qunq iykwim.

Looking more closely at the tech, they definitely sound full of swim-suit areas anyway. The battery is buildable, but not enough to charge a phone. I probably need to stop clicking on the most ridiculous thing pops up on my google feed.

I’ve already got one. It’s fine. 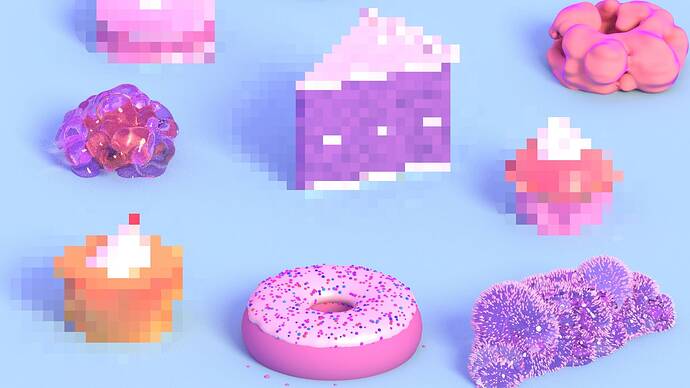 The Pastry A.I. That Learned to Fight Cancer

In Japan, a system designed to distinguish croissants from bear claws has turned out to be capable of a whole lot more. 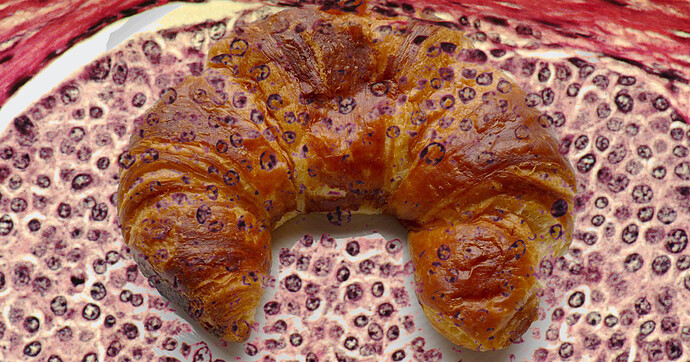 The short version: in 2007, a Japanese bakery hired somebody to develop a machine vision system that could distinguish between very similar pastries for auto-checkout, and then they realized that cancer cells (At a different scale) kinda looks like bread.

BakeryScan has also been adapted to distinguish pills in hospitals, count people in 18th century Japanese woodblock print, and label charms and amulets being sold in shrines across the country, according to The New Yorker.