A bunch of kids are coming down with hepatitis in the US and Europe, and scientists haven’t figured out why yet. The prime suspect is an adenovirus. 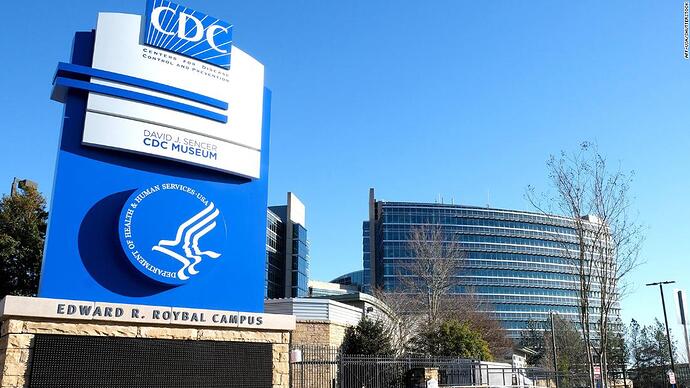 CDC investigating more than 100 cases of unexplained hepatitis in children,...

The US Centers for Disease Control and Prevention said on Friday it's investigating 109 cases of severe and unexplained hepatitis in children in 25 states and territories that may be linked to a worldwide outbreak.

My son had these symptoms in January. Just started feeling bad, really sluggish, and some pain in his left abdomen. We went to the doc and he had really elevated liver enzymes. They gave him some steroids and antibiotics which seemed to zap it. He is doing fine now. This was 5-6 weeks after getting boosted and 2-3 weeks after having Covid.

The covid vaccines have been cleared on this one, because the largest cluster (or maybe just the first) of childhood hepatitis is in the UK, and the kids who got it were almost all too young to have been vaccinated.

The covid virus is one of the suspects, but there are others. Mostly other viruses.

Argument I’ve heard is 2 years of isolating has meant less effective immune system development in kids so higher risk of a normal adenovirus causing a problem.

My son had these symptoms in January. Just started feeling bad, really sluggish, and some pain in his left abdomen. We went to the doc and he had really elevated liver enzymes.

I’m seeing a liver specialist in 2.5 weeks because I have really elevated liver enzymes. Also feeling sluggish and abdominal pain on my right side. I thought the pain was just ovulation, but now I’m freaked out.

I had the TwinRx vaccine before my first Africa trip which is Hepatitis A and B. I think that’s supposed to be good for 10 years and it’s been… crap… 12 years.

Except I think I could only get the first & second doses before the trip and it was a while before I got the third dose, so less than 12 years for the third dose.

I had Covid in January. But I’m not a kid. So there’s that.

I think they’ve ruled hep a b and c out for this one.

For the epidemic among kids, yes they have.

I thought I’d already posted this somewhere. This is a good summary of what we know about the hepatitis outbreak:

Over the weekend, the WHO published a much anticipated update on an unusual outbreak of hepatitis among children spanning several countries. On April 21, the outbreak resulted in the CDC releasing a Health Alert. The cause of the outbreak is...

The immune response to Covid is definitely causing some people problems. They did several tests on him. The Dr first thought it was his gall bladder, so they had an ultrasound done on him, they did an EKG, they did 2 sets of blood tests. They checked a bunch of stuff. Anyway he is 17, but he is full grown so would not be surprised to see it in adults. He also was having hives break out in different spots once or twice a day. It was really weird stuff. If it wasn’t January I would have had them look for tick borne illnesses since I have always heard they wreak havoc on a lot of systems in the body.

Also remember hepatitis is not a specific disease. It just means inflamed liver. The A, B, and C varieties are specific diseases caused by virus’s. Other things can cause the inflammation.

Also hope you get better quickly. Will keep you in my prayers.

Ninja’d me, thanks for posting. Agree hepatitis is a general term for inflamed liver.

Yeah, every medical condition that ends in “itis” is just inflamation of whatever comes before the “itis”. Well, except tintinitis, I guess. Which is hearing noises that aren’t there.

“Hepar” is Greek for “liver”, and is the root of all the medical terms about livers. The major journal for liver doctors is Hepatology My father was a hepatologist.

and i note that even low grade liver disfunction can make you feel miserable when it flares. (I have Gilbert’s - benign condition my ass.)