Will you get the vaccine as soon as available to you?

It’s my understanding that a major reason for this is that Omicron typically does not invade the lower lungs whereas earlier varients did. Upper respiratory infection isn’t as dangerous, easier to clear.

Except that covid doesn’t generally kill if it stays in the respiratory system. That can be treated. When it kills, it usually does so either by getting into the cardiovascular system or by derailing the immune system.

Out of curiosity, yoyo, now that mRNA technology has been deployed on a large scale for over 2 years, is there something in the data that makes you say “nope, not for me?” If a mRNA vaccine were to be released for a different disease, would you consider it, or are you a hard no on anything with mRNA?

PH messaging at least as late as mid 2021 was that infection would be prevented.

oh! well, then i can consider my decision superior to the rest of you. cool.

PH messaging at least as late as mid 2021 was that infection would be prevented.

I believe that the mRNA tech is still too new in widespread application for general replacement of traditional vaccines. I recently heard of an application in stage IV cancer cases where a bespoke treatment unique to the patient was having very good success.

Traditional vaccines, of which I’ve had many, introduce a measured amount of antigen. The body responds to the foreign protein, learns its pattern/signature, attacks and destroys the invader and contaminated cells. We usually experience this as minor swelling or soreness at the injection site.

The mRNA vaccines deliver a “payload” enveloped in a lipid nanoparticle. The lipid helps the payload get into a healthy cell since cells have lipids somewhere in the cell wall - like dissolves like. The payload then causes the cell to produce antigens which the body then responds to in a way similar to traditional vaccines - attacking and destroying the antigens and the now hijacked cells producing the antigen.

An intramuscular injection practice that we no longer routinely use in the US is aspiration. Aspiration is when you draw back on the plunger after inserting the needle to make sure you’re not going directly into a blood vessel. This helps guard against accidental intravenous injections. The idea is that you want a localized injection, not an accidental systemic injection.

Given that the mRNA vaccines turn our cells into antigen producing factories, which in turn triggers an attack and kill response against the now infected cells, there’s risk that the mRNA product will land on organs that do not create replacement cells (heart, brain). If it does settle on heart or brain, and there’s an immune response, heart and brain cells will be destroyed and the accompanying inflammation may also be deleterious.

For me, 2 years is insufficient duration to determine long term safety.

what about for the now defunct J&J vaccine which isn’t mRNA?

I have little familiarity with how the J&J product works. I’ve mainly looked at the Pfizer product since it’s the most widespread in the Western world afaik.

I got J&J initially because it was one and done and because I had heard that the side effects were less than the other two. Side effects were most definitely less for me compared to the moderna booster I got later.

“Abysmal” is putting it charitably imo.

Traditional vaccines, of which I’ve had many, introduce a measured amount of antigen.

Another traditional type of vaccine is a killed-virus vaccine. The other polio vaccine (the one used today) uses a whole killed virus. Most of the Chinese covid vaccines were of that type, fwiw.

A more modern type of vaccine, that tends to have fewer side effects than either of those, is an injection of purified antigen. Because just the antigen doesn’t always produce enough of an immune response, it’s often mixed with an adjuvant, which is a chemical that upsets the immune system enough that it will react. The modern pertussis vaccine is this type – and it’s a LOT less unpleasant than the older dead-pertussis vaccine.

There were two mostly-new technologies deployed in vaccines to fight covid. Both of them imitate the “less dangerous virus” vaccine.

The first was used by J&J, Astra Zeneca, and Sputnick. An adenovirus that doesn’t reproduce in human cells was modified to also code for the covid spike protein. It doesn’t reproduce, but it does infect a single cell, and do its virus thing of turning that cell into a little factory to produce the spike protein, and other bits and bobs of the virus. (But not the full, infectious virus.) This type of vaccine wasn’t brand new – it had previously been used in an apparently-successful Ebola vaccine (and that’s a really interesting story) and maybe in a couple of veterinary vaccines. But it didn’t have much trial prior to the rollout of the covid vaccines.

The mRNA vaccines are similar, but instead of using an existing virus, they rely on a tiny lipid pouch, which is passively absorbed into cells, instead of actively attacking and penetrating a cell, like an adenovirus. And they don’t code for bits and bobs of some other virus, they only code for the spike protein.

With both the adenovirus and mRNA vaccines, the “infected” cells are destroyed by your immune system. And because the immune system is pretty good at coming to alert when a cell starts misbehaving (like by producing a foreign protein) they don’t require an adjuvant. The number of infected cells is very small, either way.

And, of course, if you catch a viral disease, all the cells that are infected by it are ALSO destroyed by your immune system. (Or sometimes they aren’t – that might be one of the causes of long covid, and it’s why chickenpox and herpes can flare up years after the initial infection. But if you “clear” the virus, you’ve killed all the infected cells.) That’s probably why it’s fairly common for people who recover from covid to develop new heart disease – because covid attacks the heart muscles. And why dementia is a common problem after covid – because covid can also directly infect brain cells, and kill them.

Good writeup. You’ve filled in a lot that I didn’t get into.

That’s probably why it’s fairly common for people who recover from covid to develop new heart disease – because covid attacks the heart muscles. And why dementia is a common problem after covid – because covid can also directly infect brain cells, and kill them.

Covid is a dangerous disease, no doubt about it, and does much damage. We don’t have the answers to some questions like degree of damage done to infected but never vaccinated, infected+vaccinated+infected, vaccinated+infected, infected+boost1+boost2+boost3+, and the other many possible combinations. Oh, and throw in Paxlovid too with at least some suspected propensity to lead to rebound Covid. The Pfizer formal trial control group was eliminated very early on, after 2 months iirc, which places some limits on answering some questions.

I think the jury is out on the question of the vaccine compounding those risks to organs/systems or mitigating those risks, given that vaccinated or not, almost everyone will contract the disease. Probably very close to 100% in the coming years. For me, I decided to limit my exposure to one of those damage vectors (there is no free lunch, it’s tradeoffs all the way down). Initial series plus numerous boosters (4? 5?) in a short time span is just too much compounded risk for me what with the possibility and some early emerging evidence of problems like T cell fatigue, OAS, ADE, IgG4 elevation, etc. There’s so much we don’t know.

I think we generally grossly underestimate the complexity of the world around us and the unforeseeable consequences of intervening in nested complex systems. Complex medical intervention system nested in the complex immune system nested in the complex system of the human body nested in a complex social structure nested in a complex pandemic, etc. No one can claim to understand how those systems will interact in response to a new intervention distributed on a very large scale. PH messaging suggested or hinted that the impacts were better understood and more certain than was the case.

Good writeup. You’ve filled in a lot that I didn’t get into.

Look for me in my second career of “science writer”.

Here’s an article that just popped up in my newsfeed… 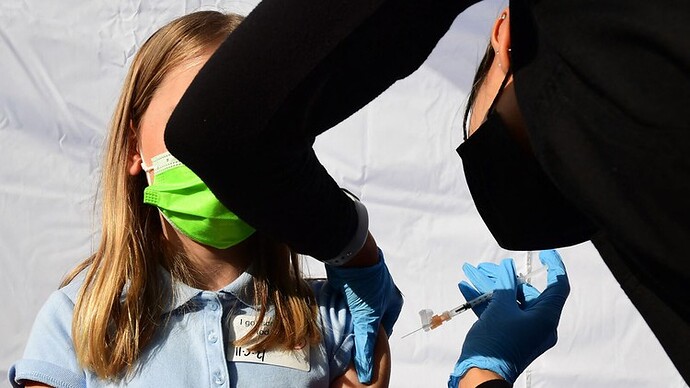 The updated Covid-19 booster is holding up against the newest Omicron subvariants that are sweeping across the country, CDC scientists reported.

Tl;dr: The updated Covid-19 vaccine is more effective than the previous monovalent vaccine and even though it targeted an earlier strain of the SARS-CoV-2 virus, its protection is holding up against current variants.