Where to Avoid this Winter

Might belong in a “Studies With Obvious Results” thread, if we had one, and if everyone believed the results: 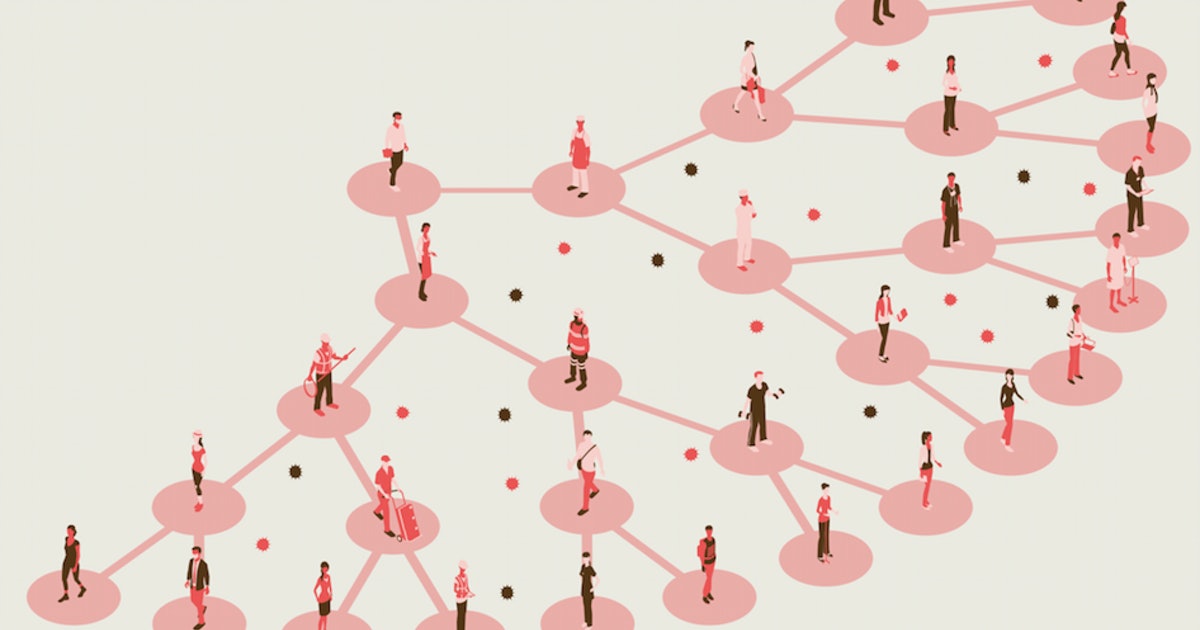 SUPERSPREADER SITES AND TARGETED OCCUPANCY CAPS — While much attention has focused on singular “superspreaders” — individuals who inadvertently pass the virus along to large groups of people — these researchers turned that idea on its head. Instead of looking at individual human superspreaders, the team explored " superspreader sites ," places where the risk of transmission is dangerously high due to crowds or confined spaces.

The team confirmed that most Covid-19 transmissions occur at four superspreader sites: full-service restaurants, gyms, hotels, and cafes. These places are especially risky because groups of people tend to remain in close quarters for extended periods of time.

In Chicago, for example, only 10 percent of locations accounted for 85 percent of the predicted infections.

Restaurants are, by far, the riskiest — about four times riskier than the next categories, which are gyms and coffee shops, followed by hotels, Leskovec said.

“Fully reopening restaurants, after a month, would lead to about six percent of the entire population being infected,” he explained.

I’ve resigned myself to avoid sit-down restaurant dining and the gym, but I like going to sbux just to get outta the house for a bit. Of course, I mask up when I’m there.

I have not had a sit down meal inside a restaurant since early March. I’ve only dined outside in a restaurant a few times. I normally dine out frequently so this is something I’ve missed. Fingers crossed that we get a vaccine soon to get back to dining out. A lot of places have already gone belly up, and more will happen soon.

My brother’s restaurant has been operating at half capacity for social distancing, but I won’t even go there now.

We typically dine out at bars once every week or two. We haven’t been in one since the end of February, and at this point, definitely won’t until we’ve got vaccines.

I think people on here are more careful than the average person. I’ve only dined outdoors twice since March. Once in June and I was very uncomfortable, and once in October where it was so great (big tables out in a field, order on your phone, tables spread out by 20+ feet apart). Never dined inside, or went to gym. Stayed in a hotel a couple times because I had no choice.

I know some people who dine indoors, go to gyms, bars, casinos. None of them have been sick though. Sometime I think I am taking this too seriously, and sometimes not seriously enough.

Sometime I think I am taking this too seriously, and sometimes not seriously enough.

Me too. I’m healthy, so why do I care so much? The primary reason is because we have to collectively keep a lid on this so that the hospitals don’t get overwhelmed and we end up like Ecuador. The goal of not overwhelming the hospitals isn’t always at the front of my mind though.

We’ve been pretty much locked down since March. I think we’ve been to a local restaurant once, and I’ve been in the office once. I won’t go near a costco, and mostly try to avoid shopping.

I’m really starting to miss our large family gatherings, and meeting up with friends. Just had a friend fly in to Toronto from Vancouver, haven’t seen him in like a year. Toronto’s a hotspot, so I didn’t even go meet with him. Damn.

I’ve been in one restaurant this year, and it was because it was literally the only place we could find to do our refinance closing because it was blazing hot outside and we weren’t having someone come into our home, so we went to a Boston Market and sat at two adjacent tables with the notary on the far end of one, and us at the far end of the other, and passing documents while wearing masks.

We’ve done takeout/doordash/etc, but no sit-down, indoors or out, except the one notable exception, where we didn’t eat, but bought a rotisserie to bring home so we weren’t just taking up space in their (empty) restaurant.

Since mid-March, I have not been more than 40 miles from home. The only premises other than my home that I’ve been in are:

All of my other commercial interactions have involved delivery or drive-thrus.

The sad thing is that even with the precautions/isolation, I did manage to contract COVID. I’m pretty sure I picked it up at either the hospital, or one of my doctors’ appointments.

I have family in a nursing home several hundred miles from me that I ought to visit; but with the constraints on visitation they’re under (i.e., I can’t guarantee I’ll be allowed to see them if I make the trip) and the risks of travel under present circumstances, it’s difficult to justify the journey.

I have not had a sit down meal inside a restaurant since early March. I’ve only dined outside in a restaurant a few times. I normally dine out frequently so this is something I’ve missed.

I’ve eaten outside a few times which is nice, but it’s getting too cold for that.

But my husband’s job still requires that he travels so he is staying in hotels. And a couple of times when he’s been within a few hours of our home I’ve driven out to meet him. I’ve eaten indoors in a restaurant twice now when meeting him on the road, and it was too nerve-wracking to really enjoy. He mostly gets room service, which sucks because the food is always cold by the time it gets to the room. But it’s safer.

A few days in a local hotel, to protect my and my wife’s sanity during a multi-day power outage

I even stayed home during a 64 hour power outage.

I did take a vacation in a VRBO cabin. I felt like that was almost as safe as staying home. Did a bunch of hiking and hanging out at the lake, made all of our own meals except for one takeout meal.

I even stayed home during a 64 hour power outage.

I think that’s around my record as well. Helps to have a gas stove which still allows for a lot of cooking options. And fireplaces for heat. And municipal water is obviously a must (a well means no running water when there’s no electricity). But yeah, I typically find that the convenience of being around all my stuff trumps the hassles of no electricity.

If I was in a work-from-home situation and couldn’t log in then that would be a problem.

I think that’s around my record as well. Helps to have a gas stove which still allows for a lot of cooking options. And fireplaces for heat. And municipal water is obviously a must (a well means no running water when there’s no electricity). But yeah, I typically find that the convenience of being around all my stuff trumps the hassles of no electricity.

If I was in a work-from-home situation and couldn’t log in then that would be a problem.

In our case, it was air conditioning that did it.

We have a small generator for the house that is fine for charging gadgets, and we had acceptable internet service via cell…but that first night of the outage, when neither I nor Mrs. Sidekick could sleep, I looked up a nearby hotel, observed I had a bajillion points accumulated from before the pandemic curtailed my travel, and decided that our personal comfort (and not killing each other) was worth more than those points.

We have stayed home thru a 9 day power outage years ago…but that was in cooler weather. The only real headaches that time was a lack of hot water, and having to drive 40-50 miles a couple of times to get far enough out of the blackout zone to get gas for the generator without having to wait in a huge line.

In our case, it was air conditioning that did it.

Ah yes, I can see that. Current house has a basement and sleeping down there would be fine, but past homes that have not had basements could get pretty hot & uncomfortable with no A/C. I would’ve done the same.

Imagine back before it was even a thing.