Killed when hit by dump truck while attempting to cross freeway in Florida at 6:30 am.

Was he just out for a morning run and needed to get to the other side of the freeway?

Thought this might be a better place to talk about his death. And other things related to him.

I was wondering if it was some kind of car trouble. Usually if people are walking on the interstate that’s the reason.

The part about him waving his arms is weird though. Was he walking backwards trying to flag down a motorist to help him? Or just drunk & being weird? Something else?

Drink during training camp? I dunno how plausible that is. Like… no clue.

not official camp. just guys working out together.

With coaches and other team personnel. But yeah, not official.

other players. no coaches. not allowed (formal offseason workouts are heavily controlled). just a bunch of guys working out together.

You are correct, not coaches. Sorry, my mistake.

Thanks for the clarifications.

More information regarding his death. “Legally intoxicated” is an understatement. I never thought about how dangerous (for me) it would be to run out of gas on the interstate while drunk. 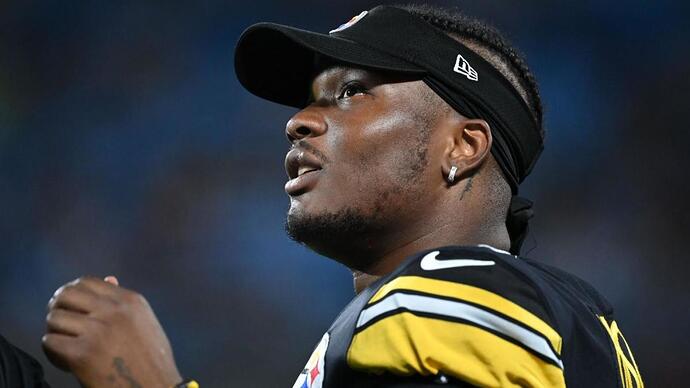 Steelers' Dwayne Haskins was legally intoxicated when struck and killed,...

I kinda feel like he deserved it if he drove super-drunk until he was out of fuel and then stumbled around in traffic.

So he had a .24% BAC at 7:30 am along with ketamine and norketamine in his system? And a female in his car gave police a statement and his wife called 911 from their home not in Florida?

Did I get all of that right? No one deserves to die like that or because of that, but that is seriously erratic and dangerous behavior.

I have had someone close to me die as the result of another person driving under the influence. I have a life long anger and bitterness to anyone who would drive drunk.

The fact that Haskins was totally loaded and driving a car, which ultimately ended up in his death (and nobody else’s) is karmic justice for anyone who has been killed by a drunk driver.

I think he did deserve it.

Do we know for sure he was driving? I mean, it seems possible that the other occupant of the vehicle was driving and then when they ran out of gas he decided to be chivalrous and be the one to get help.

Obviously I don’t know if that’s what happened, and I’m not even claiming it’s the most likely scenario. Just saying that it seems like a possibility that hasn’t been ruled out yet.

Do we know for sure he was driving?

OK, I didn’t understand that was a possibility. If he wasn’t driving, but was a passenger who got out to go get gas, then I withdraw my “he deserved it” stance.

It may have been ruled out, but in the five or six articles I read it didn’t say that he was driving. Just that it was his rental car.

I think he did deserve it.

So is that like saying the death penalty is the appropriate punishment for drunk driving?

Sounds more like “play stupid games; win stupid prizes” to me, but DP answer for himself.

Agree, no one deserves to die, but seems he wasn’t trying very hard to prevent it from happening.

So is that like saying the death penalty is the appropriate punishment for drunk driving?

I have no illusions that I am rational in all this. I reiterate, someone close to me was killed by a drunk driver. I will forever be bitter about this.

If anyone is convicted of drunk driving, I am in favor of that person losing his/her lifetime privilege of ever having a driver’s license.

There is no such thing as a “drunk driving accident.” There is only a “drunk driving ON-PURPOSE” I believe that any crime of damage to person or property should be interpreted by the legal system as done with willful intent by the drunk driver.

Motley Crue singer Vince Neil drove drunk, killed 1 person and left 2 others with permanent brain damage. He did 15 days in jail and 200 hours of community service. That is just wrong.

I’m probably closer to your point of view about DD than I even want to admit. I guess see a slight difference between karma and deserving to die like that.

I am also right there with you about the fact that killing someone while drunk driving deserves much more than 15 days in jail and 200 hours of community service.

There was recently an accident where a early 20’s kid was drunk and playing around trying to drift his car in a fairly rural place but he was doing over 100 mph and lost control and flew through a couple fields, a horse corral and hit 2 three year old boys playing with their construction truck toys next to a barn sending them flying over 100 feet and killing them instantly.

The county attorney decided to charge him with negligent homicide rather than drunk driving vehicular homicide so they can put him away for a long time. Partly because he had been released recently from prison (early).