What Is Wrong With The Economy?

Why are we setting in a country that just finished a 6.9% annualized inflation adjusted GDP and that added 6.4 million jobs last year wringing our hands? What is going on? I really don’t get how the messaging is so bad. Pay attention to reality folks, we’re still in the midst of one of the greatest economic expansions of the last 120 years. Wage growth and labor conditions are going to continue to improve for the next 2 decades for the average American. Labor is going to be so hot unions are going to come back in style. Anyone reading this message can probably go get at least a $20,000 salary increase within 3 or 4 months if they want to change jobs. Yes inflation for goods is high, but wage growth for lower income folks is outstripping inflation so they are getting better and better off daily. I just don’t understand the disconnect here.

The disconnect is that the markets are not as quick to respond to changes in environment and are not as efficient as theory/textbooks would like.

We’ve had a massive disruption to supply, demand, and the availability of labor, and the system lacked enough cushion to absorb those disruptions. It’s going to take time for the ripples of these disruptions to settle down.

I don’t care about gdp, doesn’t matter when I still can’t get them gpuz

Well Democrats aren’t out there spreading the message either. Honestly I feel like they act like if the government didn’t do it it’s not a success for them.

I mean you try buying a car lately? Doesn’t matter if you wanna pay a million dollars, you just won’t be able to get your hands on one. 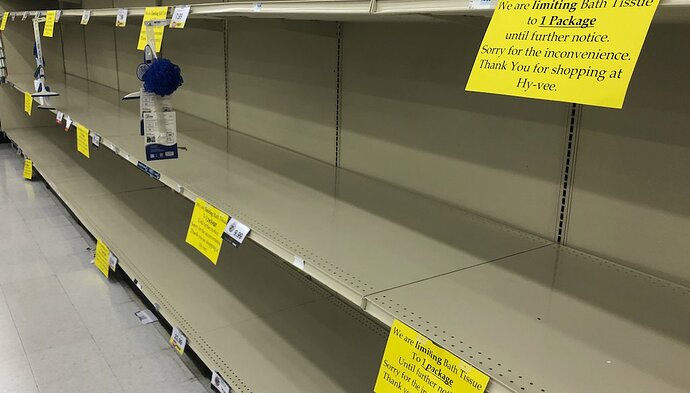 I don’t remember complaining about Trump when I had to scramble for TP back in 2020. The media explained how the pandemic messed up the balance between commercial and residential TP supplies, and it made sense. Similar explanations persist, but right wing media just spread disinformation.

“I don’t watch fox” does not make someone immune to this. It passed along through casual conversations third, fourth hand, and through comments on social media. I have heard so much BS regurgitated from my right leaning friends who “don’t watch fox” that is exactly that was basically their headline the day earlier.

Cars are in short supply because of a fire at a chip supplier in Japan in the fall of 2020. Many cars also still use older chip designs where there is little incentive for a new company to come in and scale up production for something that is basically obsolete.

There’s also a worldwide piano shortage going on too

Apparently there is not a worldwide Pelaton shortage. 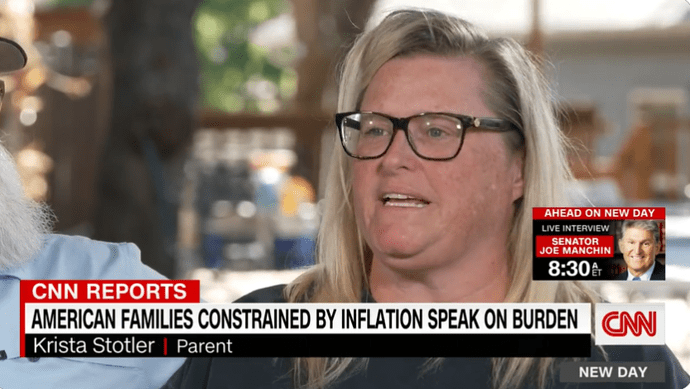 A large family featured on CNN discussing the rising costs of basic groceries like milk was mocked by some progressive media figures on Thursday.

CNN should have been ashamed of the story they ran, because the family was spouting an obvious exaggeration. Yet here we are, and the right wing fact check is to show out of touch liberals rather than an accurate assessment of the impact of inflation, including those rising wages.

It is the same problem with vaccines, and the 2020 election. The reality gap is entirely on the right. We need to stop blaming democrats and recognize the bigger issue in this country.

Oh, I don’t know, I think plenty of traders are short PTON.

The reality gap is entirely on the right.

Well that’s not true, what about all the stats on perceived mortality of COVID by age?

I refuse to believe this. I think most people would love for people to be honest with them. Smart people talking to the public like they are too stupid to understand the full truth is the reason right wing media arose. Now it’s an out of control beast. Full information should always be divulged. Let the public make of it what they want but tell the truth and the entire truth.

It is the same problem with vaccines,

I’m not sure that this hasn’t gone the other way with Omicron. I am seeing quite a bit of overstatement on the left on what the current vaccines can accomplish. I think for public spread of the viruses the vaccines have now got little to no efficacy. They still protect from severe illness, but don’t offer much protection from anyone spreading the virus and in all honesty the efficacy in prevention of spread many people think they offer may be causing unnecessary spread. I bet there are a lot of vaccinated folks wondering around with colds thinking they couldn’t possibly have Covid right now.

I think that is somewhat debatable. You have those on the right that think a 99% survival rate indicates COVID is mild like the flu, and the left that is probably a factor of 10 in the opposite direction. There is going to be a natural bias to overestimating mortality in the face of uncertainty (examples: terrorism, accidents from flying vs driving).

Humans aren’t rational, logical-thinking, computers (actuaries are not representative of the country’s populations…). Human are emotional driven beings, especially when it comes to money. They’re more more sensitive to prices they’re paying for goods and services than to wage increases. 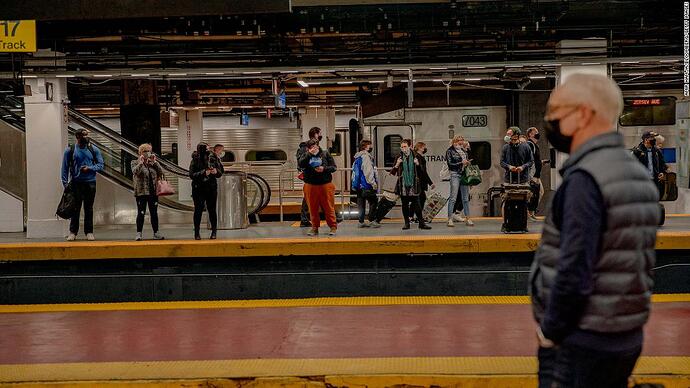 Good news: Paychecks are going up. Bad news: So is inflation

Americans' paychecks continued to rise at the end of 2021. But along with that, so did prices.

People were looking for honesty, and right wing certainly leveraged that desire, but as you noted they are now out of control.

“He is smart and thinks you are stupid, now let me tell you what they don’t want you to know” has been key selling point for about 20 years in right wing media.