What Can Get Counted as Public Pension Assets

Somebody sent me a link re: Chester, Pa’s receivership/bankruptcy… and in particular, their police/fire pension that was supposedly 49% funded… but is really 3% funded (really pay-as-it-goes… and it went)

Here is the short version:

Here is a presentation from May 2021 explaining said thing:

In 2021, the City will spend approximately $14.6 million or 27.8% of its entire General Fund budget on pension and retiree health care costs

Every year, the actuary calculates how much the City legally needs to contribute to the plans which is called the Minimum Municipal Obligation or “MMO"

Due to the number of retirees and its relative financial weakness, the police pension plan comprises approximately $8.5 million or 85% of the City’s 2021 MMO.

 The City has not been able to afford making its full MMO payment since 2013. As a result, the City is incurring penalties and interest costs on these missed payments and its police pension plan is dangerously close to running out of money to pay benefits.

 However, the problem is even worse than what appears in the 1/1/2019 valuations because those calculations treat the MMO contributions that the City did not make in prior years and still owes as if that money was already in the plan because they are “receivables” due to the plan.

So… how legit was the above?

I don’t know how accounting rules may differ for public entities, but I would think in general those receivables should have been categorized as uncollectible/bad debt. Doesn’t make sense to include a receivable as an asset that isn’t expected to be collected.

Sure, I agree with that, but GASB rules are not necessarily the same as STAT and GAAP. 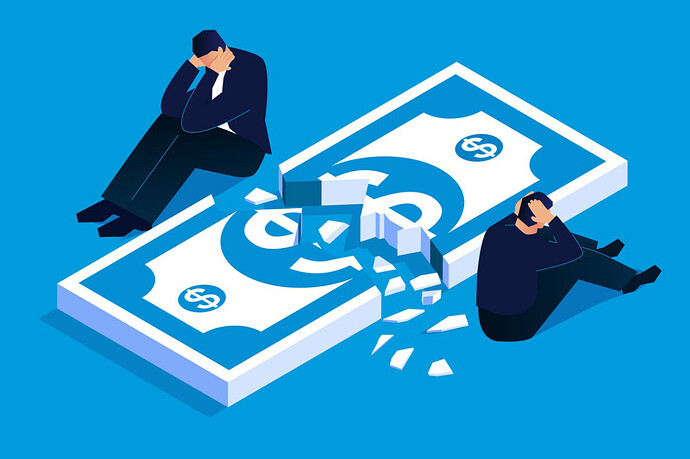 This Local Pennsylvania Police Pension Fund Is About to Run Out of Benefits....

The pension board is accused of opening the doors for pension spiking. 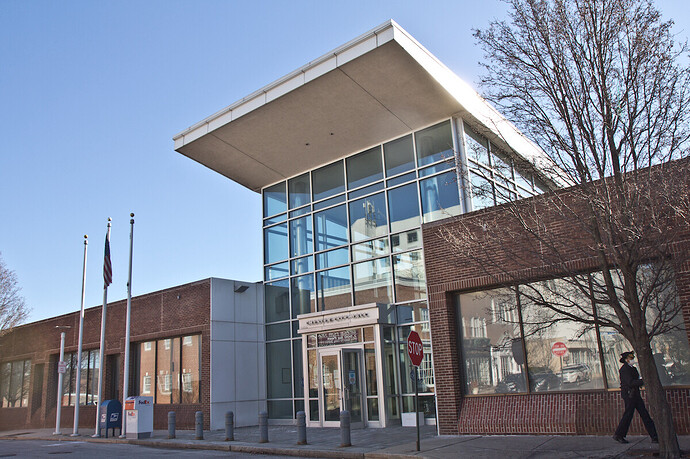 Chester’s receiver files for bankruptcy on behalf of the city

Chester’s state-appointed receiver projects the city will fall into a $46.5 million deficit in 2023. 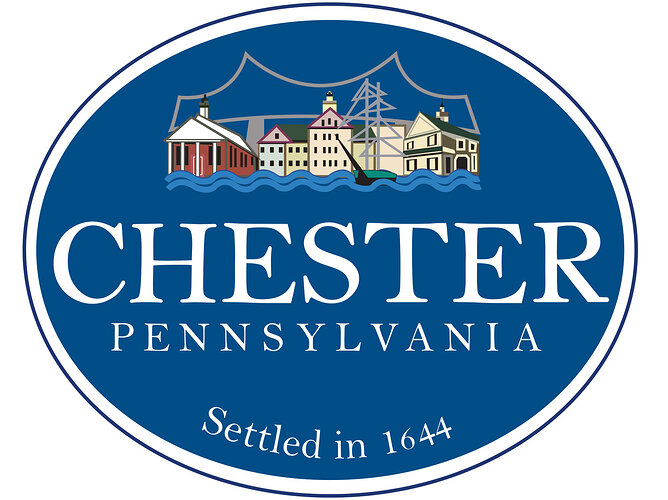 Receiver for the City of Chester

The reason I’m asking is that I’m going to post about this, and I want to gauge how unusual this behavior is.

I know that under-contributing is not at all unusual.

I just didn’t think that it was usual to have “receivables” on the balance sheet as an asset for funding ratio calculations.

I just didn’t think that it was usual to have “receivables” on the balance sheet as an asset for funding ratio calculations.

No, that wouldn’t actually work, because many plans make 100% contributions and their funded status erodes: 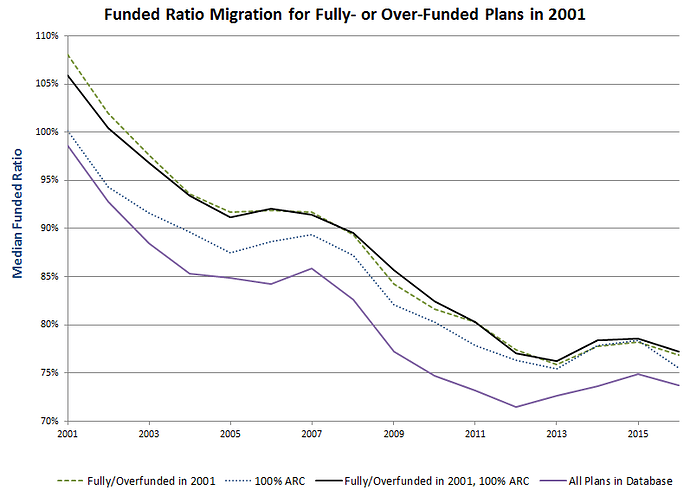 Simply making required/full contributions wouldn’t make the plans whole. In this case, it would have been only 49% funded. 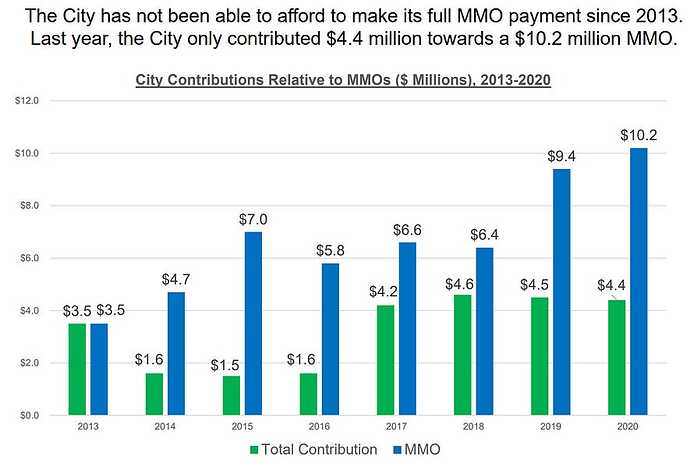 So, an actuary calculated the MMO. Was that actuary also responsible for reporting on the assets and funding percentage, or does someone else get the blame for that, and the actuary’s hands are clean?

Here are the valuation reports for the three pension plans:

You will see these are short, and have a comparison of with/without those receivables on the first pages.

I will have to go searching to find the older documents, if easily available if at all.

Given Chester is a town of only 33K, this bankruptcy is not going to be the grand affair Detroit’s was. We may not be able to get at documents as easily or see the shenanigans as directly.

It would be nice to know why this was ever done and, more importantly, are there any other towns in Pennsylvania doing this right now, and get that stopped.

Interesting that the report says that Act 205 requires them to include the value of past (not made) contributions in the assets. That suggests this may be going on in plans throughout PA.

Interesting that the report says that Act 205 requires them to include the value of past (not made) contributions in the assets.

I did a quick search and was unable to identify where this is required. But I did find this in 301(d), which seems to state missed contributions should be accumulated with interest and added to future contribution requirements, not to the assets.

Interesting that the report says that Act 205 requires them to include the value of past (not made) contributions in the assets. That suggests this may be going on in plans throughout PA.

Maybe somebody should tell them this is a bad idea.