What are you driving?

I need a little bit more car than a Yaris. A Corolla wagon would do it, but I suspect the odds of seeing that come to the US is pretty slim. Also, Subaru seriously needs to bring back the WRX hatch.

Or, I could look for a low-mileage CTS-V wagon. But those are getting rare and expensive.

Also, the current CTR doesn’t have heated seats. Honda had better remedy that in the '22. 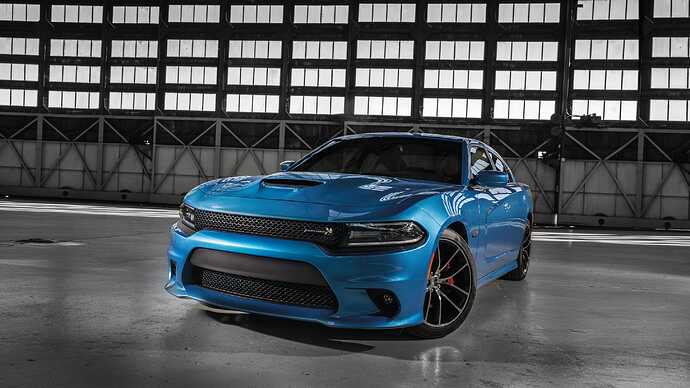 These 20 vehicles are the most stolen new cars in the U.S.

Cars like the Dodge Charger and pickups like the Chevrolet Silverado 1500 are among the most-stolen new vehicles, according to a new study.

Not going to do the trade in thing myself, my plan is to lovingly drive my car into the ground.

Subaru Forester. All my other recent cars have been Hondas, except one Ford. The Ford was a lemon.

Planned to get another Honda, but this fit our current needs better. The other car is an Accord. I expect our next car will be electric, too.

You should draw a huge penis on the hood, so if it’s stolen it’s more likely to be found quickly and brought back.

My kid (girl) would 100% do this if we let her. She’s been “obsessed” with the word since she used it in front of her Nan who freaked out. Now it’s her go to laugh word. She also uses anything tubular shaped to act like she has one. This has been going on for 8-9 years, she’s 18 going on 12.

You should draw a huge penis on the hood, so if it’s stolen it’s more likely to be found quickly and brought back.

2000 Ford Ranger - I get a lot of use hauling stuff.
2010 Honda Odyssey - Occasionally all seven of us still ride together.
2014 Nissan Altima - surprisingly good gas mileage.

I am delaying my midlife crisis car until kids’ education payments are done.

Next car will likely be electric. Not all hippie uses. Even the low end Tesla has better 0-60 performance better than a typical 70’s-80’s muscle cars.

I’ve already decided on what I think will be my next car: the VW ID Buzz, the all electric take on the classic VW bus. I will get a camper/westfalia type model, whether directly from VW or from an aftermarket outfitter. I’m guessing 2024ish.

Even the low end Tesla has better 0-60 performance better than a typical 70’s-80’s muscle cars.

When I was a kid I had Lamborghini posters and subscriptions to Car and Driver. I know what performance is. As an adult, I just don’t really care about break away performance for my family cars. When I have had a choice in engines for the cars I was interested in buying, most of the time I have chosen the smaller, more fuel efficient, cheaper to insure one. The one exception was the larger V8 choice in my F150 but that was about capability, not sprint speed. Only once, in a early '90s Civic, did I think the engine was truly underpowered. That had 78hp.

I have had a lot of Hondas, and one of their characteristics is “one and only one engine choice” so the point is moot. My Toyota is a 4cyl in lieu of a V6 option.

I drive in suburbia, so I can only go as fast as the car in front of me. Even smaller engines now make plenty of power for highway use. I just don’t see the point in waiting for a performance version of a Corolla or Civic. Just buy a Rav4 or CR-V or C-HR or HR-V and be done with it.

Right now I drive a CR-V with the whopping 1.5L turbo 4cyl. We have 5 vehicles, total. All are 4WD. Now 4WD is worth buying if you live in the snow belt.

Even the low end Tesla has better 0-60 performance better than a typical 70’s-80’s muscle cars.

I don’t know what my best 0-60 performance potential is, but there’s a meter for it in the dash, and it’s very tempting to try and break the current record. Unfortunately my husband has a competitive/poor sport problem and I don’t want to start something there.

What are the charging times for electric? That seems like the biggest limitation.

I have a big gurgling V8 sports car. I know the 0-60 performance is short of a similarly priced Tesla by maybe half a second, but I really enjoy the rumble and having a manual.

I have to admit, I think a lot of people feel this way, and justifiably so. Modern cars are powerful. I had a 2002 Civic Si for a while, it was the sporty Civic with 160hp and while it wasn’t built for drag racing, it was fast enough to be fun. Nowadays the lowly Civic LX has 158hp and the nicer models have a 174hp turbo engine.

In my more formative years, Corvettes in the 90s were hovering around 250hp. You can get that in an Accord now if you get the 2.0l.

I would argue the 106hp Yaris, with its terrible transmission, is slow.

I would also argue that winter tires > AWD, but that’s a whole 'nother discussion.

My dream car is a Porsche cayman. I could trade in my Audi and buy one outright right now. Just don’t know if it’s worth since I was thinking when I bought my Audi that my next card would be an EV.

I agree. I don’t intend to buy a Tesla because of its performance. I wonder if part of the reason that they designed them that way is to overcome EV stereotypes. Efficiency will be my main focus in a commuter car, since most new cars do have sufficient acceleration to merge onto the highway. My Ranger does have trouble on steep hills at highway speed and on short on-ramps, but I normally can plan for that. EV replacements for the 7 person minivan are still a way off, so I hope the Honda holds on for a few more years.

Recharging time is still a limitation for long drives, but most of my miles would be easily covered by overnight at home charging.

Part of the issue with charging times is high charge rates can increase battery wear. The other issue is the level of the battery affects charging time. Charge at 10% and stop at 80% seems to be a rule of thumb for tradeoff between time and charge gained. Obviously YMMV depending on make/model. This is probably the biggest difference compared to refueling a ICE vehicle, and along with range anxiety, is a sticking point for potential EV purchasers.