Anyone here done a VO2 max test? Like the kind in a lab that costs a few hundred bucks or so.

I have not.
I am not interested in such things.

I’ve used V05 on my hair.
Back in the 80s they seemed to brand themselves as a sophisticated shampoo, but these days they’re the el cheapo version.

Did it help elect a president??

I did a lung function test after I had pneumonia and it confirmed that they don’t work as well as they could. I tested at the low end of normal for lung capacity. Was always curious about VO2max though.

Is this the test given by this guy? 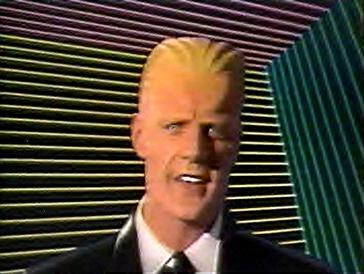 I think it helped prove that Al Gore was breathing . . .

Why would I’ve want to do that?

And are you asking because you are deciding whether to get one? Because you are getting one and want to know what to expect? Out of idle curiosity?

I think I was the only one in America that liked that show. I was bummed when it was named “worst show on television” and then canceled.

i liked it too. the guy that played max headroom is hilarious

I would kind of like to get my VO2 max tested. My Garmin claims it’s 46, which has got to be wildly inaccurate.

I took an (introductory) exercise physiology course in college. I don’t think we did VO2 testing, but we did do some analysis on aerobic vs anaerobic met based on exhaled CO2 levels at various biking effort levels.

Endurance athletes would be interested in VO2 max and training impacts on it. I am so out of shape I wouldn’t need that kind of information to inform what type of training I need.

I would be surprised if VO2 max was a strong predictor of life expectancy that would be uncorrelated with other simpler-to-measure items. It represents the maximum workload of aerobic exercise you can perform.

Need to consider how this will cut into your cheese budget.

with that said, yes I have had all my shit tested because I ran track in college

are you thinking about getting tested?