Any good recommendations? We would like to do something, but are somewhat concerned that relief funds sent to be used in Ukraine may end up benefitting Russia. Maybe a senseless fear. Even if Russia wins, there will still be massive humanitarian problems in the area, and aid intended for them may still go to them. OTOH, there are refugees outside Ukraine, with big needs, and aid for them is even more certain to be used as intended. I’m having trouble identifying solid charities working with those refugees.

The International Rescue Committee has objectives that seem right, but is only three starts on Charity Navigator. Four stars would be better. Some with four stars are doing great work in Ukraine, but I didn’t see things about their work with refugees. (There are some dealing with refugees in America or in Israel, but my perception is that most of those who left due to this crisis are still in Europe, especially Poland.)

(The website thinks this topic is similar to “Any good, free materials for EA-1?” I’m looking for a charity where I would donate cash, not study materials. It also thinks it is similar to “Russia v Ukraine Mortality Differences.” Yes, good connection, but not close enough for me to post in that thread.)

Surprise, surprise. If you spend time googling “Ukraine refugee aid” you end up with lots of charity ads, especially about Ukraine, in your FB newsfeed. Or, less likely, maybe they show up if you post here about it.

Surprise, surprise. If you spend time googling “Ukraine refugee aid” you end up with lots of charity ads, especially about Ukraine, in your FB newsfeed.

Not a senseless fear…I just watched a video last night about a host of requests for funds from fake charities.

I don’t have any good ideas for you, though. We gave through our church.

Not a senseless fear…I just watched a video last night about a host of requests for funds from fake charities.

There certainly are a ton of fake charities, but that’s not my main fear. For example I have no fear of Red Cross, Doctors without Borders, or Save the Children misappropriating funds, but if some of those send supplies into Ukraine, or even bring the supplies with their teams in Ukraine, the supplies could get confiscated and misused. At least that’s my concern. At least one of those has already had to scale back its operations in Ukraine,

Pretty difficult for the supplies to be “confiscated” if they’re not sent in the first place.

And supplies can’t be sent if there are no funds to support their appropriation and transportation.

I agree that there’s a Catch 22 in this . . . but let’s not live in fear over things we have no control over and choose to act according to what we do have control of.

Doctors without borders and the red cross are my general stand bys in a crisis.

I was leaning toward Doctors without Borders, but their effort wrt Ukraine is primarily inside Ukraine. I just donated to World Central Kitchen, which is feeding refugees in Poland. May give more to them or another organization later, depending on how things develop.

I’m a big fan. I once had an intern who worked for them doing supply chain logistics. He was very proud of his work and very proud of the organization. He felt like they were good stewards of donations.

My current boss and also the lady that runs my hot yoga studio are both Ukrainian (my boss has family in Ukraine now who is reportedly in a safe place 40 km away from the fighting, but can also hear the explosions). Both of these folks are advocating for donations to United Help Ukraine (www.unitedhelpukraine.org).

I donated. You should too!

Not quite refugee aid but …

This week, Tangle is donating half of all new subscription revenue and tips to independent media organizations in Ukraine (via this GoFundMe page).

My sister made a post that you can go to etsy.com and filter by Ukraine and “digital goods” (don’t remember the exact process). If you buy something that way, you are giving a direct payment to someone in Ukraine and they get the funds immediately. Etsy fulfills the order, so the person doesn’t have to try to make or mail anything.

Not a charity, but you (in theory) get some needed cash to someone right now who may need it.

I think civilian aid should/will go to refugees. Anything going to people physically in Ukraine would need all kinds of more complex logistics that is more the realm of governments I think. And Elon Musk apparently.

I will be donating to the Ukraine military soon. **** Putin and his dictatorship. We need to stop it from spreading. It also will hopefully save Ukrainian citizens who are being targeted by the Russian military.

Doctors without borders says they are stepping up their operations in Poland and other areas where they expect Ukrainian refugees.

I have been wondering the same as you, and I’m leaning towards doctors without borders.

If someone is looking to do some small dollar donations to help Ukrainian refugees let me know and I can send a Venmo link. I dated a girl from Ukraine quite some time ago (she was a student in the US) - her family is already out of Ukraine but she has a friend who is helping refugees in Western Ukraine right now with food/gas/clothes as they head out of the country.

It’s a one family operation, so large donations probably won’t work, but if you wanted to ensure $20-$100 would get used hit me up for the Venmo (she gets Venmo and then sends to him via Moneygram so funds go directly to Ukraine). Documentation on spending available if requested.

Some pics of things purchased already- 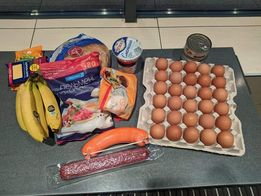 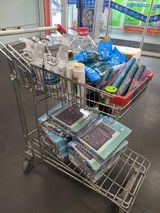 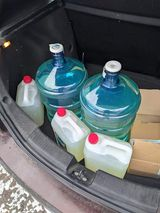