The More You Know - VP

So, looking it up I never realized until Ford, there was never a replacement VP (or if one I missed it). If they die or the VP ascended to President, the spot usually remained open until the next election.

I guess not needed unless 50/50 vote, as further ascension is already clear. and few did anything of value

Yeah they didn’t used to replace the VPOTUS if he became POTUS or died or resigned (although I’m not sure the latter two ever happened in this era). The 25th amendment is what changed that, which was ratified in 1967.

Lincoln also had two VPs (Hamlin and A Johnson).

LBJ was the last VPOTUS to not be replaced.

When Spiro T Agnew resigned he was replaced by Ford. So Ford was actually the first VPOTUS selected under the terms of the 25th Amendment, and of course then himself went on to be POTUS.

Had the amendment not been ratified 6 years earlier then Democratic Speaker of the House Carl Albert would have succeeded Nixon to the Presidency.

Fun fact: Cleveland is counted twice in the Presidential numbering. So while Biden will be the 46th President, he’s really only the 45th man to take the oath of office.

However, Cleveland had different VPs in his two terms, so there is no such asterisk on the Vice Presidency.

Kamala Harris will be both the 49th VPOTUS as well as the 49th person to become VPOTUS. 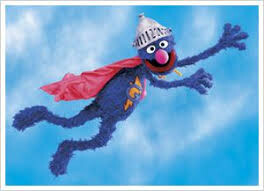