Thought you might know off the top of your head.

Took your advice and found this link helpful.

Pages for logged out editors learn more This is a list of current Major League Soccer players who have been capped at least once by their respective national team's first squad. Only national teams that are full members of FIFA are listed.

It’s kinda a thing in MLS. Looking for good players, but not quite good enough to regularly be called into their national team.

It’s kinda a thing in MLS. Looking for good players, but not quite good enough to regularly be called into their national team .

And (younger) players looking for more exposure to get picked up by Euro clubs, where the big money is.

I have no issue at all with MLS being a selling league. Better than being a retirement league.

This. I like that more MLS clubs are viewing themselves as selling clubs.

Even in Europe, almost every club is a selling club or should be. Only a handful of clubs are true final destinations.

Someone pumping up The MLS for, I don’t know, a cash compensation? 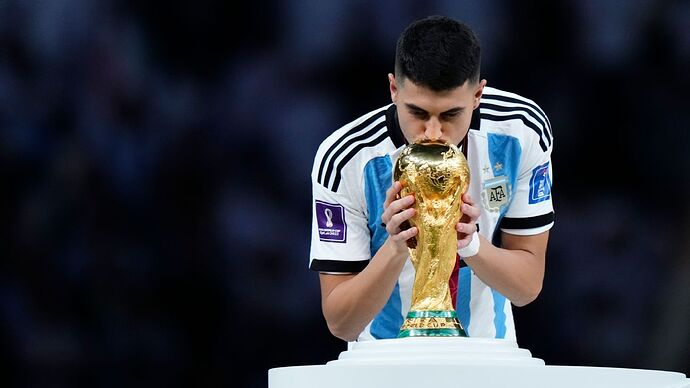 World Cup confirms MLS boasts: It's already among best in the world

MLS has been outspoken in its ambitions to be one of the best leagues in the world. Based on the World Cup just passed, it might already be.

Grasping at all straws – look, one player on the winning team (I should check, but I think there was one player in the semi-finals as well, possibly in the quarterfinals)!! Look, our players are getting scouted! Look, players come here to retire and hate the artificial surface!

Ignoring this:
Here is an actual soccer league ranking system, based on 538.

Football / Soccer League Rankings is a list of professional football leagues in the world and their strength Pretty simple! It takes the rankings of all clubs from FiveThirtyEight, groups them into what league they belong too, and calculates the...

Oh, sure, looking at actual results of teams… that’s not a fair way to look!!