Back for its 17th year (:yikes:)! We’re keeping the full set of rules for the sake of any newcomers*:

Number the lists from #1-15 and #1-5, with #1 being who you feel is most likely to die, and so on down the line. As the obits roll in, you will score 15 points if your #1 pick dies, decreasing down to 1 point for your #15 pick. The tragedy picks have higher scores… #1 will be worth 20 points, #2 will be worth 16 points, #3 will be worth 12 points, #4 will be worth 8 points, and #5 will be worth 4 points. They don’t have to die in a tragic way, we just refer to them as tragedy picks since, unlike many of your other selections, they aren’t being picked largely for being old and decrepit. Also, there is nothing keeping you from putting people under 50 years old on your main list of 15 if you have lots of younger entries, they just don’t all qualify for the tragedy scoring… One last extra scoring point: if one of your celebrities dies and you are the only person playing to have guessed that celebrity, you will score 1 extra point.

NOTE: Submit “Alternate” picks in addition to your lists of 15 regular and 5 tragedy selections. This is in case one or more of your picks dies between the time you submit, and the start of 2021 throw out one of your picks for not being a celebrity.

If that happens, your Alternate Pick will move to the bottom of your list and all others will move up one spot. Same thing goes if a celebrity dies in a previous year, but for some reason the news doesn’t become official until much later… in that case I will retroactively add points for that celebrity in the pool for the year in which they are reported to have died. That celebrity would then be removed from your list, all others would move up one spot, and I’d add your Alternate Pick to the bottom. However, if someone on your list is dead before 2021 or I must reject one of your celebrities, and you don’t have any alternates, that’s your own fault.

I’ve tried to close up most loopholes in the rules, so just try and make life easy by picking legitimate celebs. If you have any questions on if someone is eligible, feel free to ask via PM. Anyone who has been allowed and is still alive is still eligible. For a somewhat reliable list of many celebrities alive-or-dead status, check out these web sites http://www.whosaliveandwhosdead.com/"COLOR=bluehttp://www.whosaliveandwhosdead.com and http://www.deadoraliveinfo.com/dead.nsf

Since there is some degree of judgment as to who is and is not a celebrity (see below), let me know if you are not participating and you want to volunteer to be part of an independent (i.e. not an alternate ID of somebody competing) arbitrator group to make judgment calls on questionable choices.

PM your entries to me by 11:59 PM, Dec 26th, 2020. This will allow time over the holidays to determine who is famous and who isn’t. I won’t look until I give my picks to another contestant who has finalized his/her picks and I send my picks to that participant.

Another reason for cutting off entries before midnight on New Year’s Eve is that it gives time to compile the frequencies of the names selected so we can submit an AO-composite entry in the [http://www.derbydeadpool.co.uk](https://Derby Dead Pool)

What constitutes a celebrity?

*Celebrities are musicians, actors, writers, athletes, political and religious figures and such… pretty much any public human figure recognizable by name alone.

NEW THIS YEAR: The celebrity must have a Wikipedia page. (If there isn’t one, make one!)

What is not a celebrity?

*Anyone who is known more for being related to another celebrity by birth, marriage, or romance (which is entirely different from marriage) than for any of their own fame/accolades is not a celebrity. (A certain dead Senator’s mother is OK for the 2021 pool.)

*Anyone who is known solely for their health history and/or current condition more than any accomplishments is not a celebrity. Individuals prominently renowned for being amongst the world’s oldest living people, multiple transplant survivors, etc. are not eligible.

*Persons known to be on death row or whose death is a certainty do not qualify. Don’t try and take the guesswork out of this!

Famous prisoners that die of natural causes will count towards the pool.

Should you enter a celebrity with a name shared by other celebrities or quasi famous people, Please specify exactly which you are referring to. For example, if you mention on your list that you want Vanessa Williams, I can’t exactly tell if you mean a) Vanessa A. Williams, the actress whose credits include the Showtime TV series “Soul Food” or b) Vanessa L. Williams, the pageant model/singer/actress? Without clarifying which celebrity you are referring to, it will become my discretion.

What are we playing for? Well, the administrator has given emoticons named after some past winners. If we have a tie, we will have co-winners. No tiebreaker.

I will then handle all of the updates unless anyone else wants to volunteer. Feel free to use this thread as a discussion area, try and break the news on new deaths before I beat you to it, etc. Any help in acknowledging relevant deaths will be a big help in keeping score! You may also PM me if I am lagging behind.

I will post the full list of entrants and selections once all entries have been received and verified.

Good luck to all contestants! Bad luck to the chosen celebrities! :burn:

odd, I thought I replied, but don’t see it

frummie: 2019 was won by Wannabe Actuary, second place was hotkarl.

Yes he qualifies. Makes it harder for me but oh well. You can always make a page for Mr. Lytic.

Maphisto’s Sidekick entered and I sent him my list so I can start vetting. Send in your lists, two days to go!

Are we going to have an aggregate list in time for a DDP entry…or have too many folks already died at the prospective honor?

Here are everyone’s picks. I have checked spelling and vetted these. Let me know if any of these should not be allowed per the rules:

I think everyone has name uniqueness amongst celebrities.

Sorry I didn’t submit picks this year. Life got too busy to worry about death. Umm good luck to the entrants I guess. Though I would guess most on the lists would prefer to be on next year’s list.

You have Newton John twice, with and w/o dash - 2 each. I assume 4 people choose her

Yes I realize, forgot to put my alt. That was me who picked him

I will work on the spelling later. Just wanted to get this out so we could choose for our entry in the Derby Dead Pool

OK, Picks updated. I put Norman Lloyd from my alternates list instead of Pierre Cardin. 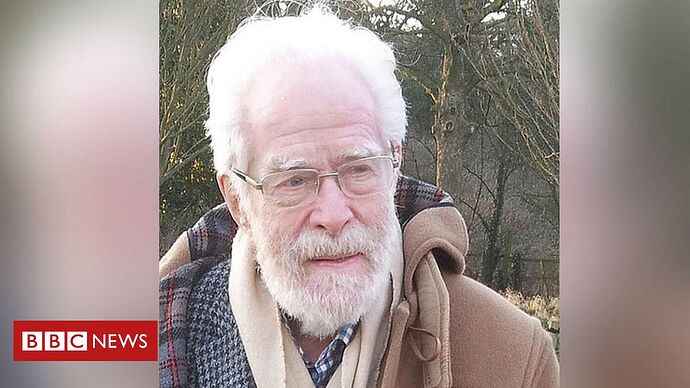 Ron Atkins "devoted his life to Labour" and was "driven by making the world better", says his wife.

This is NOT the Ron Atkins at the top of my list…the one I picked is the singer from “Pretty Maids”.

I had forgotten about the Dead Pool entry. Given the lack of interest, I’m fine with skipping the year.

Sad to have missed this for the first time in many years. It totally slipped my mind my last week “in the office”, then just got busy with the holidays.