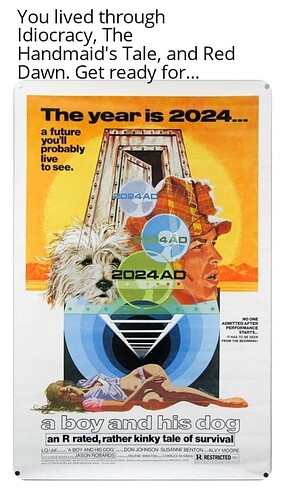 Yes, that really was the movie poster 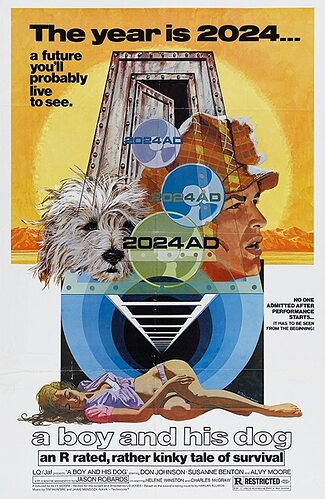 A Boy and His Dog: Directed by L.Q. Jones. With Don Johnson, Susanne Benton, Jason Robards, Tim McIntire. A young man and his telepathic dog wander a post-apocalyptic wasteland.

And no, I’m not going to tell you the plot, such as it is.

Oh, and that’s in two years

This is this year: 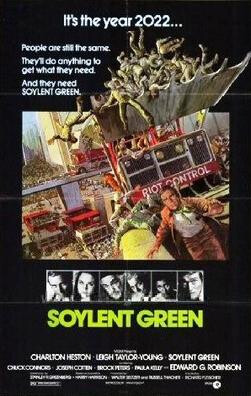 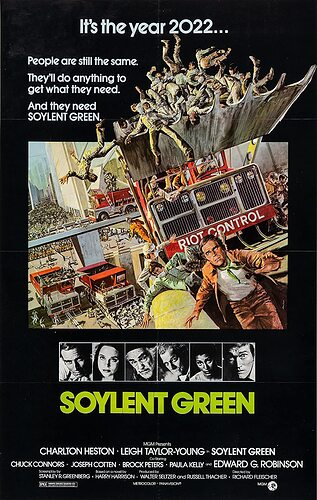 Soylent Green: Directed by Richard Fleischer. With Charlton Heston, Leigh Taylor-Young, Chuck Connors, Joseph Cotten. A nightmarish futuristic fantasy about the controlling power of big corporations and an innocent cop who stumbles on the truth.

It’s just 50 years after the movie was made, more or less.

A Boy and his Dog was a standard campus movie when I was in school. I’d read the Harlan Ellison story and was kind of annoyed that they ended the movie with an eye-rolling joke rather than ending it with the, sort of, love and sacrifice of the original story. 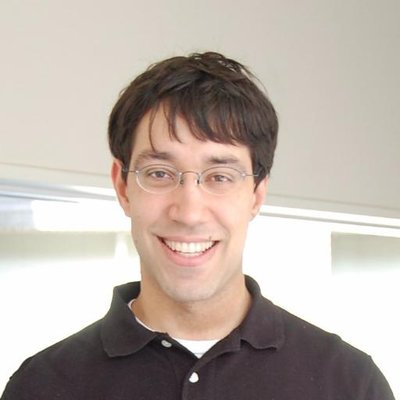 @nick_kapur
The Sessho-seki, a famous rock in Nasu, Japan that was said to have imprisoned the evil nine-tailed fox demoness Tamamo-no-Mae, was found broken in half. After nearly 1,000 years, the demon vixen is presumably once again on the loose. https://t.co/Fz3yRLy4qQ