Excel now dominates the spreadsheet world, but once upon a time there was actual competition among spreadsheet products. This program looks at Quattro 1.0, Allways 1.0, Lotus 1-2-3 3.0, Ashton-Tate’s Full Impact, and Excel 2.1. Guests include Gary Kildall, Jan Lewis, and Jared Taylor of PC Magazine. Originally broadcast in 1988.

I guess 123 + WYSIWYG (for you young’ins: WYSIWYG ("What You See Is What You Get) was an add-on for Lotus to make borders and colors and different fonts, you know, like Excel already was) was after 1988.

I started on Lotus Symphony. I even bought a book (for you young’ins: before e-books, there were actual books made of paper … that was made from trees (sigh)) before I started my first job on it.

Before that, I was making a billing/receiving database in dBase III.
I was at a company that had a big todo over Lotus and Excel. Actuaries did everything in Excel, but the Finance Area (who did Forecasts) wanted everything in Lotus.

I can remember /fr. (/file retrieve). Lotus 123 back when everything was mono crt.

What is that video using, a freakin’ nickelodeon?? Trouble watching it.

MS killed Lotus. I used to run Lotus all day with not trouble. Then my employer swapped out WordPerfect for Word. And all of a sudden, Lotus 123 crashed almost every day. It would crash around mid-afternoon. I’m pretty sure the problem had to do with trash accruing in the computer’s memory. Rebooting the computer always fixed the problem.

But it was weird. It never crash while Word was running. But it was like a switch. Any day I opened Word, Lotus would crash. And if I didn’t open Word, Lotus remained stable.

One of my former employers was using Lotus at least past 2018 last time I checked.

Not very many people know this, but Gillette made a spreadsheet program called the Mach 3 in the late 70s.

I started learning Excel in 2003, with my first actuarial job.

One of the first things I did was take a spreadsheet obviously based off of a legacy Lotus 1-2-3 file (it was all on one sheet, and just spaghetti code) and rebuild it nicer – it was an annuity factor calculator. I also learned that they used a Woolhouse approximation for mthly factors.

Not very many people know this, but Gillette made a spreadsheet program called the Mach 3 in the late 70s.

I used that to keep track of my Schick razors supply.

I think the Apple //e used something called “Apple works”.

By the time I got to a Macintosh, “Microsoft Works” had come along…then that was divided into the various Word, Excel, Access, Powerpoint lines…then I entered the corporate world and we used 123. Macros were fun & easier to build in there.

It wasn’t until late in the first decade of the 2000s that we finally transitioned out of 123 to Excel.

The Spreadsheet That Launched A Million Companies

Excel is the most popular programming language on earth, and most people who program in Excel don’t even realize they are, in fact, programming. There are an estimated 1.2 billion people who use Microsoft Office, and while it’s hard to know exactly how many people use Excel regularly, estimates put it at 750 million users. By comparison, as of 2018, there were only 10.7 million Javascript developers and 7 million Python developers.

Python and Javascript, the two most popular programming languages after Excel, are both Turing complete; that is, they can be used to perform any computation (in very simplified terms). Excel, on the other hand, was not Turing complete until very recently. In practical terms, this means that Excel simply could not be used as a substitute for a “true” programming language for many types of computational problems, no matter how clever the hacks a power user might think of.

(Note: VBA allows more technical people to build even more programs and automations, but we’re focused on what Excel can do for less technical users.)

Even if Excel is not as powerful as the languages professional developers use, and even if most of its users do not consider themselves programmers by trade, it’s hard to argue that working in Excel isn’t programming. When you layout formulas in cells in Excel, you are working with a kind of functional language. Excel is functional in that its formulas (or functions) generate the same exact output, given the same input, no matter what else is happening in your spreadsheet or workbook. You can also chain functions, passing the output of one function as the input to another, allowing for an enormous number of potential computational pipelines. Each time Excel adds a function, the power and flexibility of Excel is multiplied, since that new function can be chained to a large number of existing functions. 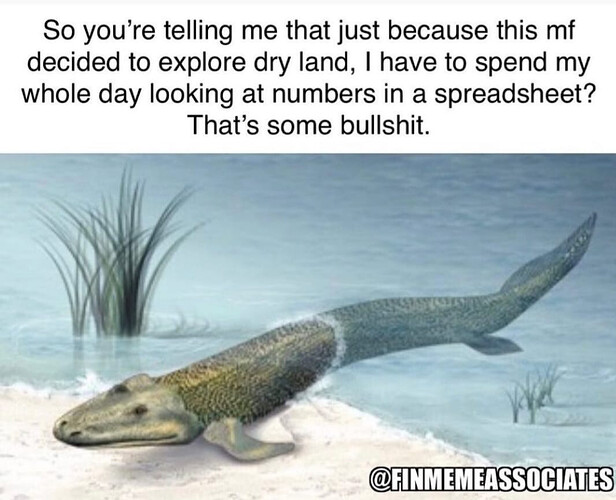 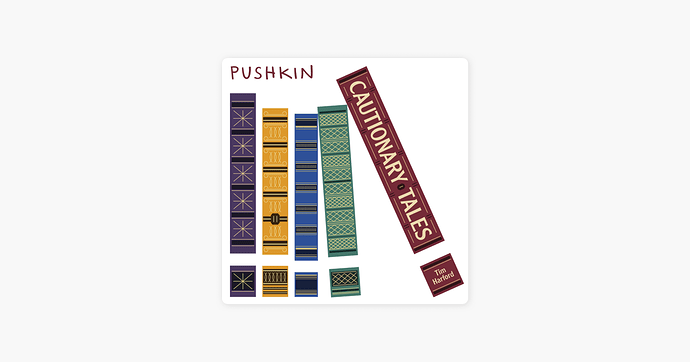 Is there, by chance, a text version? …or a tl;dl version?

I started on Lotus 1-2-3. For a while my boss was trying to get us to convert more files to Lotus Improv, which was basically pivot tables long before those got incorporated into excel

Tim Harford hates Excel. He wants to make an argument that people died because data were missed in an upload, because they didn’t do some basic data checks during the upload process.

My own p.o.v. is that people don’t take operational risk seriously, especially around Excel.