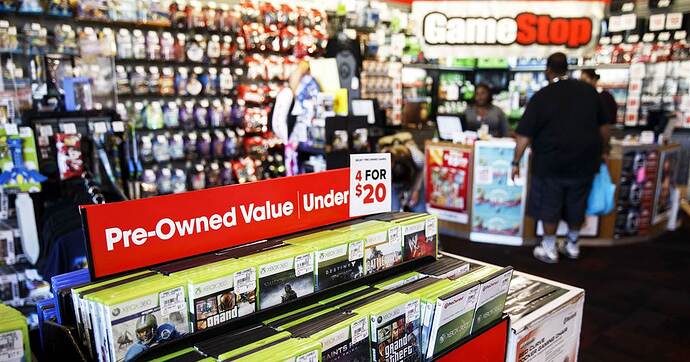 Nasdaq chief Adena Friedman said exchanges and regulators needed to pay attention to the potential for "pump and dump" schemes driven by chatter on social media.

GameStop up 700% in two weeks. Who knew Reddit has such power.

Millennials creating millionaires out of themselves while wrecking boomers.

R/WallStreetBets is lit. Someone made >$1M in Robinhood.

people are still throwing in all they have to keep GME going.

I see how it is, my thread from this morning wasn’t good enough!? @John.S.Mill

well, you should’ve posted it a few weeks ago so I can retire.

I appreciate the implication that if I posted a crazy investment idea a few weeks ago you would have gone all in on it.

The thing is these kids aren’t doing it for profit, they’re doing it out of spite.

That subreddit reads like some Incel one, but laser focused on hedge fund blood

I hope the people that are making a lot of money from it aren’t spending it all. Short term capital gains is gonna be a bitch.

I posted in the other thread, but I’ll ask this here:

So, when will be a good time to short this? 'cause someone is watching reddit to see when the interest wanes, and pounce.

When they confirm the hedge fund closes out imo, like I said, they’re doing this out of spite.

R/WallStreetBets is lit. Someone made >$1M in Robinhood.

u/deepf***ingvalue was up to $22M yesterday between shares and options, he seems to be the OG in the GME game. A few others made a mil or more.

I bought 50 shares last Tuesday just to say I participated in the pandemonium.

I posted in the other thread, but I’ll ask this here:

So, when will be a good time to short this? 'cause someone is watching reddit to see when the interest wanes, and pounce.

Timing is the hard part, and puts are expensive. A $50 put expiring Feb 12 is trading near $8.

Looks like the “real” market expects a downturn pretty soon at that put price.

Can this be traced to specific people promoting, and profiting, off of the run-up? Seems like complete market manipulation which I thought was illegal.

I mean y’all can profit from what WSB is doing, but it seems like if there is one person, or a small group of people, who are encouraging this, they could be prosecuted.