So What Would the US Do If China Invaded Taiwan?

Biden just spoke the truth imo but you can’t say that? 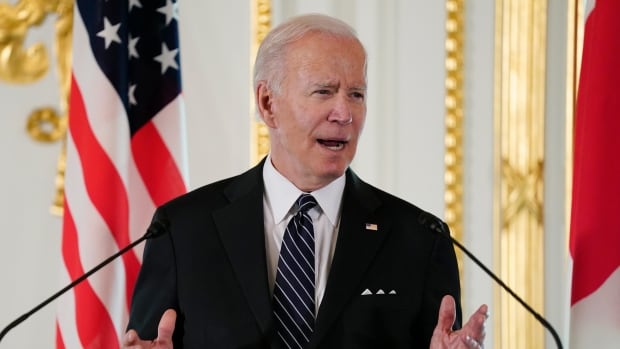 President Joe Biden said Monday the U.S. would intervene militarily if China were to invade Taiwan, declaring the commitment to protect the island is "even stronger" after Russia's invasion of Ukraine. But a White House official said Biden's comments...

I doubt the US would defend Taiwan.

I think if we saw a buildup in China we’d definitely orient ourselves to defend Taiwan (i.e. move lots of ships nearby)

I think there’s a decent chance we’d follow through given their economic significance to the US.

The US already sends arms to Taiwan.

big difference. it’s all about the profit

Maintaining a trading partner for microchips/semiconductors that isn’t China is a pretty large economic incentive for defending Taiwan though. Wouldn’t necessarily call that profit, but I definitely think there’s a good chance the US fights to keep China from messing that up

For the record, I’m Taiwanese, and follow Taiwanese news. And a big chunk of Taiwanese don’t feel confident that the US cares much about Taiwan. There’s especially a lot of negativity towards the US for taking advantage of Taiwan by selling old and outdated military equipment.

Thanks for that perspective.

What a craptastic situation.

I think the USA would defend Taiwan after China attacks. Taiwan would need to hold out for a few days on its own, then the USA would step in. Russia attacking Ukraine generated a swell of international condemnation and the faltering of Russia being a near peer to the US on the world stage. Biden (well his team) played this brilliantly. The US/Biden is banking China aggression would create the same type of world reaction. Serious sanctions against China would cripple the Chinese economy which is on a path to becoming the world’s dominate country. Biden’s strong stance reminds the world of the US’s current status of military number one and reminds China of what’s at stake.

If China can take Taiwan in a day or two to a capitulation of Taiwan then the US can do nothing. Look for increased MIC sales to Taiwan.

The US/Biden is banking China aggression would create the same type of world reaction.

Might be a real tough sell given that only a handful of countries recognize Taiwan as a sovereign nation (where as Ukraine had Russia recognizing it as a separate nation for quite some time before Putin’s cerebral edema).

So it looks like Xi is going a step closer to autocracy, with likely no end in sight for their zero-COVID + nationalist-only vaccines disaster policy. Interesting to speculate what will happen to China… perhaps turning more insular?