Should my kid skip Kindergarten?

I think I started a similar thread on the AO, but shit just got real. We need to decide today.

My main reasoning is that I want to minimize the amount of time she has to sit through boring garbage that she already knows, especially how to read.

I don’t know if this really helps, since first grade is also full of boring garbage… and there’s obvious drawbacks to being permanently younger than your peers…

So, I don’t know? Is jumping a grade good or bad or neither?

I plan to also ask her thoughts, though there’s no way she can fathom the consequences.

Of the 3 years that I’ve been in Kindergarten, I think I remember at most 10 flashes of single-scene memory.

My memory starts to really kick in in first grade though.

I’d argue it’s generally a bad idea. While she’ll learn/know more at a younger age than she would have otherwise, in modern life it doesn’t really matter how much you know in absolute, it matters how much you know relative to your peers in your grade. If you’re very young for your grade you put yourself at all kinds of disadvantages for the pride of being a grade, etc. ahead. Better to be #1 in your grade all throughout school and then be a shoe-in to Harvard, imo.

Malcolm Gladwell has written a bit about this and it’s common with deciding when to send your kids to Kindergarten.

Redshirting is the practice of postponing entrance into kindergarten of age-eligible children in order to allow extra time for socioemotional, intellectual, or physical growth. In the United States, this also refers to creating laws that set cutoff dates slightly before New Year's in order to redshirt kids born in the later part of the calendar year (often September to December) for the same purposes. This occurs most frequently where children's birthdays are so close to the cut-off dates that t...

Does the school have a good gifted program? I’d guess that’s the direction she’s headed. If first grade is going to be easy for her too, maybe leave her in kindergarten to have more time to think about it and let her skip first grade (how likely would that be a choice?), although I guess it could screw up friend groups.

tl;dr Shit if I know.

Kindergarten is more than about learning. It is becoming a more social person, being with other kids, and when they move up, she would be like the new kid, where others have already established relationships

None of your points do I see as a good argument, especially if she is happy

I would rather sit home and read books too.

Yes it does. She’s be in the same classes but have some kind of individual??? lesson plans? I dunno.

That sounds weird. If that’s the case, why does it matter what actual grade she’s in, if they’re just going to give her different work than the rest of the class? Unless they think she’s going to plateau at one grade ahead?

I was in a pull out program in elementary where I was in a regular class most of the time but then the smart kids spent part of the week with a different teacher doing more advanced stuff.

Agree with PZ . . . a big chunk of what’s learned in those early grades is socialization and understanding “how things are done at this school”.

I moved between my 1st and 2nd grade years . . . and being the new kid wasn’t all that great. Especially if you were ahead of the others in academic skills. But the one kid that was good academically and was with his peer from “the start” didn’t have all that much trouble.

I moved between my 1st and 2nd grade years

I remember being introduced as the new kid in 2nd grade and it didn’t feel great.

Then again, I still don’t feel great being the new kid. 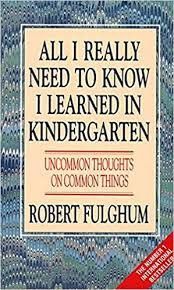 That sounds weird. If that’s the case, why does it matter what actual grade she’s in, if they’re just going to give her different work than the rest of the class? Unless they think she’s going to plateau at one grade ahead?

I was in a pull out program in elementary where I was in a regular class most of the time but then the smart kids spent part of the week with a different teacher doing more advanced stuff.

Yeah, I just don’t know enough about it. In short though there’s no Gifted Class. There’s a gifted teacher for the whole school.

I read somewhere that other kids catch up to early readers by 2nd grade. That was mostly true for mine. If she is a super fast learner such that public school will always be boring then you might want to commit to homeschooling. But if you can’t or don’t want to homeschool, then don’t she’ll probably continue to learn stuff.

I have fun looking back at things written by my first grader who knew how to spell various horse breeds but not typical first grade words.

If there is a gifted teacher for the school, there is probably a pull out program but it may not start until 2nd or 3rd grade.

In terms of reading -specifically- she’s stupidly far ahead. Comfortably reading stuff for teenagers. Not very far ahead in anything else, and not super high IQ or anything.

I don’t know if I could commit to homeschooling. That sounds like work.

Do they have a separate gifted school or another school in the district that has full gifted classes?

Or maybe they heard about the manacled doll and they’re trying to push her out of the school faster.

My two cents is no. I have known kids who skipped a year or two. They were not well adjusted. Of course, who knows how they would be if they did not skip.

My kids were opposite ends of spectrum in reading on kindergarten. They are now similar places (relative to grade) several years later, would not let reading alone drive it.

Does she comprehend it? Do you discuss it with her?

It’s work to homeschool but she is already getting some level of education at home if she is reading at that level.
Since homeschooling isn’t your thing, just keep doing what you’re doing unless she indicates she is miserable at school.
Also, at least talk to her teachers. Even if there is no formal gifted class for her grade, the gifted teacher may have ideas for activities she would enjoy.