In another thread I mentioned that developers in my neighborhood now sometimes buy charming older houses and tear them down to build big ones. This is in contrast to prior years where they’d buy cheaper homes in poor condition or that lacked appeal to build infill housing. 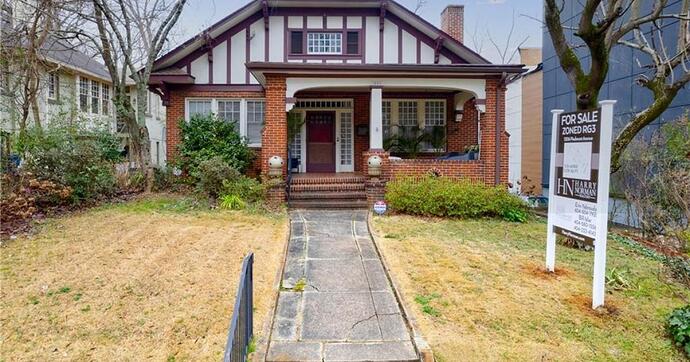 What a $1.9M teardown in Ansley Park looks like right now

Jeez, $1.9M for a quarter of an acre. And it comes with the chore of tearing down the existing home.

My eldest bought a house in waterloo about a year and a half ago for 507k. Similar house up the street just went for almost 1mm.
They’re pushing 2mm in my neighbourhood now.

I can remember ~25 years ago, Ladue and Town & Country [where “old money” resides in the St. Louis area], people were buying houses for $3 million, $5 million, $8 million purely to tear them down to have room to expand their own already huge houses. People thought that was nuts and were incensed that multi-multi millionaires would throw their money around doing stuff like that.

AND it’s in Georgia!

And it’s in Canada!

And those are in StL!

2 more correct answers, and you’ll have the clean sweep of the category. Right now, you control the board, make a selection.

Vancouver Washington - my son was outbid on 3 houses when he only offered the asking price.

Yes, the bidding wars have become an epidemic.

Red Bars Are A Myth

Bidding wars are pretty typical here now, as are places selling for over list price.

The bidding wars are only getting worse. There’s literally like 0 inventory where I am. I wouldn’t be surprised if people start offering double what’s listed

Talking to my real estate guy he says he’s never seen the housing market come to a screeching halt as it has right now.

I happen to be in the market to buy, and feel like there’s still plenty of room for prices to come down especially if we go into a recession.

I think prices are going to go down more but I can only comment on the Canadian marketplace.

In Canada, prices have already come down a bit but the drop has been mitigated by inventory reducing as well as demand. The people who are trying to sell are reluctant to drop prices but there should soon be more inventory. Prices should thus drop early in the New Year. Interest rates will probably have risen by about 4% since their lows by then so that is going to reduce significantly what people can afford.

My youngest daughter’s family has been living with us since March as they sold their condo before prices dropped. They hope to buy a larger place early in the New Year so we are betting on lower prices.

Prices are coming down in the west, it looks like the market in CA/UT/NV is cooling quickly. Other parts of the country cooking off, but less, and still some pockets where prices are going up.

Some of the really bubbly places like Boise seem to be crashing hard, or so I’m told.

There is still an inventory problem in many parts of the country so I think we have a game of chicken. Sellers don’t want to drop prices, but rising rates are crushing buyers.