Random Project ideas that are probably terrible in practice

Today my wife was reading the scene from the book Piranesi. A man is trapped alone forever in an infinite maze of hallways filled with large statues from antiquity. In the scene he watches bird flock to specific statues, in order to tell him a secret message.

I was thinking it would be cool to make a video game based around that scene, if not the book generally.

Here are the birds:
https://assetstore.unity.com/packages/3d/characters/animals/birds/bird-flock-bundle-25576

And over here are the statues:

In theory it’s just a matter of sticking the two together with some neat riddles. In practice, of course, it’s probably impossible for (reasons), but it’s a nice idea for now.

Knowing how to make a video game is also a requirement.

(And I work for a software company

That said, I did start this yesterday, for shit’s sake.

It was tricky finding free-for-commercial-use statuary, and tricky to import it into unity. But I found some lighting for it, and I don’t know, I’d say it looks pretty hot.

I’m doubtful that bird riddles would actually work, but stealth and survival maybe??? Who knows. 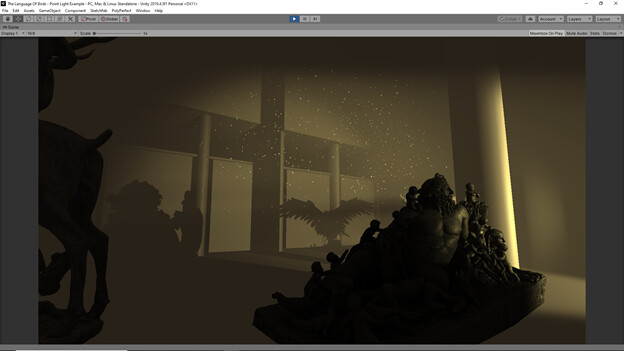 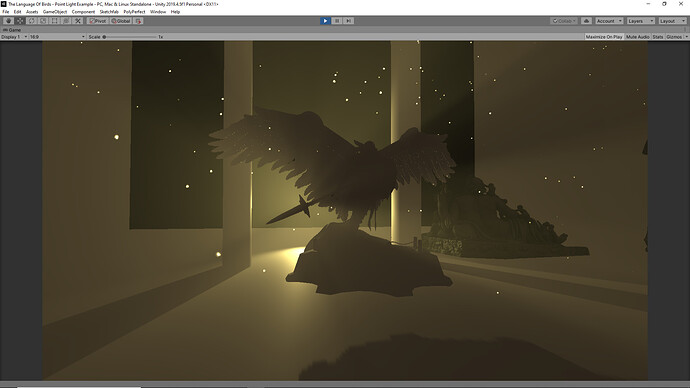