I haven’t thought through the issues, so rather than think too hard, I decided to bring the article here so you all can tell me what I should think. Should we switch to an open primary with RCV for the general election like Alaska> 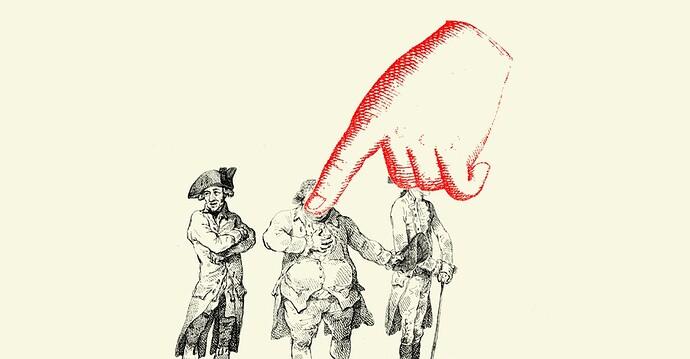 Partisan primaries motivate legislators to keep in lockstep with a narrow and extreme slice of the electorate rather than govern in the public interest.

I was expecting to be opposed, but the article and the Alaska method make a great deal of sense.

I don’t mind primaries.
I do mind election officials officiating over them, wasting my hard-earned tax money on, essentially private elections.
I say, let them (parties) hold their own primaries on their own dime and time.
Preferably between the Black Sea and the Caspian Sea.

After reading, I approve.
Even better, I propose that if a candidate wins the first round (formerly the “primary” round) in a majority, then no general election is required. I think L.A.'s mayoral election is like this.

I get and accept the perspective, BUT

Biden is one of the most right of the Dems. he ran because he could beat trump.

if Reps voted in primaries, would they vote Biden because he is the closest to their perspective or would they vote the weakest candidates to be sure their true choice gets a weaker opponent?

if Reps voted in primaries, would they vote Biden because he is the closest to their perspective or would they vote the weakest candidates to be sure their true choice gets a weaker opponent?

That was why initially I was skeptical, but the Alaska model nominates the top 4 vote getters, so such shenanigans seem less likely (or less effective), when Republicans in a state want to influence who runs for governor or senate, for example.

I would have to reread the article to see what it would even suggest for the presidential election.

This is just another attempt to destroy any hope of ever unseating the oligarchy that the Republicans and Democrats have.

Because without third parties having guaranteed access to the ballot, there will be more shenangians than there already is to keep them from running. We already both old parties filing hundreds of lawsuits to remove third party candidates.

Primaries are a waste of taxpayers money. Parties should nominate their candidates via convention and be guaranteed ballot access.

Well, AK model doesn’t really “nominate” them; they are the highest vote-getters so they move on to the Final Four (until the NCAA catches wind of it).
It will make party campaigning a lot different.
And, I think the same model on Presidential elections would be fine.

Parties should nominate their candidates via convention and be guaranteed ballot access.

No to “guaranteed ballot access.” No non-candidates (i.e., party machines) should be allowed to put whoever they want on the ballot, just because they say so (and that pretty much is what a “party convention” is).

So, get your required number of valid signatures by such-and-such date and you’re on the ballot. That, to me, is a fair rule for all who want to be candidates. Fewer party stooges that way (though parties do have a well-oiled machine already to get signatures, I assume).

Then it should be equally required of all parties, not just third parties. Right now, we have a situation where people that aren’t R or D can need upwards of 100x the signatures to be on the ballot vs. the R or D requirement.

I agree. No party should have any explicitly written advantage due to the regulations.

Established parties have some inherent advantage, since they can more easily get any number of signatures than a smaller party, but I’ll give them that.

Because without third parties having guaranteed access to the ballot, there will be more shenangians than there already is to keep them from running. We already both old parties filing hundreds of lawsuits to remove third party candidates.

Disagree. In fact, I’d say the complete opposite.

This type of reform is crucial for 3rd parties to ever do okay.

The evidence of the states that use this is the exact opposite. CA has a top two, and the general election is very often just D vs D.

That’s fine-- California likes progressives. Makes sense they would choose between them.

I don’t think you can really compare how many third parties are produced by one system vs the other system right now, since we have 0 third parties in the house.

Honestly, I can’t say when/how this will pay off for you… Only that if you ever want to see 3rd parties take off, voters need to know that there are better systems with no “wasted votes” and no “spoilers”.

I don’t think you are ever going to see much in the way of 3rd parties having any influence under a “one-district-one-rep” system. An RCV setup does give them a slightly better chance, but it’s more likely impact is to move the candidates from the 2 main parties towards the center - which I think is likely better than what we have now.

If we care about third parties, note that it is very unlikely that it would take 25% of the vote to make it to the final four. Odds are quite a bit less.

I can vote for my preferred third party in the primary, knowing I’ll still have four choices in the “finals”. If my third party candidate squeaks into the finals, I’ll use ranked choice voting to demonstrate my first choice.

Sounds good to me.

Other candidates need to be better.
Or, dig up the dirt better.
Note: CA is not always so progressive. Just the last decade or so. A decent moderate Republican versus a cray-cray Dem, and a lot of middle-road Dems would take the latter.