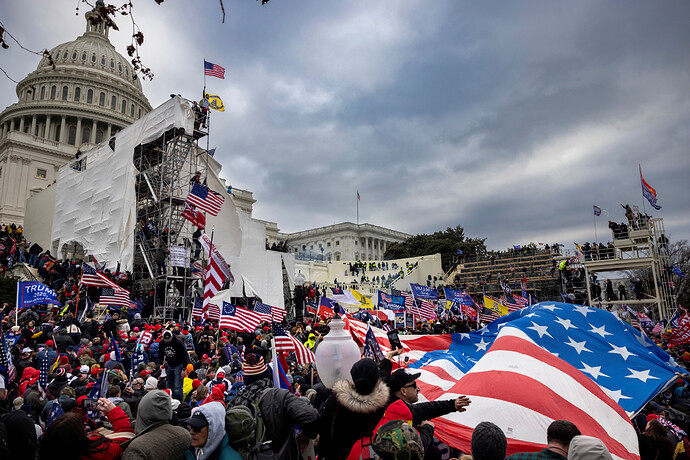 Griffin, a county commissioner in New Mexico, was convicted of a misdemeanor for entering Capitol grounds.

Cuoy Griffin removed from office and barred from holding future federal office. Who will be next? MTG, DT (maybe next barred), LB, Jordan? We can hope.

I wouldn’t get my hopes too high. Regarding MTG, 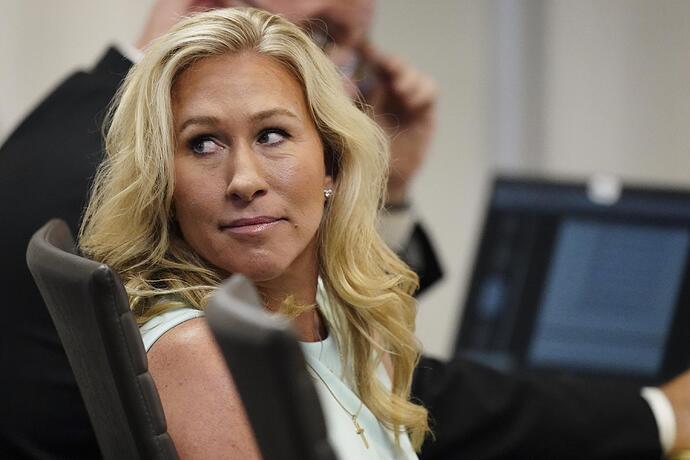 ATLANTA (AP) — Georgia Secretary of State Brad Raffensperger accepted a judge’s findings Friday and said U.S. Rep. Marjorie Taylor Greene is qualified to run for reelection despite claims by a group of voters that she had engaged in insurrection.

Done by a state level judge. His term is up and he isn’t running for reelection. The case was tossed at the federal level.

My guess is that if it were appealed he would win and it would all be overturned. However, if he never intends to run again he will likely never challenge it. I guess he could challenge it now to try to get his place back until his term is up. Chances are he would probably win on appeal. But he would most likely just get a TRO to keep his job until Jan then the appeal would probably be dismissed as moot.

The difference between Griffin and Greene is that Griffin was actually part of the mob that broke into the Capitol.

I can see a credible argument being made that Greene’s rhetoric didn’t (quite) rise to the level of insurrection / was (unfortunately) just First Amendment-protected speech, and thus without stronger proof of connection with the mob, she (sadly) can’t be disqualified.

Louie Gohmert flew to Miami yesterday to greet J6 defendant Simone Gold as she was being released from custody after serving her sentence. He presented her with a US flag that flew over the Capitol.