For stuff about women’s Soccer in the USA, but I think we could add in Euro women’s league discussions as well, seeing as they are equal to or better.

First up, this is interesting news about expansion: 30 investor groups want to join! 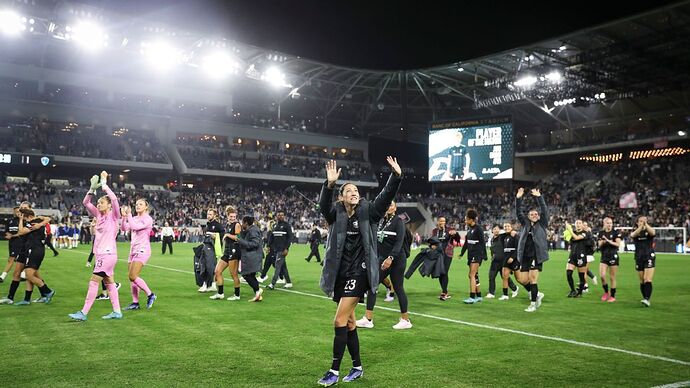 As expansion race heats up, NWSL faces tough questions about its future

Sources say Utah is in and seven MLS teams are interested. How will the NWSL sort through expansion candidates? And should relocation be the focus?

Berman says she has heard from “over 30 investor groups” interested in the league. Although sources around the league say a handful of them are truly serious and ready to mobilize right now, the unprecedented volume of interest – which necessitated a formal bidding process for the first time in league history – illustrates the demand for the league.

Well, financial interest. Still waiting for fan interest.
Also, with so many investor groups, one would think they could simply form a competing league on their own. Maybe get some Saudi backing? Seems to work in other sports.

Current owners would not appreciate this. They are, after all, only interested in how much they can sell their teams for, and how much they will get in franchise fees. Frickin’ pyramid scheme. Meanwhile, England’s Women’s Super League is at the top of a ten-level real pyramid. 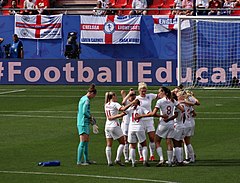 Women's football has been played in England for over a century, sharing a common history with the men's game as the country in which the Laws of the Game were codified. Women's football was originally very popular in the early 20th century, but after being banned by the men's Football Association, its popularity declined. It took until the 1990s for the number of female players and spectators to increase, culminating in England hosting the Women's European Championships in 2005. It is impossi... 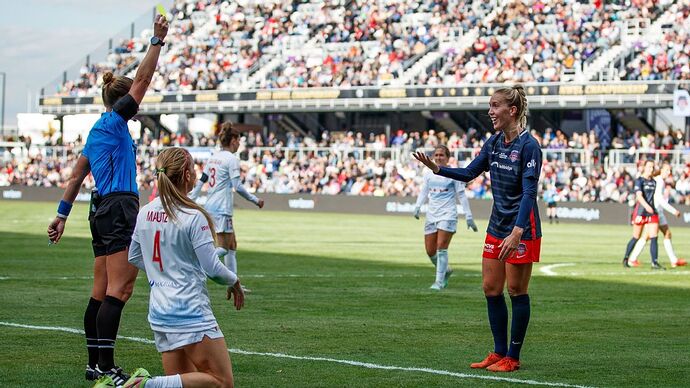 NWSL coaches and players have hammered the league for failing to protect its players from bad refereeing, but fixing it will take time and money.

Berman, who arrived as NWSL commissioner in April, inherits a situation that’s been brewing in plain sight for years. Sources familiar with the situation say this topic is indeed on Berman’s radar as an issue that needs addressing, but her list is unsurprisingly long. That list likely includes expansion, better scheduling and increased broadcast access, but Berman must also continue to address player safety concerns after widespread allegations of abuse from coaches last season. Furthermore, the refereeing complaints and injury concerns bring to light worries about player safety through a different lens.

“For those of us that watch international football, the standard of NWSL refereeing is not such that player health and safety is being protected,” said Meghann Burke, the executive director of the NWSL Players Association.

Was totally unaware of the history of women’s soccer in the UK: fascinating reading, especially about its banning in the 1920’s. Thanks for sharing.

Hopefully the NWSL will include a few Canadian teams like the Men’s League.

I know at least one person w season tickets to the aurora here in mpls. So the seats wont be empty. I suspect the mn team will do ok attendance wise

Bump… for yay free agency… except for you’s. 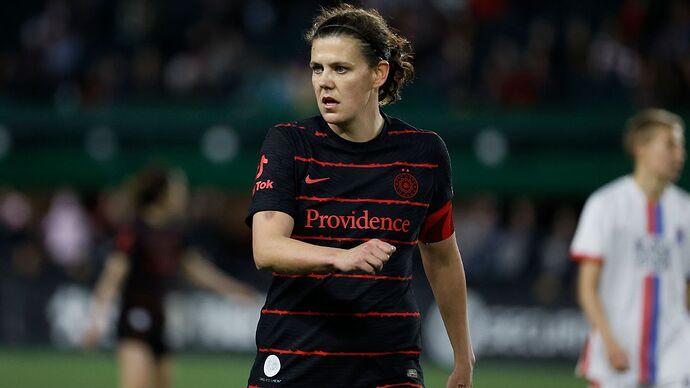 The NWSL Players Association has filed a grievance over the league's denial of free agency to 22 players.

The 22 players’ contracts expire on December 31, 2022. What time, I wonder?
And who would sign a contract that expires months after the season ends? 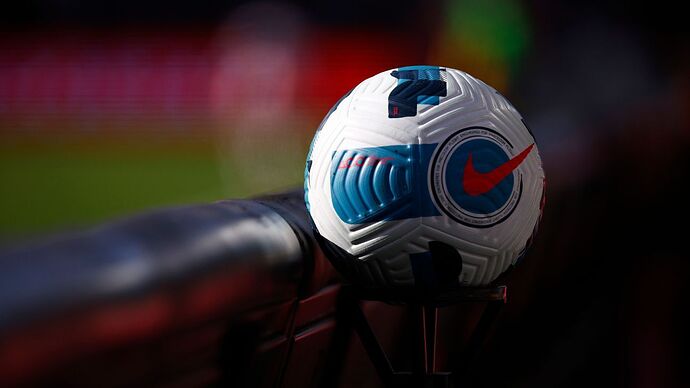 The independent investigation into player abuse in women's professional soccer revealed a long list of systemic failures within the game.

These coaches actually thought these were the best methods for improving players’ skills?

“Abuse in the NWSL is rooted in a deeper culture in women’s soccer, beginning in youth leagues, that normalizes verbally abusive coaching and blurs boundaries between coaches and players.”

The report includes a previously undisclosed revelation as to the manner of Racing Louisville’s firing of Christy Holly as manager back in August 2021. The report details how Holly called a player, identified as Erin Simon, in for a film session, stating he would touch her “for every pass” she made a mistake on. (ESPN’s policy is to not publicly identify victims of abuse, but Simon, through a spokesperson, agreed to be identified.)

Holly then proceeded to put his hand “down her pants and up her shirt.” Simon would try to “tightly cross her legs and push him away, laughing to avoid angering him,” adds the report, stating that when her teammate picked her up to drive home, Simon broke down crying.

Holly was later fired for cause, though the reason for his firing wasn’t publicly disclosed.

The investigation was initiated following a report in The Athletic in 2021 that detailed allegations of sexual harassment and coercion from 2015 made against former Portland Thorns manager Paul Riley. Former Thorns players Mana Shim and Sinead Farrelly alleged that Riley invited both players back to his apartment and asked them to kiss each other in exchange for getting the team out of a conditioning drill the next day, as well as drinking with players and sending lewd photos to Shim.

The Thorns fired Riley following an investigation, though they failed to follow up on additional allegations from Farrelly that included having a sexual relationship with him. The allegations against Riley were by no means unique.

The abuse by coaches wasn’t always sexual in nature, the report found, with former Chicago Red Stars manager Rory Dames among those found to have verbally and emotionally abused players.

“We heard report after report of relentless, degrading tirades; manipulation that was about power, not improving performance; and retaliation against those who attempted to come forward,” the report read.

Oh, and the teams always were cooperating, cuz money, right?

The report found that three organizations – the Chicago Red Stars, the Portland Thorns and Racing Louisville – didn’t fully cooperate with the Yates investigation, despite public statements to the contrary.

“The Portland Thorns interfered with our access to relevant witnesses and raised specious legal arguments in an attempt to impede our use of relevant documents,” the report read. “Racing Louisville FC refused to produce documents concerning Christy Holly and would not permit witnesses (even former employees) to answer relevant questions regarding Holly’s tenure, citing non-disclosure and non-disparagement agreements it signed with Holly. The Chicago Red Stars unnecessarily delayed the production of relevant documents over the course of nearly nine months.”

The report added that the Thorns tried to claim that certain information, including the Thorns’ 2015 report of their investigation into Riley, was protected by attorney-client privilege or common interest privilege “despite evidence to the contrary.” The Thorns only relented after a period of months after the initial requests by investigators.