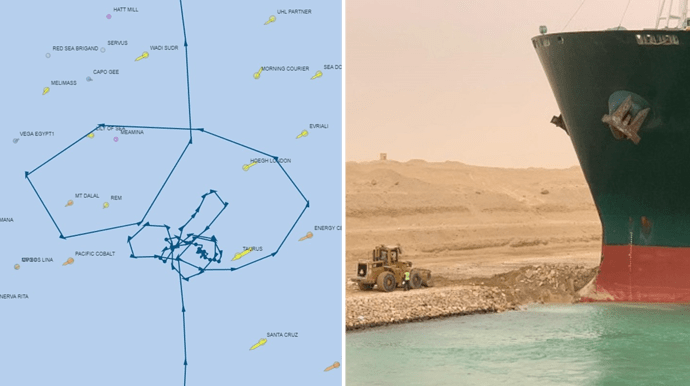 Just before blocking one of the world’s busiest waterways where 10 percent of world trade flows, the unfortunate Ever Given sailed an even more unfortunate course. 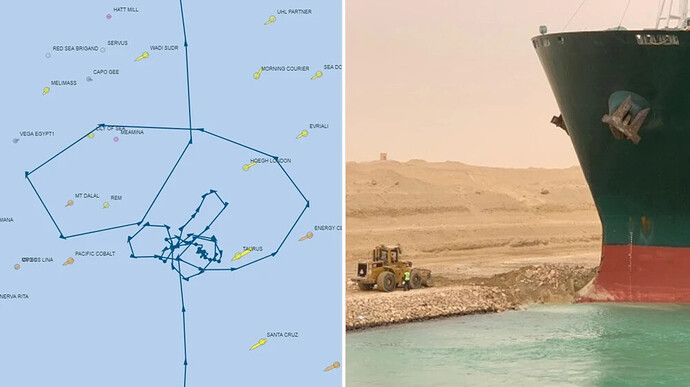 If it were only the dick pic, I’d put this in News that Makes Me Laugh.

The “gumming up the entirety of the Suez Canal” makes it not funny. 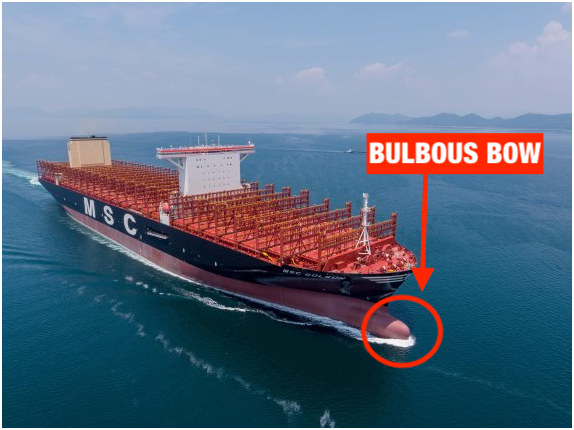 Tracking video of the ship courtesy vesselfinder.com:
Controversial track of the container ship Ever Given that blocked Suez Canal - YouTube

“Suez Canal” is now a euphemism??

Saw this news, thought, Oh, it’s too wide or too deep, and ships should be built to traverse canals, and not require canals to be redug.
But, no, this ship is actually nearly sideways in the canal. Captain probably Hazlewooded the ship.

But, no, this ship is actually nearly sideways in the canal. Captain probably Hazlewooded the ship.

While I’ve seen various speculating about this-that-and-the-other for how the ship got stuck, given the dick doodle in the water before the sticking, one gets an inkling that somebody is getting fired (or, perhaps, several somebodies) because one wonders if this was done on purpose… and while Hazelwood comes to mind, this particular accident might be more like this: 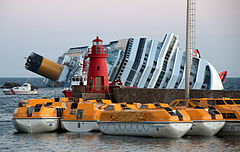 Francesco Schettino (born 1960 in Meta, Naples), who had worked for Costa Cruises for 11 years, and First Officer Ciro Ambrosio were arrested. The captain was detained on suspicion of manslaughter and for violations of the Italian Penal Code and Code of Navigation on three specifications—of his having caused the shipwreck "owing to ... imprudence, negligence and incompetence" resulting in deaths; having abandoned about 300 people "unable to fend for themselves"; and "not having been At the valid...

The navigator obviously watched too much Top Gear in his spare time.

According to a ship-tracking service, the MV Ever Given is seen surrounded by at least six tugboats, with more on the way. 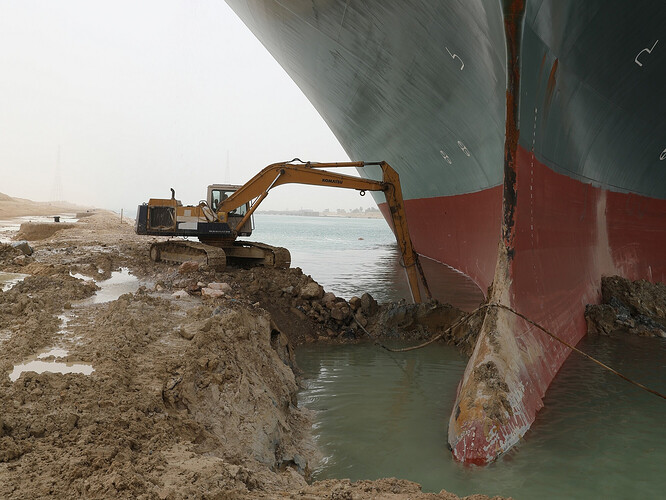 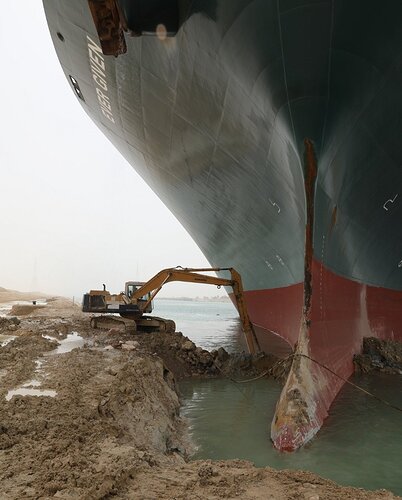 Guy With The Digger At Suez Canal (SuezDiggerGuy)

You know, I’ve been following this news article in the wrong sources. They didn’t mention the dick pic. They just said that high winds and a dust storm led to the ship going astray.

Latest I’ve seen is that expert teams from Japan and Netherlands are working with local authorities to try to free the ship.

There are fears the ship might break, and then it could take ages to clean up the mess and re-open the canal.

Even if they manage to dislodge it intact, they fear it may take weeks, and hundreds of ships, including ones carrying livestock, may be re-routed around Africa (adding a week to their voyage) and, interestingly, this very ship ran into a ferry near Hamburg, Germany, in 2019.

Stu told me the same thing (he watches his international news on NHK World) – that it was a weather condition that made the ship get stuck.

That little doodle does not look accidental to me.

No, although if he had to sail around in circles while waiting his turn to enter the canal, it might be kinda random. I mean, not, “he had no idea it was a dick pic”, but “he didn’t have anything better to be doing.”

Especially when you look at what most of those other ships are doing. Basically sitting still.

I mean, the Captain abandoned ship in the Costa Concordia (a big no-no) and had been sailing too close to shore and had disabled the ship’s navigation system… presumably because he knew he was too close to shore, but wanted to give passengers a better view.

I don’t think anyone died in this incident, although the final economic toll will probably be significantly greater than the $2 billion that Costa Concordia cost. A crazy number of ships go through the Suez Canal every day.

But I don’t know about criminal charges unless the crew was drunk (which is certainly a possibility) or otherwise negligent. I doubt any charges will be as severe since they didn’t abandon ship and leave people to die.

They need to hire an Egyptian pilot to go through the canal. The ship master is legally liable (quirk of the law) but may very well have had nothing to do with whatever went wrong.

I am not sure how to interpret the other ships’ information in the picture. It seems unlikely that that many ships would all stay stationary during the time it took for the Ever Given to move that much. That would be stupid economically.

Well, I’ve been reading posts on another board by a guy who says he’s a lawyer who had been involved in several similar incidents, and he says the only thing he knows for sure is that the people who know what happened aren’t sharing that information, and everyone in the press is just speculating.

(And also, due to quirks of the law, the ship’s master is legally at fault even if he had nothing to do with whatever went wrong. In contrast, in the panama canal it’s possible for the local pilot or the canal authority to have legal liability if they can be proved to have been at fault.)

So it seems they have refloated the boat. I heard it was costing the world economy $400 million per hour. WOW.

A crazy number of ships go through the Suez Canal every day.