I don’t see a thread on this, yet. But i have like 5 news alerts saying that Twitter has reached an agreement with Elon Musk to let him buy it. He has all sorts of ideas of how he wants to change it. This feels like a big deal.

kinda like when dw simpson bought the AO, but on a much larger scale. It’s the beginning of the end

I don’t see a thread on this, yet. But i have like 5 news alerts saying that Twitter has reached an agreement with Elon Musk to let him buy it. He has all sorts of ideas of how he wants to change it. This feels like a big deal.

Not sure what twitter is good for in the first place. This should lead to the realization of all intelligent people that twitter is a waste of time reading and posting.
That doesn’t mean it won’t succeed. Far from it. The ideocracization of America is in full bore.

I vaguely like the idea I saw someone float elsewhere a number of months ago: writ large, we should go back to charging people to use the Internet.

Oh yes. No doubt -This- is the moment we realize Twitter is stupid.

It may be stupid, but it’s still important. I don’t use twitter directly. But I end up using it indirectly because people I interact with use it. So people post tweets here, or send me links to them in other ways, or hand me their phone to show one to me, or repeat information to me that they saw on twitter.

Heck, a lot of news comes first on Twitter these days, reporters seem to use it extensively. A lot of the images of the Ukrainian war were initially posted on Twitter.

I asked the people who did that vaccine study I joined when they would publish, and how I would find out, and they told me to follow them on Twitter. I replied that I don’t use twitter, and they didn’t really have an alternative. (I asked my husband, who uses twitter, to follow them.)

So yeah, it may be a waste of time for me to post there. I don’t think it is for a journalist. I don’t even think it is for my husband. And stupid or not, at the moment, Twitter is an important platform. And this is potentially a major change.

Meh. We get the news eventually. No need to get it as fast (and as inaccurate) as possible.
I’m glad other people are around to filter the best (relevant, funny, etc.) stuff and post it here. Thanks, everyone for saving my time!

I’m still not going to create an account to use it or “follow” anyone. No one’s idea of importance is worth that much of my attention.

Will I still like it under Musk? No idea.

Wouldn’t be surprised if one of his first actions is against that kid that tracks his corporate jet that Musk tried to pay off to stop.

A lot of fake images of that conflict were also posted on [social-media-du-jour].

If twitter becomes unfun for me for whatever reason, I’ll just move on, as I did with other things (as I was just reminiscing about IRC and USENET over there) 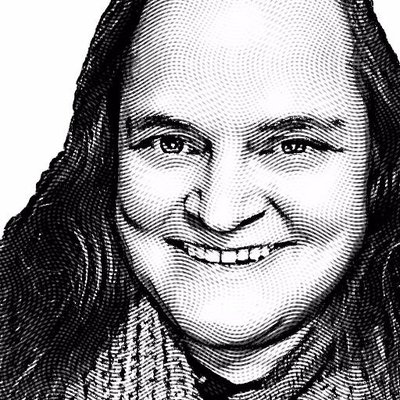 @meepbobeep
is IRC still around? man i remember the olden days of USENET and ISCA

It will be interesting to see if Elon Musk changes some of the dynamic in the most active parts of twitter, but I’m in particular clusters that haven’t been touched at all.

I’m generally chatting with people I know personally, or on niche topics where it’s only a handful of us talking. Nobody is going to censor me over my opinion on sumo wrestlers (I should hope).

The only times I’ve wandered into big clusters is when somebody with a big following said something about mortality rates and I butted in. But I’ve never really had any issues w/ it.

I do not use it for news, because it’s so easy to fake or lie, except for the niche topics like sumo, as noted.

(I use LinkedIn even less than I use Twitter.)

A lot of fake images of that conflict were also posted on [social-media-du-jour].

Certainly true, including outright propaganda. However, some important documentation of the conflict is happening on Twitter. Following the right sources is key here.

The point I’m trying to make is not that Twitter is good. In fact, it’s full of Fake News, and is probably worse than Facebook in many ways for spreading dangerous fake memes. It’s that what happens on Twitter matters. So I care if Musk is going to remake Twitter, because I expect it to have some kind of impact on me, even though I don’t use Twitter.