Yes, the prior generation smallpox vaccines were based on live, replication-competent vaccinia and caused myocarditis at significant rates, were dangerous for immunocompromised individuals or pregnant women, and also weren’t safe in people with certain skin conditions like eczema and psoriasis. The rate of serious adverse events was as high as 2%.

However, there are new generation vaccines, notably Jynneos, which was approved by the FDA in 2019 for both smallpox and monkeypox and is manufactured by Bavarian Nordic (US stock ticker: BVNRY). These are also live vaccinia (modified vaccinia Ankara), but not replication-competent due to genetic modification and so are considerably safer.

The textbooks say that monkeypox does not spread easily, but the contemporary empirical data suggests strongly otherwise…

People are getting blasé with COVID, so perhaps it’s time for a different pandemic.

“THAT COVID’s lost its taste, so try another flavor…”

Well fortunately, I still have a box of masks. 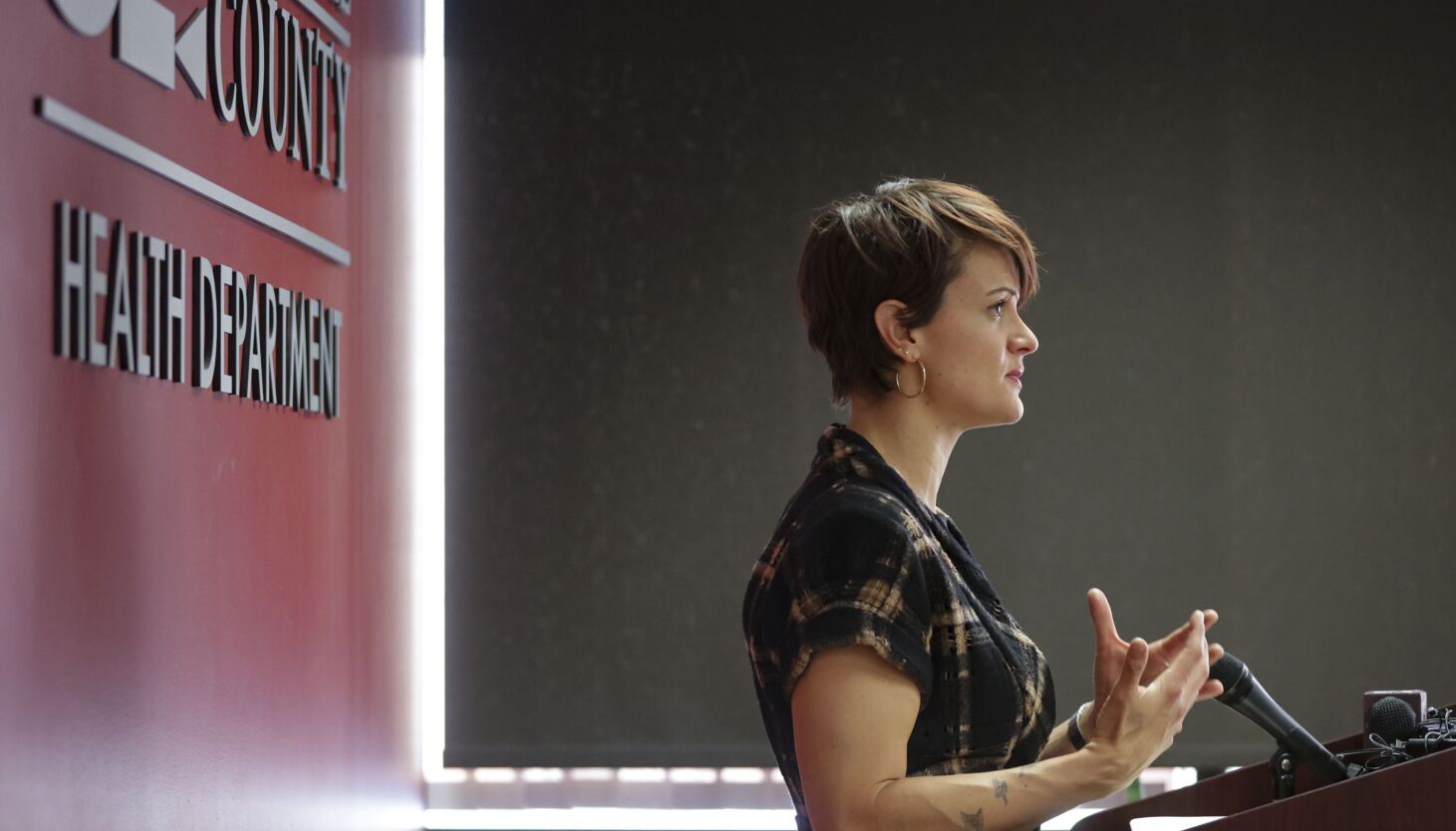 The disease can be serious, killing about 10% of those infected in Africa, but Dunn said she expects the death rate to be “much, much lower” in the United States because of better access to health care. Someone with a weakened immune system could experience a more severe case of monkeypox, she said.

So WHO declared a PHEIC, despite the panel being split 9-5 (9 against, 5 for) on the decision to declare. Some of the case studies are a bit shocking to me, with some victims reporting 10+ different sexual partners just in the few days time period around their suspected acquiring of the virus. Often, the partners are completely anonymous so no contact tracing can be done. It also appears that certain methods of transmission are causing some unusually unpleasant symptoms (although the sores are often quite painful in general) such as proctitis so severe that morphine is required to induce a bowel movement. Probably it would be wise to curtail some of the riskiest behavior as an NPI, but I suspect such recommendation will not be well received. I am encouraged to see the WHO discussing it, though.

WHO chief Tedros Adhanom Ghebreyesus said it is crucial for public health authorities to engage communities of men who have sex with men to reduce transmission of the virus and take care of those infected, while protecting human rights by fighting stigma and discrimination.

“For men who have sex with men, this includes for the moment, reducing your number of sexual partners, reconsidering considering sex with new partners, and exchanging contact details with any new partners to enable follow up if needed,” Tedros said. 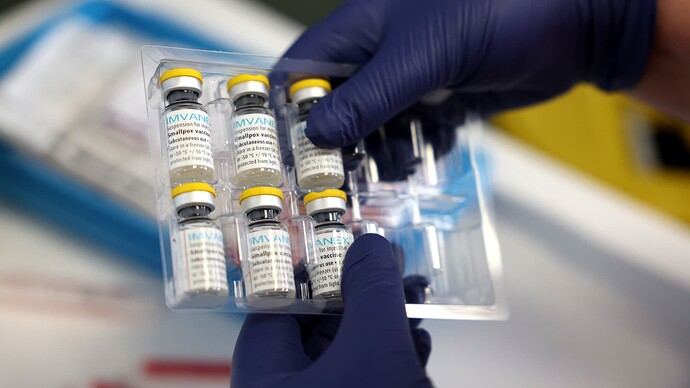 WHO recommends gay and bisexual men limit sexual partners to reduce the...

Men who have sex with men are the group at the highest risk of infection right now from monkeypox, according to the WHO.

How long until it mutates to spread better through the air and causes problems for everyone?

I’m just getting used to not masking…

It’s interesting that you ask this. Firstly, I don’t think you should worry about this. Variola and varicella poxviruses are accepted to mostly transmit via the respiratory route, where they first infect the mucous membranes, then progress to viremia, disseminating widely through the lymphatic system. Monkeypox has not been associated with respiratory spread, instead its mostly been from zoonotic transfer until now. The current outbreak appears to be largely sexual and fomite transmission. It seems mostly the touching of the monkeypox-infected or things they’ve touched that you want to avoid and I eagerly await the hand and surface sanitizer studies.

That said, poxvirus transmission is particularly complex given the viral-laden lesions, which I read they swab as one form of testing, and which many patients do not like given the discomfort involved. I wonder if weak lesion swabbing could potentially lead to some false negatives.

In current news, the Biden administration declared a national emergency today, mostly I believe to increase production of and access to tecovirimat now and eventually the JYNNEOS vaccine. 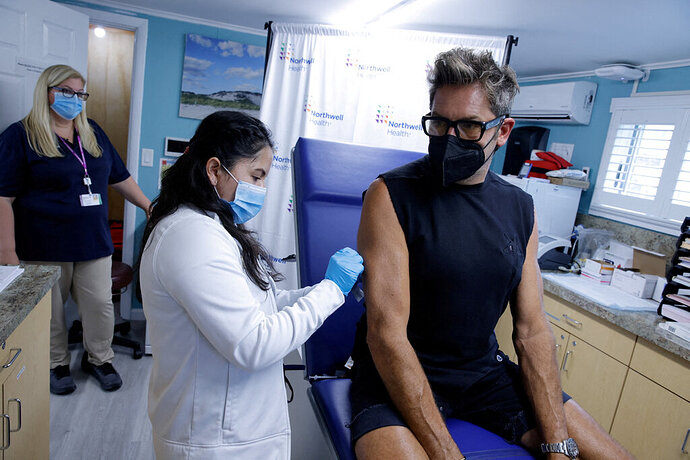 The designation will free up emergency funds and lift some bureaucratic hurdles, but many experts fear containment may no longer be possible.

I think respiratory transmission is necessary in order for an outbreak to have a COVID level disruption to society. Not to say a Monkeypox outbreak isn’t serious. It’s just, if primary transmission is sexual and fomite, then the advice is all things we should be doing anyway. Don’t have casual sex with multiple strangers and use protection. And wash your hands frequently. And don’t touch your face. (sorry, I’m never going to stop touching my face. I have a problem)

It’s just, if primary transmission is sexual direct contact and fomite, then the advice is all things we should be doing anyway. Don’t have casual sex with multiple strangers and use protection which includes wearing clothes to prevent direct contact.

Fair enough. Which, to my point, is a lot smaller an ask than “don’t leave the house for the next 3 months.”

Yeah, hand shakes might be a form of transmission, as well as door knobs.

I hope it doesn’t mutate to spread via respiratory droplets. But we already have a vaccine. And weirdly, we have an enormous stockpile of vaccine, because it’s the same vaccine as smallpox, and that’s stockpiled in case of bio terrorism. The reason we have a shortage of because there’s a newer vaccine that doesn’t make you very sick, doesn’t scar you for life, and is less likely to kill you than the stockpiled vaccine. And THAT vaccine is in short supply. But my entire generation was vaccinated with something like what’s stockpiled, and most of us survived.

I just hope the old vaccine still works… Unlike the PPE that were stockpiled. I think it’s pretty stable, though, so the odds are decent.