Many US commentators have never BEEN to countries they comment on

I found this article by Eva Bartlett is very good and she interveiwing Stephen Kinzer.
Here is the link to the article rt.com

Press a button, and the narrative changes’

Kinzer also noted how media narratives can suddenly change, like a switch has been flipped.

“It’s so interesting that when power decides to change the narrative, it happens right away.

“I can remember just six months ago turning on my PBS News Hour, in the US, and seeing a very longreport with General Dunford and Kelly Ayotte and a bunch of these right wingers who had come up with a big report about Afghanistan. And it was about why we can’t leave Afghanistan, we have to stay. It was a 10-minute report, and no other voices, nobody came on to say, ‘Wait a minute, that’s nonsense.’ Everybody was saying, ‘We have to stay in Afghanistan forever.’

“Suddenly, the president of the United States decides, OK, we’re gonna withdraw. And now, suddenly, it’s acceptable to say, ‘That whole Afghanistan thing was a disaster.’ Somebody just has to press a button, then the narrative changes, then everybody is allowed to say what the president said. But if you had said it one day before, you would have been in a lot of trouble.

“You have to wait for the general narrative to change, then you can change your narrative, but don’t do it until power tells you it is acceptable to change.”

Later in our conversation, he gave the example of writing about Israel, which he said was hard to do, until recently.

“Suddenly, in recent weeks even, it’s become a little more OK to be critical of Israeli policies, because some people in Washington are now a little more critical.”

For those who don’t like clicking my links here is the full article.

While your thread title might be true, the two people mentioned in the para that you like have visited Afghanistan, Is it the author of the posted article than you are referring to?

Did rt.com do a story on that amazing DEN-RUS game last week?

I think they did, but I have zero interest in professional sports.

AA: you got to read the whole article.

I knew about this site when my all the alt IDs were getting banned at the rebel forum just before the election.

I did register this ID around that time but I deleted after a day or so and reregistered again a week or so ago.

Some mods really hated me on rebel forum, they banned me while that forum was sinking! 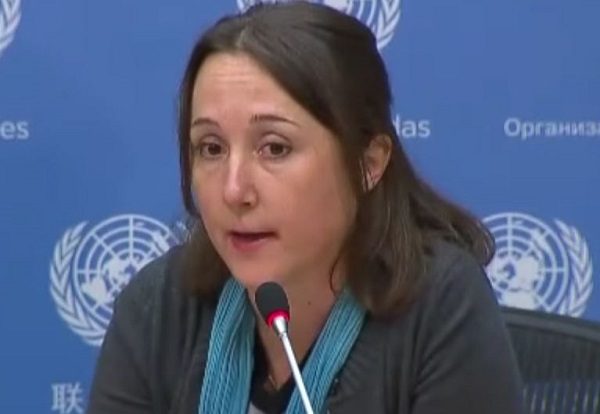 FACT CHECK: Syrian War Victims Are Being 'Recycled' and Al Quds Hospital Was...

The idea that victims of mass tragedies are "recycled" is a common theme among conspiracy theorists, but there are international reports and footage of the Al Quds Hospital attack.

Ok, I read the article which states some journalists commenting on Syria have never been there. I wonder if that applies to the author of the article.

Weird article. Odd for state sponsored media to complain about other journalists being too willing to accept “the narrative”. I’d guess most writers for rt have never been to some of the countries they comment on, but that’s OK as they receive proper instruction from the Kremlin on how to report on them

You meant Eva Bartlett? She has expressed her view about white helmets and Syrian conflict in many places. There are many journalists who don’t like her.

I tend to believe her views over msm view on “Syrian chemical attacks” and the USA/west funded “white helmets”. MSM always twist facts and “control the narrative” and present USA and its allied friendly version of foreign events. How many people in developing countries say “go home yankee”?

OK I understand. American bombings kill civilians but Russian bombings in support of Assad do not and any claims that they do are based upon fabricated evidence.

If anyone is interested in some unique reporting on Syria, I found some of the bellingcat articles to be well researched. Some of the articles are not friendly to the west. In my opinion they are neither following the “media narrative” nor Putin puffery.

Well, if that makes you happy…

But at least Russia stopped the USA turning Syria into another Libya.

I think I’d rather be in Libya, tbh. Other than North Korea I think Syria is probably bottom of the list for most people looking to move.

Of course many Africans and others are trying to goto Libya and then you know what they do right… Before Obama and the Killery changed Libya, it was the most prosperous African country…

I don’t think many Africans are going north to Libya and then east to Syria.

I knew that one would get you excited. I imagine their work in Russia bothers you greatly