Think the Lincoln Project was doing some good work in the lead up to the election? Maybe, but this has an awful stench to it.

“Since its creation, the Lincoln Project has raised $90 million. But only about a third of the money, roughly $27 million, directly paid for advertisements that aired on broadcast and cable, or appeared online, during the 2020 campaign”

Seems like much of it’s funds may have gone towards outrageous consulting fees for it’s founders and leaders.

Now there are allegations that perhaps sexual harassment by one of its founders may have been ignored in the interest of keeping the gravy train rolling. Lincoln Project founders deny this.
How a leading anti-Trump group ignored a crisis in its ranks?

Well they are all Republicans, just not Trumpers. What would you expect?

This is … not flattering at all. Not surprising - when there’s a grift to be had, grifters gonna grift - but it’s definitely going to cause some people to have a second thought about … ah, who am I kidding, 3/4 of this nation has an attention span shorter than the time it took to read the first sentence of this post and a dedication to taking a stand on something that’s even worse. 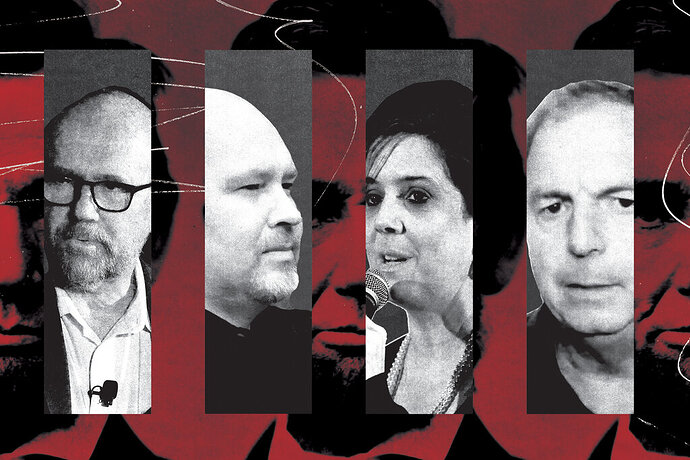 Inside the Lincoln Project’s Secrets, Side Deals and Scandals

A civil war broke out in the group as it antagonized Donald Trump, with leaders splintering over financial arrangements and revelations of online harassment by a top official.