I think Jeff Bezos is responsible for COVID so everyone has to stay home and order everything online.

Any reason for starting this conversation in the Site Feedback area?

Don’t tell BG5150 where to post, you’re not his real dad! You’re not even his fake dad!

I am my father! 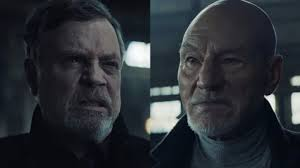 VA is BG’s older brother, not their dad.

And they are both attempting to hack into our computers via this site so that they can cover up a huge government spy campaign. Huge.

How do I move this to Political?

I think the best way is to just report the first post (regardless of who started the thread) and ask for it to be relocated.

BG150 started this thread in Site Feedback in order to cast suspicion on GoActuary, so that he could build membership in his private new ao forum, and reap big sales moneys.

that’s what they want you to think. The truth is even more unbelievable.

Conspiracy theory: The New York Jets purposely allowed a 46-yd TD with 5 seconds left to improbably lose the game and remain winless for the season. Winning the game would put into jeopardy obtaining the number one pick in the 2021 draft.

Support: Jets sent an 8-man blitz on that play. It is the only time any team this year has rushed 8 with less than 30 seconds remaining in the game.

Rudy to fake his own death in final weeks of 2020.

The New York Jets purposely allowed a 46-yd TD with 5 seconds left to improbably lose the game and remain winless for the season. Winning the game would put into jeopardy obtaining the number one pick in the 2021 draft.

Mark Zuckerburg was actually created by Bill Gates in order to move forward with his goal of taking over the world.

So that explains why the Jets have sucked for the past 50 years?

Everyone knows that COVID was cooked up by nerds so that they wouldn’t have to be social. They got help from dogs who wanted their owners to stay home with them.

The real reason so many odd and crazy things are taking place such as global warming being down played, rampant viruses like COVid 19 and AR 779 is – they are all brutal attempts to keep the AI in check. The singularity has occurred and has proven to be anti-human. The PTB are busy attempting to keep it in check with random stress that disruption events fouling its need for patterns.

Han Solo is an assistant coach for both the NY Giants and The Washington Team.