The shit that Republicans, whose loyalty is to party over country, would do without a filibuster is pretty scary.

The current make up of the senate, which is 50/50, is the result of three elections in which, Ds outvoted Rs by 25 million. I’m not keen on making slim majorities more powerful here, as I suspect my team will be on the losing side most of the time.

Thanks God for Susan Collins, Joe Manchin, and the too few politicians like them.

They understand that the checks and balances in the Constitution and things like the filibuster are intentional features of our government and not things to be done away with.

I think it should be restored for court appointments.

NO. Do not consolidate power. Tweak it to force on topic discourse.

They understand that the checks and balances in the Constitution and things like the filibuster are intentional features of our government and not things to be done away with.

This could not be more false.

-The filibuster is not in the Constitution.

-The filibuster was created entirely by accident. It came about because Burr argued that the (simple majority) rule preventing senators from talking too long was unnecessary, since nobody used it.

-The Founders considered that supermajority rule was a major flaw in Article of the Confederacy. They chose to abandon it when they wrote the Constitution, and ranted against it in the federalist papers.

Okay. I thought my wording made clear that the filibuster was not in the Constitution. (If it was it would require an amendment to change, not just a rule change in the Senate.)

The Articles of Confederation did require a supermajority and it was a flaw. Of course the articles also gave Congress judicial, legislative, and executive powers. They also reserved all powers not expressly granted to the Federal government to the states and required approval from ALL states to change those powers.

Okay. I thought my wording made clear that the filibuster was not in the Constitution. (If it was it would require an amendment to change, not just a rule change in the Senate.)

I agree that the Articles of the Confederacy had a lot of other issues.

I don’t know if I’d go as far as saying it’s Unconstitutional, so much as a big loophole in the Constitution.

I liked david frum’s essay advocating for eliminating the filibuster. 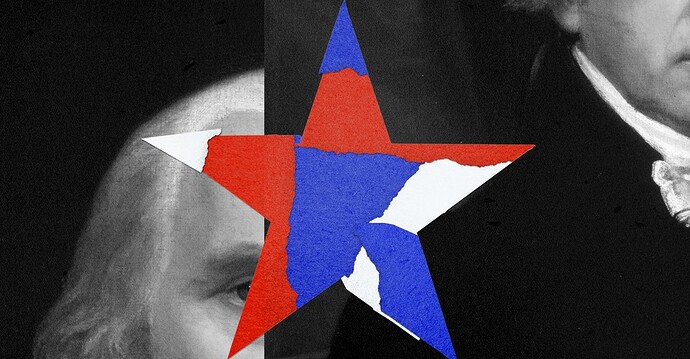 The Founders Were Wrong About Democracy

The authors of the Constitution feared mass participation would unsettle government, but it’s the privileged minority that has proved destabilizing.

As i recall, he argues the filibuster creates instability, for reasons that include forcing governance through executive orders that are more fickle relative to legislation, and by allowing a small group of senators to disrupt governance, with one example being ted cruz threatening the united states’ debt ceiling increase all by himself.

About the fillibuster: My, very limited (i.e. based on Mr. Smith) understanding is that it is a “someone gets up and refuses to yield the floor” type situation. When did it become a “we just don’t want to do this - so FILLIBUSTER” thing? Is it just a threat and then the other side backs down now? If we went back to making someone read the phone book for 10 hours, woud that be better or worse?

Unless I just have no idea what I’m talking about…

we need to nuke the party of trump if we are nuking the filibuster. won’t end well otherwise.

A one-L filibuster is a political stoppage of legislation
A two-L fillibuster is eating so much you explode.
But I’ll bet my car, an old ruster,
That there is no three-L filllibuster

You do realize the Democrats aren’t stupid and that the reason they aren’t so quick to get rid of it is because they knew the second they go out of power, it would come back to bite them in the ass, right?

Will it hurt the Democratic party and their goals?

Or will it make it harder for individual senators by forcing hard votes on them, and increase accountability?

The filibuster sounds pretty undemocratic to me but we have nothing like it in my country. That said we have Queen’s consent which sounds and is worse.

The filibuster isn’t what was originally intended by the Constitution writers, but I think it’s been a pretty successful check and balance tool. The Senate generally operates with a certain level of decorum (although I know of at least one Senator that most of this board probably hates that doesn’t adhere to that), and I think the filibuster is a good aid in maintaining that plus the legislation that comes out of it.

Biden seems pretty committed to bipartisanship, so the idea of getting rid of the filibuster right now is just plain dumb, and goes against that goal.

I think it’s telling that even when obama et al went with what was essentially the republican plan for health care reform, they democrats still needed a supermajority to pass it.

Ensuring only essential bills pass is not the same as encouraging bipartisanship. True bipartisanship involves a dialogue that synthesizes both sides into a better bill. Instead the filibuster seems to encourage the minority party to agree to nothing, because ultimately they don’t have to.

The democrats are still feeling the pain from democrat Harry Reid’s decision to change the number of votes needed to confirm judicial nominees and federal appointees.

You do realize the Democrats aren’t stupid and that the reason they aren’t so quick to get rid of it is because they knew the second they go out of power, it would come back to bite them in the ass, right?

Yes, I’m aware the democrats have almost no chance of controlling the Senate in a typical election. Republicans get something like 10 million free votes. Still, doesn’t imply that the filibuster is a good thing.

So could the repubs have gotten rid of the filibuster last year? I dont understand why the decision falls on Dems all the time for this disucssion?