What does job title progression look like in your company for an actuary/student from entry level to X?

I have never been in a company with very well defined job titles/progression but was discussing this with some auditors who have very well defined roles and titles, so much so that you must have at least X years of experience to have title Y. That made me curious to see if my experience in smaller consulting shops is different than what some of the (maybe) bigger companies out there do.

Not really a thing in insurance. My wife is an auditor and yes how long you spent at a particular title is a hiring criterion. For example if it took you 4 years to get promoted from associate to senior associate (instead of 3 at PwC and 2 at the other B4 firms) it hurts your chances. Each B4 employee is aware of the timeline at their own company and that of the other B4 firms.

My company’s documents describing this are all labeled “confidential/proprietary”, so I’ll be vague.

We have seven actuarial job levels below officer level. While there is a matrix of experience vs exam status describing the levels, they aren’t gospel.

The lowest level would be entry level (obviously), and students should expect to be promoted after about a year (if they weren’t hired into the second level due to internships+exams).

The fourth level is where most students will land at ACAS. I do recall one former team member who just blew through exams a lot faster than normal; he was promoted to the fourth level when he got his FCAS, even though his experience was a bit light as compared to most ACAS’s; but a bonus program kicks in at that level, and it just didn’t seem right for a Fellow to not be eligible.

The top three levels are managerial or “individual contributor” roles. While Fellowship is increasingly desired as you go up (especially for the top level), it’s really your qualifications that drive promotions here.

Might be another step at entry-level, I can’t remember. There’s also “Actuarial Manager” if you’re managing a group, but not director-level. If you’re not exam-track, “Analyst” is replaced with “Assistant” and the top spot is Sr. Actuarial Assistant.

My company’s documents describing this are all labeled “confidential/proprietary”, so I’ll be vague.

The first would make zero sense. The second, … really doesn’t make any sense either, IMO, but I’m also a pretty logical person so maybe the problem lies there.

I think I’m the only person with the actuary title at my company.

The HR document where the formal titles, job descriptions, and requirements is marked confidential/proprietary. I don’t think the information is particularly sensitive, and it’s probably not too different from other companies’ (except for variation in job titles, perhaps)…but I don’t want to get in trouble for propagating corporate intellectual property.

(Seemingly every formalized document that isn’t intended for public consumption gets tagged.)

Oh. One of those ways of doing things.

I think I’m the only person with the actuary title at my company. 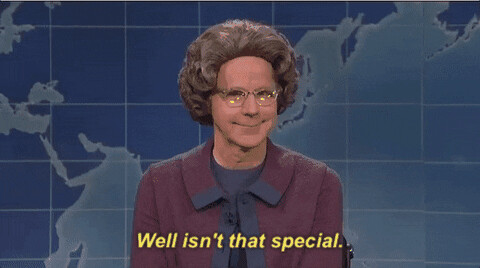 The other had six when I started and transitioned to three. They sweetened the exam raises considerably when they reduced the number of promotions such that more of a student’s pay increase came from exam raises and less from promotions. I think that was part of the motivation for the change since the company’s exam raises were originally low compared to competitors, but the total comp was in line due to the fact that students were getting promoted all the freaking time. But when an interviewee would ask to see a copy of the student program… the exam raises looked crappy compared to other companies. By having fewer promotions and bigger exam raises that kept total compensation about the same but brought the exam raises in line with the rest of the industry.

I always explained about the many promotions/ crappy exam raises to interviewees, but I didn’t interview every would-be student and I’m not sure others explained it very well. I suspect we lost out on a few good candidates because of that.