She is suing sesame place for $25 million dollars over this incident. At first i wasn’t sure if it was racist, but upon thinking it over i cant really think of a better explanation here. Not worth $25 million dollars though. A sincere apology by sesame place and probably should terminate the employment of the character and train the rest to not be racist should probably happen.

I can’t see anything when I click on the link. What happened? 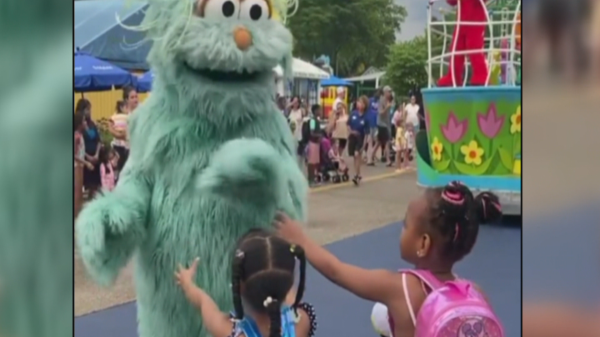 Family Of 2 Girls In Viral Sesame Place Video Working On Resolution With...

The family says that other groups like the NAACP and the Congressional Black Caucus are also calling for a meeting with Sesame Place to work out a resolution.

yes. not sure why my link doesn’t work for you. it’s a link to instagram. same story though.

Here’s another news story with a longer / different clip that includes the same character snubbing a younger black boy after he snubs the two black girls.

Does seem like it’s likely racist, especially when you put the two families together.

the comments in the instagram post by a bunch of whiteys have arguments why it isn’t racist which made me think a little more, but i think they are wrong.

Perhaps, kind of hard to tell from just the news article cause you don’t get the whole story. But if it was it’s not worth $25m. Regular people get racist’d for far worse things on a daily basis and have no other option than to shrug it off.

An apology would be nice, though.

when i went to Sesame Place, i would estimate it to be half black people. it is unfortunate the little girls were overlooked, but i doubt racist.

The explanation of the wave off ( and prior finger wag) was someone trying to get through to get a selfie.

ah, that seems plausible since the wave off came right after the finger wag, so it might have all been the same gesture towards the selfie jerk, and the character might have not actually seen the little girls at all.

it did seem strange and a bit unbelievable that a character at an amusement park would be flat out racist towards 5 year olds, but what do i know.

If that’s what happened why is the mother still screaming about racism? It isnt in her kids best interest to be calling racism when it was a simple misunderstanding

Or maybe she really does think it was racism.

well, sesame place offered to have a meet and greet with her kids and all the characters. if it was truly a misunderstanding, it’s not in her kids’ best interest for the mother to continue to make them out to be victims when they weren’t.

I agree. There is still that “if” to deal with. And I’m sure the mom had different information and perspective than us.

I’m not going to judge whether she is right or wrong just yet.