and they also ignore the fact that no president can change the economy that fast. So whatever’s happening in the current administration’s economy is likely the trickle down effect from the previous presidency

Like the guys who in 2018 who supported Trump’s anti-immigration views because they would help increase wages are now are now mad that fast food workers are making $16 an hour, and blame Biden for that.

yup, they praised Trump for what Obama did, and blame Biden for what Trump did.

What am I missing? If I was a conspiracy theorist I would say the Fed is trying to cause unemployment to lower wages and make workers less expensive. 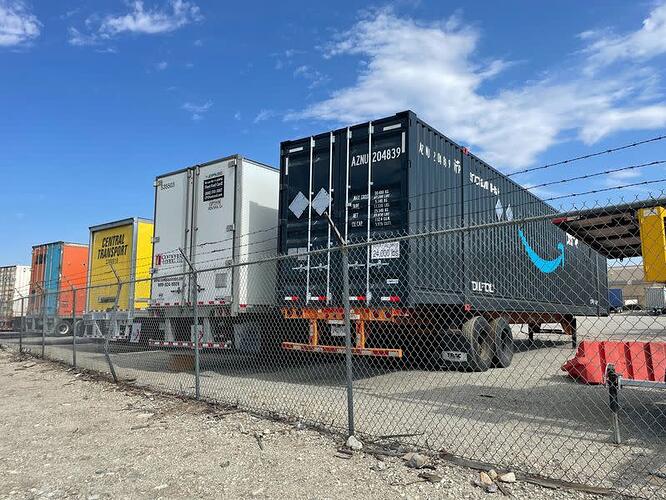 America's biggest warehouse is running out of room. It's about to get worse

America's largest warehouse market is full as major U.S. retailers warn of slowing sales of the clothing, electronics, furniture and other goods that have packed the distribution centers east of Los Angeles. The merchandise keeps flooding in from...

all stocks and crypto are rebounding.

prepare for the next boom! I’m ready to get rich

Going to be interesting to see the CPI this month. I cant imagine the month over month number won’t be tiny and possibly slightly negative. YoY is still going to be over 6% but right now I’m looking for the inflection point not the yearly number.

I’m ready to get rich

You don’t get rich with appreciating assets. Go buy something diamond-encrusted!

With zero increase from June to July, the July year over year increase would still be 8.54%.

So it would take a pretty significant decrease to get down anywhere near 6%. In fact, if the CPI stayed at the exact same number it was in June all the way to December, the December year over year would be 6.28%.

While I wouldn’t bet against the CPI dropping this month, I have my doubts since a lot of the pricing takes place earlier in the month than later and it seemed most of the decreases I heard about started during the 2nd or 3rd week of July.

And I do expect the CPI factor to be lower in December than the June number but not by much. So I wouldn’t be surprised if 2022 inflation (Dec/Dec) ends up over 6%. Unless the price of oil drops below $70, then I could see a significant decrease in the CPI. But I don’t have any expectation that oil will drop that far.

Oil price drops below $90; where it was in February before the Russian invasion of Ukraine.

How much help would restarting student loan payments make in the consumer inflation battle? Methinks quite a bit.

Consumer spending is a little over $1 trillion per month. I don’t know about the elasticity.

If it shows significant lessening, the Dems will focus on the one month headline CPI and the GOP will only talk about the YTD or YOY or core inflation.

I think inflation is reducing so slowly because the economy was and is continuing to do well regardless of Covid. We would be looking at higher inflation even if Covid never happened. Chances are unemployment would be lower and total employment would be substantially higher. Of course the Donald would probably still be President.

If it shows lessening like April did, surely Democrats will celebrate it this time. The Biden administration has been such a dumpster fire, they need something to celebrate. I wonder if they would try to credit their Inflation Reduction Act. That would be shrewd but I wouldn’t be surprised.

Seeing predictions of a .2% MoM number for July. That would annualize to 2.426%. Does the Fed take a wait and see with that number or keep jacking the overnight rate?

That would give a year over year of 8.75% along with the jobs report, they will still raise rates to keep slowing things. One month won’t cause them to wait and see. I mean look how long they waited to see if inflation would moderate on its own.

Both lower than expected.

Should be good news for the stock markets and Joe Biden.

Though it was almost all because energy dropped so much though electricity was up. Gasoline was down 7.7% m/m while food was up 1.1% m/m. Though all items less food and energy was up only .3% which ties March as the lowest this year.

And energy continues to drop precipitously, so there is a good chance Aug will be down again as well, while everything else pretty much continues to increase.