We had a similar thread on the AO that I found interesting. Opening this one with an obit I came across today. 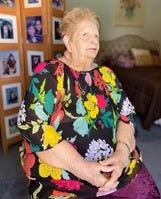 Renay Mandel Corren El Paso, TX—A plus-sized Jewish lady redneck died in El Paso on Saturday. Of itself hardly news, or good news if you're the...

There’s an interview with the (I think?) son, where he talks about it.