Innumeracy: is there anything it can't do?

Exponential Growth Bias (toward linear) has made people believe that COVID-19 is not as bad as it is, spreading-wise. 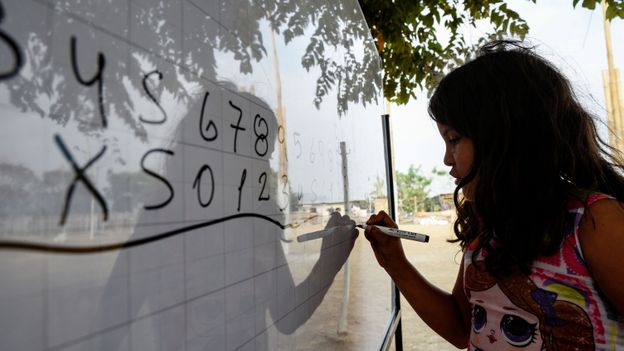 A simple mathematical mistake may explain why many people underestimate the dangers of coronavirus, shunning social distancing, masks and hand-washing.

In March, Joris Lammers at the University of Bremen in Germany joined forces with Jan Crusius and Anne Gast at the University of Cologne to roll out online surveys questioning people about the potential spread of the disease. Their results showed that the exponential growth bias was prevalent in people’s understanding of the virus’s spread, with most people vastly underestimating the rate of increase. More importantly, the team found that those beliefs were directly linked to the participants’ views on the best ways to contain the spread. The worse their estimates, the less likely they were to understand the need for social distancing: the exponential growth bias had made them complacent about the official advice.

The good news is that people’s views are malleable. When Lammers and colleagues reminded the participants of the exponential growth bias, and asked them to calculate the growth in regular steps over a two week period, people hugely improved their estimates of the disease’s spread – and this, in turn, changed their views on social distancing. Sele, meanwhile, has recently shown that small changes in framing can matter. Emphasising the short amount of time that it will take to reach a large number of cases, for instance – and the time that would be gained by social distancing measures – improves people’s understanding of accelerating growth, rather than simply stating the percentage increase each day.

Lammers believes that the exponential nature of the virus needs to be made more salient in coverage of the pandemic. “I think this study shows how media and government should report on a pandemic in such a situation. Not only report the numbers of today and growth over the past week, but also explain what will happen in the next days, week, month, if the same accelerating growth persists,” he says.