I don't get the Jeff Bezos hate

He kind of spent 2.5 decades building up and running Amazon, like, I’m not sure if many people have heard of it, but it’s that one company that revolutionized ecommerce and logistics, so it’s not like he didn’t do any work. As CEO, he’s pretty much responsible for where the company is today. It also takes a lot of work to simultaneously do that and build up your own private aerospace company as well. So let him enjoy his joyride into space?

I’m gonna get back to waiting for my new smart toilet to arrive, in 2 days of course.

Even though I am a regular Amazon shopper, the Amazon experience is more about maximizing profits for Amazon than providing a good customer experience.

Amazon has a bad rep for mistreating employees.

There’s a growing consensus that it really sucks that billionaires don’t pay very much in annual taxes by using and abusing tax loopholes and other tax avoiding strategies not available to laymen.

It’s a coldhearted, ostentatious display of wealth to spend hundreds of millions of dollars on a toy (that’s what I will call his rocket) when your company uses software to fire workers based off of a disreputable algorithm.

as for Taxes, perception and reality. I believe most of these billionaires take what is legally allowed to them. The true crooks like Trump are few and far between. But none are going to pay more than legally requested. I put that on the politicians who bend over hoping for the big bucks

I believe most of these billionaires take what is legally allowed to them. The true crooks like Trump are few and far between.

I’d frame it as billionaires, corporations, etc. have an incentive to minimize their tax liabilities, and they understandably do so. Most of this is done legally, but there is a public perception of unfairness, especially in the broader context of broadening wealth inequalities in the US and the rest of the world.

And then, yes, there are those (with Trump being a probable prime example) who bend or break the rules in the interest of minimizing or avoiding their taxes.

All of them bend rules, all of them pay tax consultants to make sure they don’t break them. (Or at least they have an argument that they made a good faith mistake to avoid jail time.)

Bezos has the money to fulfill his longtime dream. Good for him. The fact that he is pushing private space development which is lowering the cost to get items to orbit is good for us all. If you’re ticked about the taxes thing push to close the loopholes. 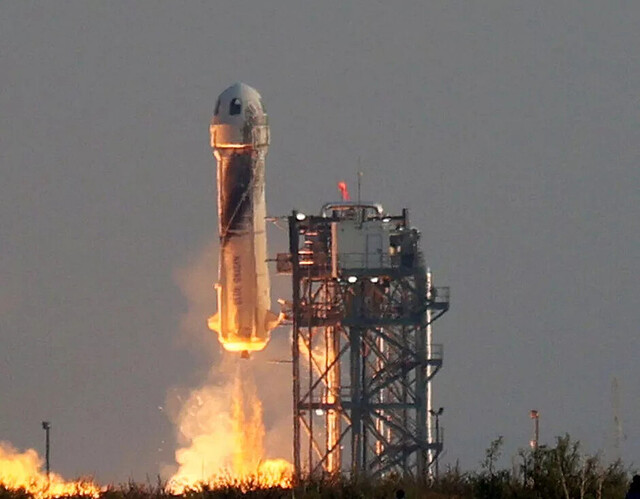 I wish he leaked his d pic.

Look at that thing. I know we hear about guys with loud cars having a small ween so maybe there’s some correlation here.

how was this verified though

That’d be awesome if he pulled it out and it was above average sized and sort of resembled the rocket he just flew in.

Bezos: I modeled it after this [zzzzip]

That rocket was obviously designed buy guys who got cut

nope, you can see the folds below the head. looks uncut

All speeders are subject to local penal codes

my hate is this: he has gazillions and can do what he wants with it. including the vanity project of space tourism. (nitpick by me on the technical def of “space”)

but why was it covered wall to wall yesterday? why was the “crew” called that when they had no critical function but to occupy a seat? the list goes on.

he/they participated in a KICK ASS thrill ride. but it wasn’t interesting to me. except for the shape - that was ridiculous and awesome 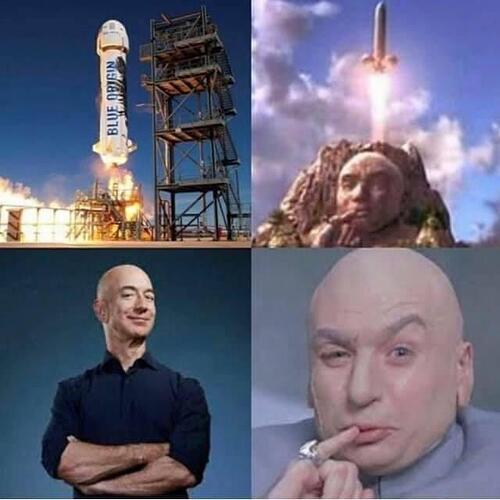 Only thing missing from his rocket was the balls.

i don’t understand politicians that vilify bezos for not paying taxes. Bezos doesn’t pay a fair share because the law allows it. The law is the problem, not bezos. And whose fault is that? It’s the politicians fault! I’d take a thousand bezos over a thousand politicians any day

let’s face it. if a black woman did the same thing bezos did, she’d get nothing but praise. they’d be all “go girl, you worked so hard for your dream!”

bezos had a fantastical idea that in the future, factories could operate in space, and thus pollute in only in space. I wonder if that works for nuclear reactors also. This guy thinks big and can actually do it