How to fix the pharmaceutical market?

Idea number three, and it’s a doozy. Value Based Care - I work in the space so don’t trust my word. If you can make physicians accountable for cost and quality, I think there is a sweet spot.

Now, defining quality is a whole gigantic thing. And then the other side of defining financial outcomes, well that’s not much easier. But at least you can get the incentives more aligned with these ideas. My opinion.

I think getting rid of that incentive would be a bad idea, why try doing something that will likely fail if there isn’t big upside?

An alternative could be though the government offers to buy out the patent, but I don’t think that would ever make financial sense unless you had a single payer system.

Makes it a bit like P&C… incentivize loss mitigation to improve the overall health of your insurance book. The doctor becomes a bit like an underwriter or broker in that way.

Isn’t that basically the idea behind HMOs?

I think getting rid of that incentive would be a bad idea, why try doing something that will likely fail if there isn’t big upside?

No, I meant that we should leave that part in. Though maybe my tone suggested otherwise? Lul.

And that maybe if we let that part stay we could do something more practical when the patent ran out. Like just force lower prices.

Sort of, yeah. Insurance companies narrowed networks and ramped up prior authorization, and people hated the hoops they had to jump through. All of that is sort of back under the guise of Managed Care.

It’s tricky. You might really want patients and doctors to call the shots but that leads to high costs if it’s unchecked. Doctors often choose solely on clinical outcomes. Patients factor in cost, but they mostly only care about OOP costs. So now payers are stepping in to control costs. Getting incentives aligned, well, if it were easy someone would have done it.

I think there’s a session on pharmacare in the SOAImpact 2022 agenda.

The ASP mechanism actually drives down the price of drugs over time. The ASP price is set by CMS and it’s set every year as the average net price of a drug minus its rebates and that becomes the new ASP price CMS pays on their end and all the plans pay what CMS pays plus some % and then we get our rebates based on WAC which doesn’t changes so the effective price of the drug keeps getting lower for all parties to buy. Weird dynamic but it pits the system against itself and slowly erodes the cost every year. These are only applicable for injectable drugs though administered at a medical practice.

Maybe for some drugs. This was not my experience in oncology, where manufacturers raised prices annually for most drugs and quarterly for some. Mostly branded drugs like pegfilgrastim, ipilumimab, trastuzumab, pembrolizumab. The price of palbociclib didn’t even go down when ribociclib and abemaciclib came out, they all hovered around $13k per month until I left the industry. They just upped the prices they charged the distributors and ASP followed suit.

The one that always struck me as being super annoying was cyclophosphamide, a drug from like 1959. Forget the manufacturer, they basically raised the price by 15% per quarter for like eight years.

Maybe it works better for some classes of drugs?

But that’s just ASP, my main objective is then paying providers 6% or so on top of that. That gives providers incentive to push $$$ drugs so they make more drug margin. I don’t know about other specialties, I know in oncology (which accounts for 10–12% of total medical spend) drug margin is about 2/3 of total provider comp. Maybe $400k per year, per physician.

The ASP mechanism actually drives down the price of drugs over time.

That’s interesting… thanks for the subsequent explanation of how that works.

If you had a [price] + $20 (or whatever is reasonable) reimbursement instead of [price] * 108% but calculated the price the same way, wouldn’t that still drive down the price in the same way?

Or would it take longer because fewer people would be on the expensive drug if there was a cheaper alternative? Still sounds like aggregate costs would go down as providers wouldn’t have a financial incentive to pick the more expensive drug.

Geez, I should’ve been an oncologist.

Or would it take longer because fewer people would be on the expensive drug if there was a cheaper alternative?

I wonder how often there is a cheaper alternative that’s comparable in terms of safety and efficacy, and significantly cheaper.

Not to say we should just punt on trying to squeeze here, but I wonder if 75% of total drug spend is tied to single source drugs with no real alternative. And even if there are alternatives, sometimes they aren’t any cheaper. See my comment above about the CKD 4/6 drugs like palbociclib.

It’s a lucrative field. If you just put your head down and see a patient every 15-20 minutes you can clear seven figures. Seen it done.

Sadly, those docs usually have poorer clinical outcomes. This is what I’m trying to correct. 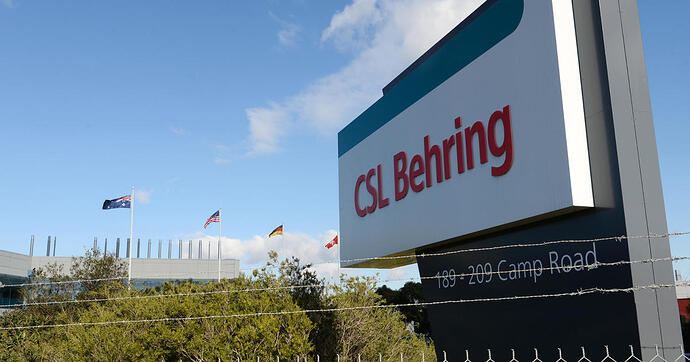 FDA approves most expensive drug ever, a $3.5 million-per-dose gene therapy...

The single-dose medicine "represents important progress" as the first-ever gene therapy for the rare disorder, the FDA said.

Interesting case here as it cures something that costs even more that that to treat.

my understanding of the gene therapy for hemophilia is that it has 5 year of efficacy. not a total cure.

so it could certainly take someone who costs $400K a year and changes them from $400k x 5 to $3M/0/0/0/0. Such a person would have better quality of life (far less fear/concern for bleeds, perhaps able to do things they have avoided, etc.).

and the way healthcare is treated now, the owner of that bill is whichever carrier happens to be on the case when the individual gets the treatment. so it (among other treatments like it) is spurring some movement to spread costs across years but I have not seen anything concrete yet

Snippet below from the article, it sounds more like it might take it from $400k/yr to more like $3.5M upfront plus $100k or $200k per year. Still a real clinical benefit, no doubt.

When I left oncology, there were a few manufacturers doing ‘value-based pricing,’ where they set certain goals related to time to reoccurrence or overall survival or whatever, and got paid according to those outcomes. I’d like to see more of that, it won’t be perfect but I think it’s largely progress.

The question of what a drug is worth is a really tough question. Because if it’s for you or a family member, that affects your answer. But when you’re talking $3.5M, it’s kind of a question for society since the costs are socialized.

“The FDA said it granted approval based on two small studies, including one that showed those taking the drug had increased levels of the clotting protein, reduced need for standard treatment and a 54% drop in bleeding problems.”

No one owes anyone a cure. If you can’t afford it, discover your own cure. Yes that goes with all non-subsidized cures (which this may not be).

If you can’t afford it

Nobody ‘affords’ it. Your insurance company or government plan buys the drug.