Never had to look this up before for fringe lines, and usually someone else already has the loss costs prepared.

Anyone know where to look?

actually, any bureau for that matter

Moved to an area where you might get better traction for the question.

If you need it back in Sandbox for a while longer, let a mod know and we can move it back.

Hm. Without an ISO login, it does appear difficult to answer your question. I would think ISO’d want to advertise what it actually publishes. Seems strange. Although ‘fringe’ line makes me think it’s less likely to actually have published loss costs anywhere.

Without knowing which “fringe” . . . but I’d hazard the guess that it’s likely “buried” within some other line.

That’s a good point. You can PM me with specifics if you’d like and I can try to be of further use.

A little quality time with Google revealed this link from the Texas DOI. I haven’t dug too deep, but it might provide a clue or two. 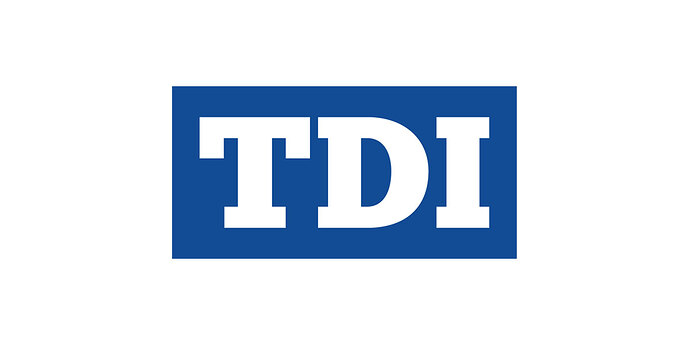 Agreed, but I have the sense that JSM doesn’t have ISOnet access, and the question left open the possibility of other rating bureaus.

And I’m fairly certain the line isn’t buried. I believe it has its own line in the financial statement.

Thanks! Yeah doesn’t seem like my line is listed.

Here’s another thought: You could call ISO/state bureau and ask, although if your company is not a member or subscriber, I don’t know if they will reply.

Or you could call your favorite insurance department actuary and ask.

And as long as we’re on this subject, aren’t insurers supposed to report their data to insurance departments, a function that rating bureaus do on behalf of insurers? How do fringe lines get reported? How do E&O and D&O get reported to the Florida Insurance Department, for example?

It’s been 15ish years, but back when I was working on on-boarding various oddball specialty P&C products, discussions on setting up the coding for those products usually included a consultation with our stat reporting group.

My (possibly erroneous) impression is that ISO stat plans include codes for business that doesn’t align with their loss costs, and/or supports broad “all other” sorts of coding.

High level data gets reported to comply with requirements…but details to do fun analysis would be sparse.

How do E&O and D&O get reported to the Florida Insurance Department, for example?

I bet most companies don’t write E&O or D&O out of a company domiciled in Florida. Every place I’ve worked that wrote that kind of stuff was actually a group, and had a lot of underlying legal entities. That being said, I’ve never worked in reporting or compliance, and I have no idea what the rules are about writing a commercial FL coverage out of your Bermuda or even Delaware corporation.

Doesn’t an insurer report its state data to every state where it is licensed, regardless of state domicile?

The statistical bureau collects stat plan data and handles this reporting requirement for the major lines. I’ve never been clear how the insurance department gets data for the fringe lines. Or do they not worry about this?

Doesn’t an insurer report its state data to every state where it is licensed, regardless of state domicile

Anyhow, I’ve certainly looked up info that ISO created, but as I said above, I have no experience in reporting or compliance, and I’ve always worked for large companies that have departments to do that stuff. (I’ve also spent most of my career on the large commercial side of things, where contracts are negotiated, exposure measures may be negotiated, and there’s an awful lot of actuarial work that is very far away from whatever we end up telling the states.)

I’m sure there is always some measure of exposure to allocate business. Even the president’s salary is going to be allocated by line of business, profit center, etc.

I think one of Sholom’s papers includes a statement about there are many things that are done for accounting and reporting purposes that are not explicitly told to the states.

When I worked in primary, we once had a large WC policy that had an underlying state manual rate pricing, but somehow for the NCCI and Page 14 reporting the entire premium got allocated to the first state alphabetically, which was Alabama. The next year this got fixed, which resulted in a negative premium for Alabama, who otherwise was a small state for us. My recollection was that NCCI was not amused.

But normally WC, Commercial Auto, and all the personal lines are pretty easy to allocate to states. I’m not so sure about some of the other lines. If anyone does that, and knows how it’s done, I’d be curious.

I got curious and did a little more poking around (after confirming that my ISOnet login doesn’t get me access to their stat plan documents).

It references an NAIC handbook: https://content.naic.org/sites/default/files/publications-sta-zu-statistical-handbook.pdf

That handbook’s most recent copyright date is 2012, so I’m not certain if that’s current…but it has the following scope: 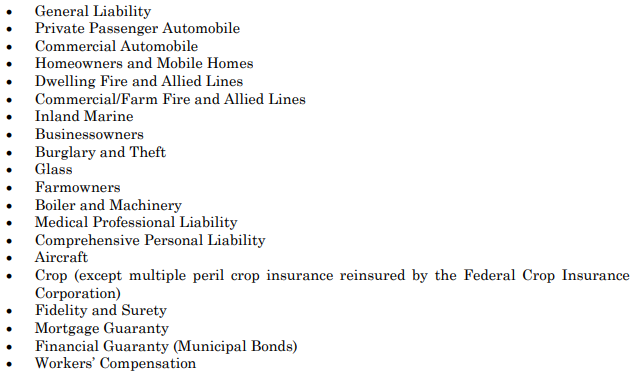 A few tidbits I saw in other states seem similar (e.g., I think a Vermont reg reads similar to the NAIC manual, with the addition of “other lines as determined by the Commissioner”), although I do note that Florida apparently has a data call for claims data for certain professional lines claims.

Thinking back to my work oboarding and working with new/oddball products…I don’t actually remember having to go into gory, tortuous detail with many of the professional lines coverages, and the challenges I sometimes had with inland and ocean marine data would have hinted at problems in reporting to a statistical agent.

I wonder if the answer to the question, “How do E&O and D&O get reported to the Florida Insurance Department, for example?” is simply that they don’t get reported beyond what’s implicit in the annual statement/IEE/etc, surplus lines statement if applicable, rate filings if applicable, and any special data calls from the state.